Where does Turkey stand on Donbass? 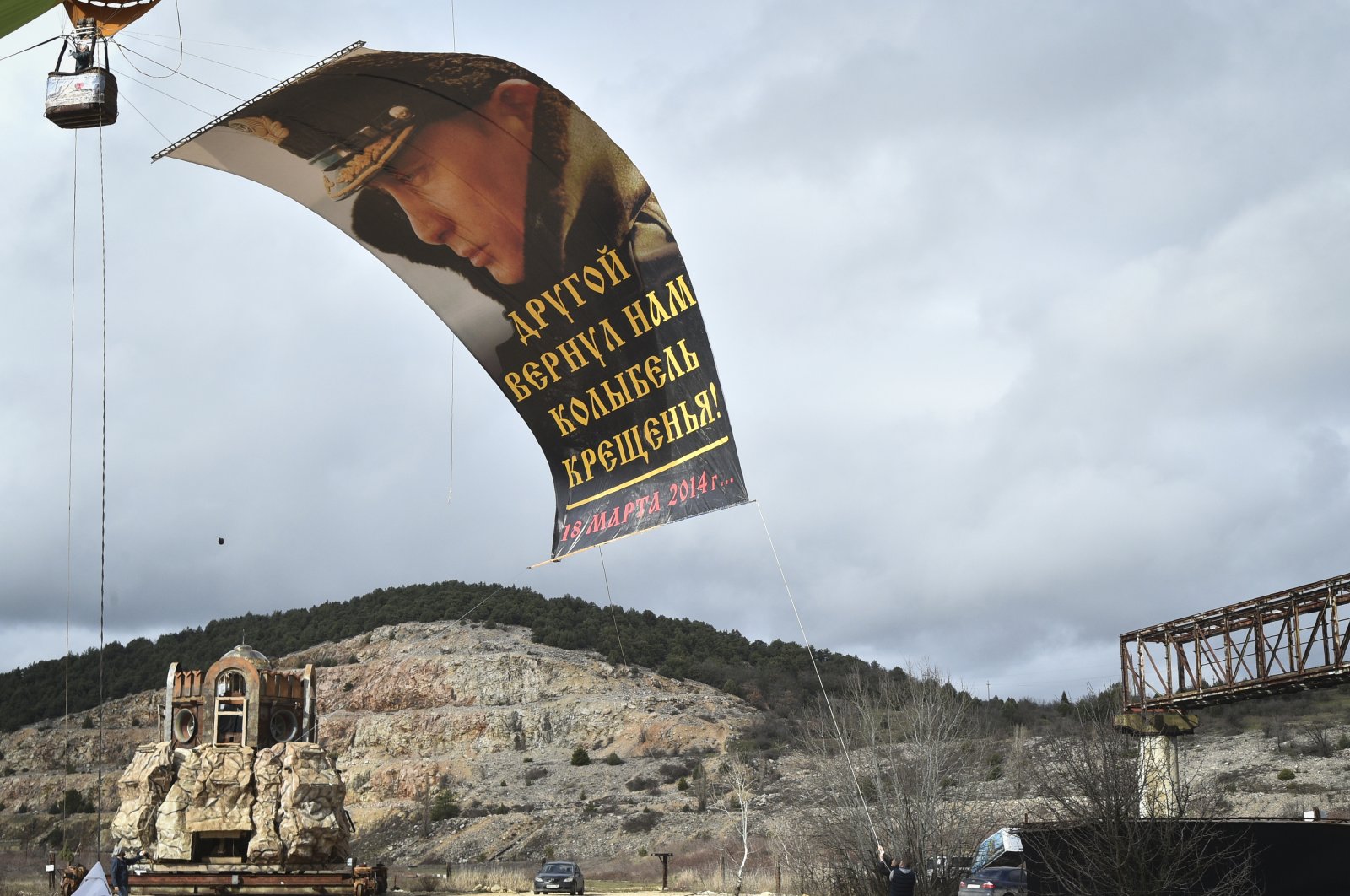 Enthusiasts fix a portrait of Russian President Vladimir Putin to a balloon during a celebration of the anniversary of Russia's Crimea annexation from Ukraine in 2014, in Sevastopol, Crimea, March 18, 2021. (AP Photo)
by Yahya Bostan Apr 07, 2021 12:05 am
RECOMMENDED

Tensions in eastern Ukraine, where a bloody conflict erupted in 2014, recently reached a high-water mark – not counting the region’s push for independence and Russia’s annexation of Crimea.

No less than 13,000 people have lost their lives in a low-intensity conflict between the Ukrainian government and pro-Russian separatists in the Donbass region.

Although the parties shook hands on a comprehensive cease-fire in July 2020, the recent escalation results in frequent violations of that agreement.

Donbass became the center of attention, once again, due to the March 26 killing of four Ukrainian soldiers by Russian separatists. Those casualties pushed this year’s death toll to 20.

Accusations and increasingly aggressive statements traded between Kyiv and Moscow have fueled concern for the region’s future. Nowadays, Ukrainians warn of a Russian military buildup along its eastern border and in Crimea under the guise of a military exercise.

In response to that heightened activity, Ukraine’s President Volodymyr Zelenskiy signed off on a military security strategy that aims to liberate Crimea.

The president also warned that the Russian military buildup posed “a serious threat” to Ukraine, NATO allies and all of Europe. He added that joining NATO was a priority for his country.

Ukraine wants to join NATO to seek shelter from Russia under the alliance’s protective umbrella. In a phone call with Zelenskiy, United States President Joe Biden expressed, in no uncertain terms, Washington’s support for Kyiv.

Russia, in contrast, does not want to see NATO troops right across its southern border. Moscow recently stated that it would ensure its own safety by taking additional precautions if Washington moves to deploy troops to Ukraine. It was also noteworthy that Russia’s foreign minister, Sergey Lavrov, warned against an escalation by Ukraine, which, he said, will result in the country’s destruction.

Where does Turkey stand on the Donbass conflict? The answer to that question is important for many reasons.

First of all, Turkey is a NATO ally. If the situation in Donbass evolved into a confrontation between the alliance and Russia, which is probable, that development will be very significant for Ankara.

At the same time, Turkey is one of the littoral states in the Black Sea. The straits, which connect the Black Sea to the Mediterranean, are located within its borders.

Any military escalation will add to the strategic importance of the Black Sea.

The country, which neighbors both Ukraine and Russia, also has close and warm relations with the latter. Although Ankara and Moscow were on opposite sides in Nagorno-Karabakh, Syria and Libya, and experienced certain military tensions on occasion, both sides managed to focus on the positive.

There are strong ties between Turkey and Ukraine as well. From the Turkish perspective, Crimea, which Russia annexed, represents much more than a piece of land.

It is historically significant. That’s why Ankara has publicly opposed Crimea’s annexation on various platforms.

Turkey also has strategic partnerships with Russia and Ukraine, especially in the area of defense and military affairs. Here’s how one of the sources in the Turkish capital recently described the state of Ankara’s relations with Moscow and Kyiv: “The gates of diplomacy are wide open, from top to bottom, with both nations.”

Zelenskiy’s upcoming visit to Turkey (and that he and the Turkish president will co-chair a meeting of the Turkish-Ukrainian High-Level Strategic Council) attests to that fact.

The Turks have also established the same diplomatic ties with Russia. The Turkish-Russian High-Level Strategic Council’s meeting is expected to take place in the second half of 2021.

For those reasons, Ankara faces a delicate situation in the Donbass region. According to sources familiar with Turkey’s foreign policy, the Turks are monitoring the situation very closely. They do not favor a military escalation, citing its detrimental impact on regional stability, and advocate a political solution.

Notwithstanding, Turkey continues to express its unhappiness due to Crimea’s annexation at the highest level. Ankara, which is in contact with both sides, probably would not hesitate to step in if an honest broker is needed to keep the cease-fire going.