A new Holocaust in Middle East: Who will save children? 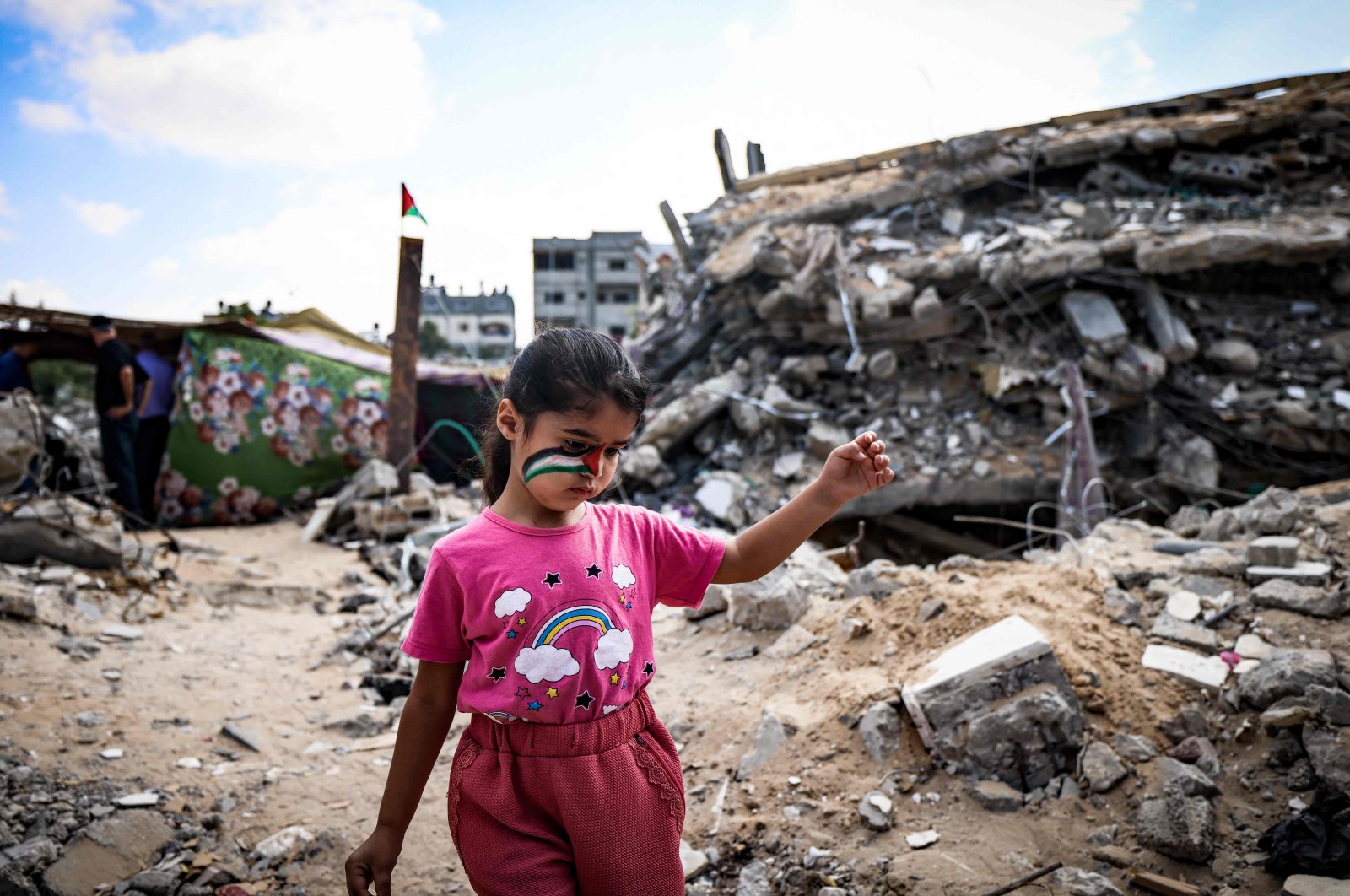 A Palestinian girl with a national flag painted on her face plays amidst the rubble of buildings destroyed by last month's Israeli bombardment of the Gaza Strip, in Beit Lahia, Palestine, June 19, 2021. (AFP Photo)
by Irfan Raja Jun 24, 2021 12:05 am

Gazans have suffered for decades under human rights abuses and threats to their lives. For the people of Syria and Yemen, the situation is no different. All things aside, one has to think about who will save the children

For a long time now, the Middle East has been a region where "luck" is nothing but a four-letter word. Particularly since the 1990s, the Middle East continues to be a victim of illegal wars, occupations, oppressions, extremist groups like Daesh, harsh dictatorships, proxy wars and bloodbaths.

In The Guardian, Seumas Milne, a British journalist and political aide, wrote “The U.S. fuelled the rise of Daesh in Syria and Iraq” and this is why “the sectarian terror group won’t be defeated by the Western states that incubated it in the first place.” The fact of the matter is, “American forces bomb one set of rebels while backing another in Syria.”

The crisis in Yemen is yet a worse illustration of interventions. Tawakkol Karman, a Yemeni Nobel Laureate journalist, wrote on the topic that “today, the Yemeni people are suffering from the actions of outsiders. Regional powers have turned the country into an arena for proxy conflicts that have little to do with the actual interests of the Yemeni nation.”

Then there are signs that the cold war between the U.S. and China is slowly entering the Middle East's borders, resulting in fears of another war round the corner.

As the Israeli armed forces continue to bomb Gaza, the hope for building a peaceful Middle East is slowly dying. It seems that the global powers haven’t learned any lessons. Perhaps, the Middle East is heading toward another humanitarian crisis.

The case of Gaza

For decades, Gaza has been under constant siege, just like an open-air prison and a laboratory for testing arms and munitions on civilians.

The poor inhabitants of Gaza barely come out of one horrible event of bombings and suffering when yet another terrible tragedy hits them. Al-Jazeera's investigative program "Inside Story" asked, “What can be done to stop the humanitarian crisis in Gaza?”

Last month, after 11 days of heavy bombing and shelling, everyone welcomed the truce and celebrated peace in the streets of Gaza. Sadly, no one had a clue that the newly formed coalition government in Israel would not allow peace to prevail.

Today, millions of Gazans, particularly children, have no hope for their future. United Nations Secretary-General Antonio Guterres warned that “Gazan children are living in hell on earth.”

This situation has become the end of their dreams for millions of children in Gaza, Syria, Iraq, Libya and Yemen. What will be the future of these children that are growing up in the world’s largest concentration camp?

Gazan children will never forget the way generations of Holocaust survivors spoiled their lives. So, Gazans are the victims of the victims.

Now, Middle Eastern children born and growing up in conflicts face numerous challenges including poverty, hunger, child marriages, lack of education and a life without shelter.

A Brookings report on child marriages in the Middle East revealed that “The Middle East adds 700,000 child brides every year” and that could be only imagined in an oppressed and deprived war-zone area.

Food and lifesaving drug shortages, lack of access to drinking water, destroyed houses and fields, the restricted movement of Palestinians into other cities within their own land, arrests without charge and police brutality are perhaps bearable for many Gazans – but what about the growing hatred of Arabs that is turning into a daily practice for the Israelis.

Back in 2018, a video went viral in which a teacher asked students unthinkable questions. Shamefully, the students showed their determination to kill Arabs and demolish Islam's third holiest place, Al-Aqsa Mosque.

In another recent video, Israelis chanted, “The 2nd Nakba is coming soon, just wait it’s near, you will end up in refugee camps.”

“Death to Arabs!” “Muhammad is dead!” and “Second Nakba is coming”: These are just some of the anti-Palestinian chants heard during Israeli right-wing march in Jerusalem pic.twitter.com/5siEIo9vAX

These are not only warning shots, but a clear message that a humanitarian crisis is next and coming.

Those with hate-filled mindsets must know that they are not doing any holy service to their communities, but rather they are risking both the Jewish and the Muslim diaspora communities abroad.

The Jerusalem Post editorial warns that “in every conflict between the Israelis and the Palestinians, there has been a rise in attacks on Jews living in democratic countries.” This means “Western democracies, where people claim to be progressive and against racism.”

How can it stop?

Most parts of the Middle East region are badly affected by long wars and conflicts that have left Syria, Yemen, Libya and Gaza in political turmoil and chaos. Hence, the first step is to halt arms sales to nations and groups engaged in fighting proxies in Syria, Libya and Yemen. Correspondingly, the unconditional support for Israel needs to be checked and halted.

The Middle Eastern nations must promote peace and cherish real human rights, discourage mindsets that endorse violence and hatred and, rather, encourage progressive values and people.

Israel's new Prime Minister Naftali Bennett, Hamas political leaders, Bashar Assad in Syria and putschist Gen. Khalifa Haftar in Libya must learn that in contemporary times no nation can live in isolation nor can an ideology be defeated with weapons. The best possible way is to talk to each other.