Anniversary of the Karabakh Liberation War 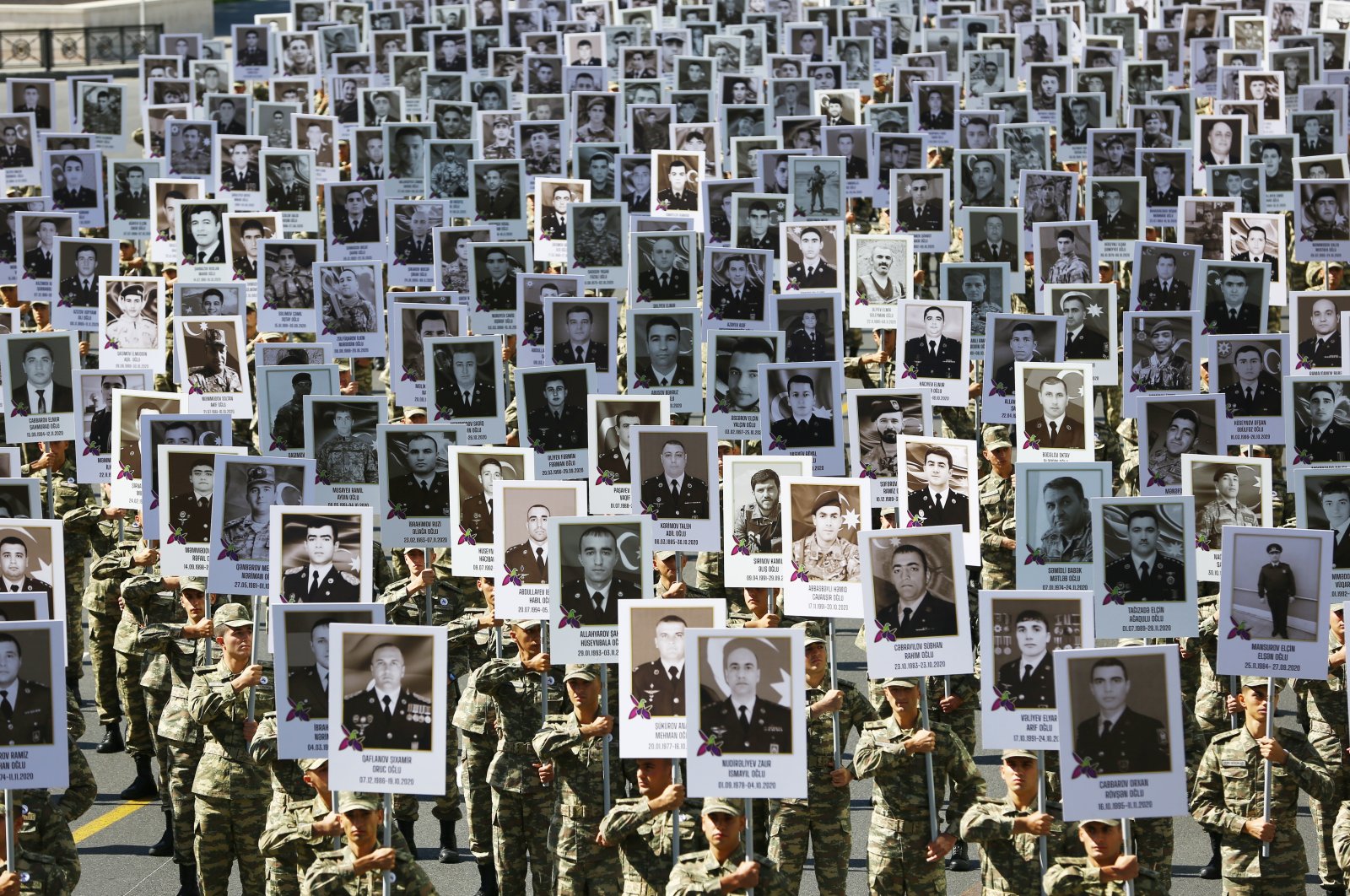 A year ago, on Sept. 27, 2020, Azerbaijan began the liberation of its territory that had been occupied by Armenia for nearly 30 years.

The Armenian aggression at Tovuz, a few weeks earlier, had begun the countdown to war. The Yerevan government, through its provocations, had signaled the end of negotiations that had dragged on for years. The Azerbaijani government had been loath to plunge itself into a costly war without exhausting all possibilities of a peaceful resolution of the conflict on the principles of international law, which was firmly on its side.

The Baku government knew that the Azerbaijani army had been developed into something that was unrecognizable in comparison to the forces that lost Karabakh in the 1990s. But it wished to give peace a chance, even though its patience had been exhausted by that stage. In the end, Azerbaijan was left with only two options: To accept the loss of territory and escalating provocations, or to restore its territorial integrity through war.

An Azerbaijani campaign plan designed to liberate its territories had been developed over the course of a decade and refined through the years. The war finally began on Sept. 27 after further Armenian shelling of Azerbaijani army positions. The counter-offensive was launched, which was called “Operation Iron Fist.” The first few days of war proved costly for the Azerbaijanis, but the Armenian defenses were quickly penetrated and Baku took the military initiative.

The first reason for the battlefield success was the clever use of advanced battlefield technology. The Commander in Chief President Ilham Aliyev had a pivotal role to play in the planning and implementation of the campaign. Azerbaijan used its income from oil and gas exports wisely to modernize its military equipment, and invested in an expanding fleet of unmanned aerial vehicles (UAVs), mainly from Turkey and Israel, as well as precision tactical missiles.

Independent Azerbaijan was unconstrained in its purchases from military markets (aside from U.S. sanctions) and chose and bought well, while the Armenians, who had developed a dependency on Moscow, were limited to military equipment that was not up to modern standards and had not been maintained. In the first phase of the war, Azerbaijan concentrated its drones against Armenia’s air defense. Once the Armenian air defense was neutralized, the UAVs were increasingly deployed against Armenian tanks, armored vehicles and reinforcements. The Azerbaijan MoD videos showed scores of tanks, artillery and trucks being hit by Bayraktar-launched glide bombs and suicide HAROPs.

However, the 44-day war was not all about drones and military technology. There was much fighting of a traditional kind and the well-trained and equipped Armenians put up stiff resistance in many places. In the mountainous north and northeast of Karabakh, the Armenians had heavily fortified defenses and Azerbaijani forces fought for strategic positions, tying down the enemy. There were few significant moves along the middle of the front lines in the east, where both sides exchanged artillery duels. The main blow against the Armenians was inflicted in the south, along the border with Iran, where significant forces could thrust quickly and effectively across the steppe zone. This could have been countered by the Armenians if forces had arrived in sufficient numbers, but the well-thought-out and executed Azerbaijani strategy prevented Armenian reinforcements from moving in sufficient numbers by holding them on the other fronts and deterring and depleting reinforcements through precision strikes from the air.

On Oct. 19, Russian President Vladimir Putin intervened in an attempt to stop the war. At this point, Azerbaijani forces had liberated significant territory along the southern flatlands and held the regional centers of Fuzuli and Jabrayil but had not penetrated the massif central of Karabakh’s interior. The Russian president attempted to convince the Armenians to end the war in accordance with the Lavrov Plan. Putin was surprised when Armenia's President Nikol Pashinian rejected the deal, saying that Armenia would fight on. Pashinian’s refusal to accept this deal proved to be extremely costly and he was forced into accepting a far worse agreement a couple of weeks later.

The Azerbaijani forces pivoted north toward the Lachin corridor, whose capture would cut the Karabakh Armenians off from Armenia and the main military supply route, severing the main line of retreat from Stepanakert (Khankendi), and trapping Armenian forces with no escape. However, the main objective was Shusha, the great Azerbaijani cultural center and most strategic point of Karabakh, holding the key to the dominance of the whole territory and the dictation of an advantageous settlement.

Shusha was taken by Azerbaijani forces after the formidable heights were scaled by special forces. Azerbaijani units entered the city and drove the Armenian forces out of the center in close combat, before expelling them altogether. On Nov. 8, 2020, Shusha was confirmed to have fallen to Azerbaijani forces. It was a historic day for Azerbaijan. The fall of Shusha led to the immediate accepting of a Russian-brokered armistice by Yerevan. It was an offer that the Armenians, given the state of their forces, could not refuse.

On the political level, the Aliyev leadership was able to successfully read Moscow’s intentions with regard to the conflict and negotiate a controlled end to the war that minimized bloodshed and preserved resources for reconstruction. Azerbaijan suffered just under 2,900 fatalities in the liberation war. Armenian losses are likely to have surpassed 5,000, according to independent sources in Armenia.

The geopolitical picture in the region has been transformed thanks to the moral support provided to Azerbaijan by Turkey. The Turkish and Azerbaijani armies have conducted extensive joint military exercises operations for many years to prepare the Azerbaijani army to carry out the tasks assigned to it in combat operations. President Recep Tayyip Erdoğan has given his full political support to Baku, before, during and since the war concluded.

Turkey's political support for Azerbaijan was critical to victory in the war. Since Azerbaijan resolved the conflict in a military-political way, Baku, Ankara and Moscow are making concerted joint efforts to advance the post-conflict settlement and the achievement of long-term peace in the region. Azerbaijan has liberated its occupied territories and completely restored sovereignty over its internationally recognized borders. Currently, in accordance with the agreements reached, the Peacekeeping Forces of the Russian Federation are temporarily located within certain territories of Azerbaijan, with Baku’s agreement.

International law, which years of negotiation and international diplomacy had failed to impress on the Armenians, was successfully implemented on the battlefield in the liberation war. The regeneration and repopulation of Karabakh, along with the search for a durable political settlement, has now begun.