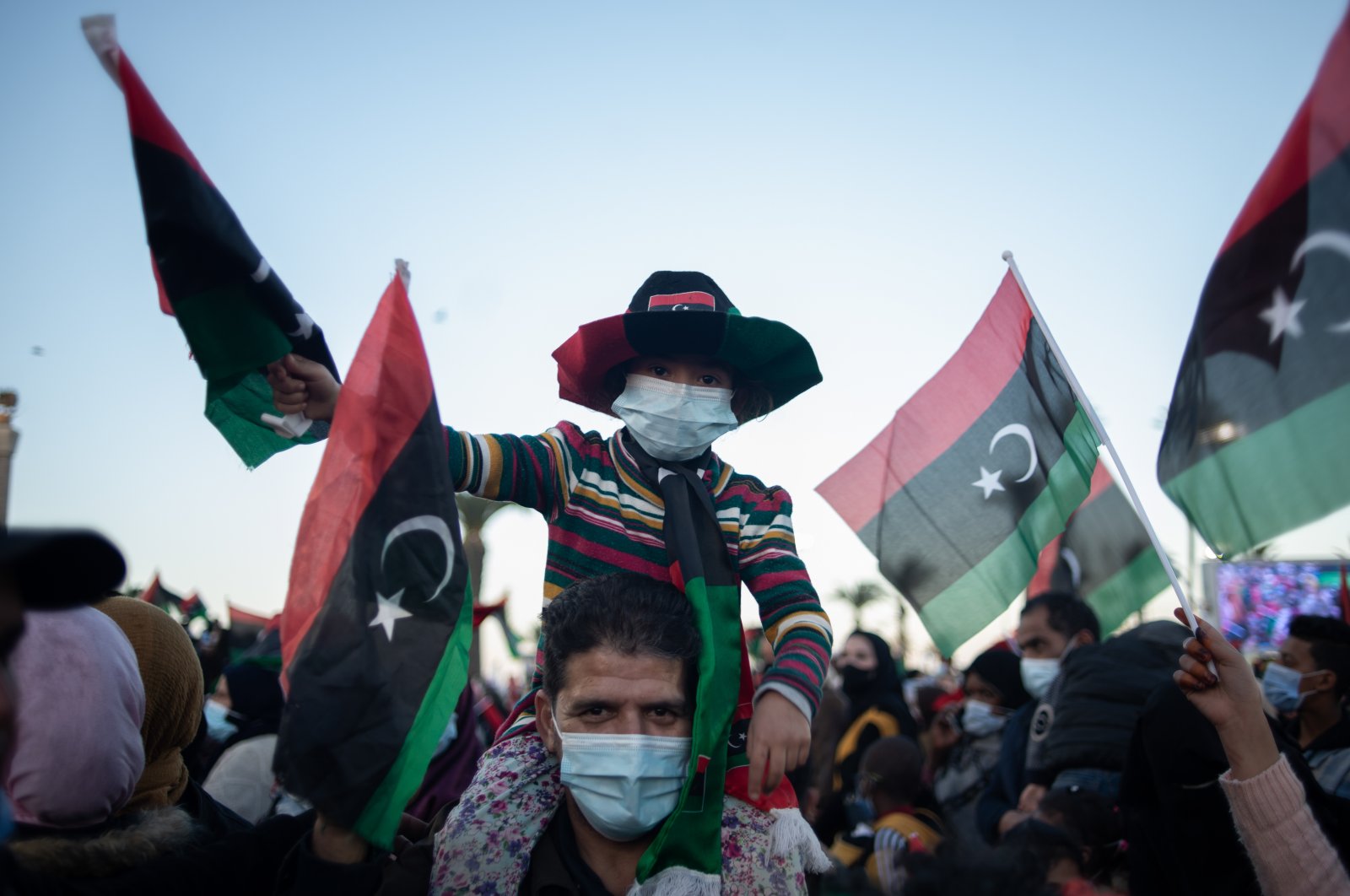 On the eve of the Arab Spring’s 10th anniversary, the atmosphere in Libya's Tripoli was completely different from the mood in Tunisia or Egypt. In the city's Martyrs' Square, Libyan youth waving flags gathered to honor the historic day. The roads around the city were lit up with firecrackers and cultural performances were put on across the square.

However, the celebration was confined to Tripoli in the west, while Benghazi in the east was calm and quiet, depicting the political division the country has faced over the last decade.

The National Transitional Council (NTC) formed as an interim authority amid the civil war was itself a divided house where Gadhafi's early defectors and the old victims of his rule were against one another.

The General National Congress (GNC) formed the first parliament in July 2012 but did not last long and a fresh election was held two years later.

The parliament was named the House of Representatives. The GNC members refused to endorse it, forcing it to flee to Tobruk in the east. Consequently, Tripoli in the west fell to the GNC.

Thus, Libya was split into two administrations: The Tobruk-based House of Representatives and the Tripoli-based GNC.

What further changed the dynamic of Libyan politics was the arrival of a new domestic actor in July 2014: putschist Gen. Khalifa Haftar.

Stability and peace never managed to prevail in Libya. Perhaps, toppling Gadhafi was easier than establishing political order in the post-Gadhafi era.

It was a period of militarization in which different tribal factions and radical forces mobilized – an era thought to have set in motion Libya's political path over the last decade.

New demands for federalism emerged and the division between the east and west of the country further deepened.

Gradually, a military war developed between the Haftar forces and those loyal to Abdelhakim Belhaj, a veteran commander and known Libyan dissident, turning the country into a battleground.

Putschist Gen. Haftar and his forces took control of the capital Tripoli in April 2019 and soon the first major initiative was taken by the U.N. to bring the warring factions to the negotiating table.

A political agreement, also known as the Skhirat declaration, was signed on Dec. 17, 2015.

The agreement called for the creation of the Government of National Accord (GNA) and Fayez Sarraj was named the prime minister.

The deal, however, collapsed as the National Salvation Government (NSG) in Tripoli blocked the process, stopping Sarraj from taking charge in the city.

At the beginning of January 2020, a fresh initiative was introduced by German Chancellor Angela Merkel. All leading world leaders gathered and a resolution was passed in which it was agreed no external forces would intervene in the country, calling for a cease-fire and arms embargo against Libya; however, nothing came into effect.

Similarly, the dialogue in the Moroccan city of Bouznika in September 2020 and cease-fire talks in Geneva in October 2020 both failed to alter the political trajectory on the ground.

What is the current deal?

It all began in October 2020 when the U.N. Special Mission in Libya invited 74 members, including 17 women, representing different backgrounds to form the Libyan Political Dialogue Forum (LPDF).

After a prolonged discussion over which mechanism to use in electing a new executive authority, it was decided that there would be a three-member presidency council and one interim prime minister, who would govern the country until the next election, which is set to be held on Dec. 24, 2021.

A constitutional referendum would be held before the elections. This entire proposal was put to vote on Jan. 19, 2021, and of the LPDF members, 51 voted in favor while 19 voted against it and the rest abstained.

Later, voting took place to select the executive council and Abdul-Hamid Mohammed Dbeibeh was elected as interim prime minister, while Mohammed Menfi was chosen to head the three-member presidency council.

Dbeibeh promised that he would strengthen the principles of the constitution and work in consultation with other groups and the elected presidency council.

Under the U.N.-led agreement, Dbeibeh's interim government and the presidency council would work toward political reconciliation and bring different factions to the negotiation table.

However, one should not forget that a similar U.N.-led plan was approved in 2017 in which it was decided that an election would be held in 2018 to no avail.

As far as how successful the plan will be, it seems difficult because many fundamental questions were not raised at the U.N.-led renegotiations, including who will control the army and issuing responsibility for past crimes.

Many have already accused the LPDF of being a selective club given that it does not have a single member of the Amazigh or Tuareg minorities.

Moreover, the new executive body does not represent the military or political spectrum of the country and their authority is likely to be challenged.

Dbeibeh is a controversial figure given his past association with the Gadhafi regime and has been accused of having illegally made huge profits as head of many corporate houses in the past.

The success of the plan would also depend upon how much cooperation Haftar extends to the new initiative.

Similarly, the role of regional powers would be very significant in the success or failure of the plan.

Although the U.S., Germany, the U.K., France and Italy have all welcomed the new move, it is worth reiterating that the same countries had also welcomed the Berlin resolution for a cease-fire but many of them continued to support opposing factions in Libya.

The new U.N. peace plan suffers from many deficits and perhaps it overlooks the fact that election or creation of any institution would not lead to any solution until the fundamental issues are resolved.

It seems difficult to believe a country, which was unable to achieve peace and stability despite the series of agreements, will manage to conduct both legislative and presidential elections in less than one year from now.

It can be said that 2021 will be a challenging year for Libyans and, unfortunately, the country's fate once again lies in the hands who have driven the nation to chaos and anarchy.

It would take a miracle for Libya to return to normal in a short period of time.