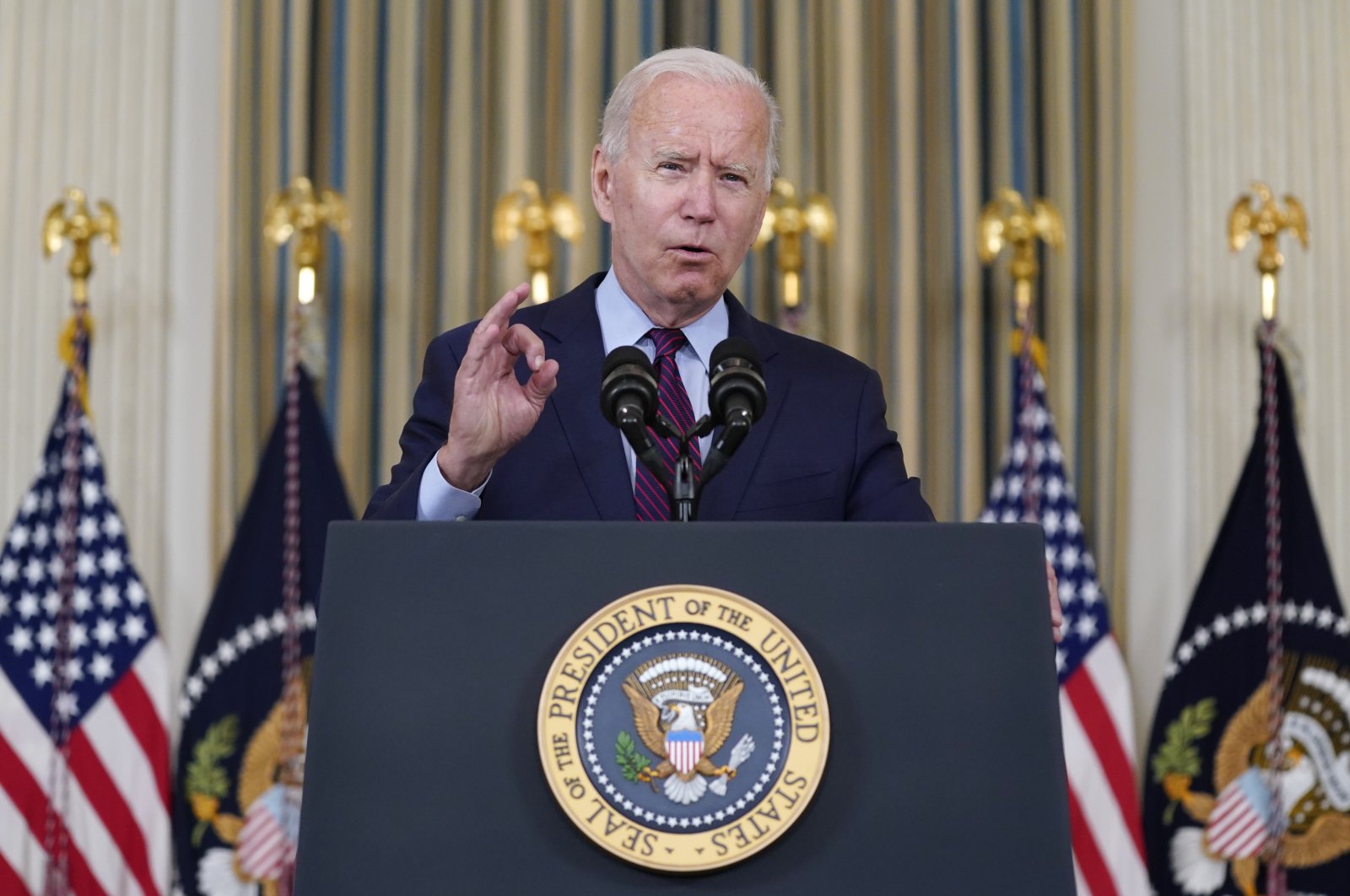 The vote was 420 to 9 to help Israel replace missile interceptors used during the devastating rocket and missile war with the Palestinians in Gaza last May, reflecting the widespread bipartisan support in Congress for Israel.

Bitter accusations over the measure broke out as some progressive Democrats who were opposed called Israel an “apartheid state” while proponents hurled attacks of “anti-Semitism.”

Democratic lawmakers earlier removed $1 billion in military funding for Israel from legislation to fund the U.S. government after objections from House of Representatives liberals, setting the stage for a potential fight over the matter later.

The growing internal back and forth tensions is the latest flare-up between an energized new generation of progressive Democrats who demand conditioned aid to Israel and others in the party who argue that the U.S. must not hesitate in its backing for Israel’s right to defend itself.

The U.S. has already provided more than $1.6 billion for Israel to develop and build the Iron Dome system, according to a U.S. Congressional Research Service report published last year.

Israel is the largest cumulative recipient of U.S. foreign assistance in light of robust support for its security, shared strategic goals in the Middle East, a mutual commitment to so-called democratic values and historical ties dating from U.S. support for the creation of Israel in 1948.

As of last year, the U.S. has provided Israel with $146 billion in bilateral assistance and missile defense funding.

In 2016, the U.S. and Israeli government signed their third 10-year memorandum of understanding (MOU) on military aid, covering FY2019 to FY2028. Under the terms of this MOU, the U.S. pledged to provide – subject to congressional appropriation – $38 billion in military aid ($33 billion in Foreign Military Financing grants plus $5 billion in missile defense appropriations) to Israel.

For years, advocates for Israel have engaged in organized, broad-based domestic efforts to foster bipartisan support in Congress for the bilateral relationship, including for U.S. aid to Israel.

However, recently that strong domestic support for Israel has become more of a subject of debate and some Democrats from within the progressive wing of the party have become more vocal about conditioning, repurposing or even cutting foreign aid to Israel.

For part of 2020, when Israel considered annexing part of the West Bank, a number of Democratic lawmakers took varying approaches to signaling their opposition to annexation. Some members warned in general terms that annexation would harm U.S.-Israeli relations, while others were more explicit in cautioning that should Israel go ahead, they might advance legislation that would either cut aid or prohibit its use or application in annexed territories.

President and CEO of Americans for Peace Now (APN) Hader Susskind recently called on the U.S. government to condition its annual $3.8 billion of military aid to Israel. “We are the first progressive Zionist organization to endorse conditioning aid, and we do not take this step lightly ... What has become abundantly clear, underscored by the horrifying images coming out of Gaza, East Jerusalem and inside Israel, is that continuing to give Israel military aid without conditions neither serves U.S. policy interests – nor, I would argue, does it serve Israel.”

The APN member of the Jewish community’s foreign policy umbrella group, the Conference of Presidents of Major American Jewish Organizations, called for concrete conditions on defense assistance to Israel. “If the U.S. wants to nurture peace and support international law, we must explicitly ensure that our taxpayer dollars serve our foreign policy objectives, that they do not go toward human rights violations, and that there are specific consequences if they do,” Hadar Susskind, said in an op-ed in Time magazine. “If new settlements are legalized or existing ones expanded – these international law violations would come with specific U.S. aid reductions." He added.

Another liberal Jewish Middle East policy group, J Street, said last April that they were in favor of a bill backed by progressive Democrats that would prohibit Israel from using U.S. funds to detain Palestinian minors, appropriate or destroy Palestinian property or forcibly move Palestinians, or annex Palestinian areas. The measure does not spell out specific consequences should Israel violate the restrictions.

The U.S., a central mediator

The U.S. has never been a successful mediator in the Israeli-Palestinian conflict due to the political domestic constraints that inhibit Washington’s freedom of maneuvering in its relations with Israel. Its support and increased military aid have helped Israel to go on with its violations of international laws, annexations of Palestinian lands, construction of illegal settlements and the use of some U.S. weapons against Palestinians living under its military occupation in East Jerusalem, the West Bank and Gaza Strip.

Usually, military aid to foreign states is subject to several U.S. laws, including the Arms Export Control Act, the Foreign Assistance Act and the Leahy Law. Each of these laws conditions the receipt of aid on the furtherance of human rights, and although the Department of State annually notes Israel’s systematic abuses and violations of human rights against Palestinians, Congress usually renews aid to Israel without any investigation or inquiry.

On the other hand, the U.S. has incapacitated the United Nations Security Council by systematically using its veto power to shield Israel from accountability and undermined the efficacy of the International Court of Justice, the Human Rights Council and the International Criminal Court.

Satisfied with the status quo, the Israeli government has no intention of moving forward with any peace process while newly elected Prime Minister Naftali Bennett is against the two-state solution and the establishment of a Palestinian State.

As a powerful actor in the Middle East, the U.S. has the capacity to help resolve this long-standing conflict – if it complies with its domestic laws and ceases military aid to Israel, as this will restrain Israel and facilitate a political resolution.

The only successful exploits of U.S. peace diplomacy in the Israeli-Palestinian conflict will be the result of a masterly combination of power and pressure – tangible, firm steps, both on the ground and diplomatically, that will improve the freedom, prosperity, and security of all people living between the Mediterranean Sea and the Jordan River, while also cultivating the conditions for a future two-state agreement negotiated by the parties and supported by the U.N. and the international community.