Jerusalem must be reintroduced to the political map 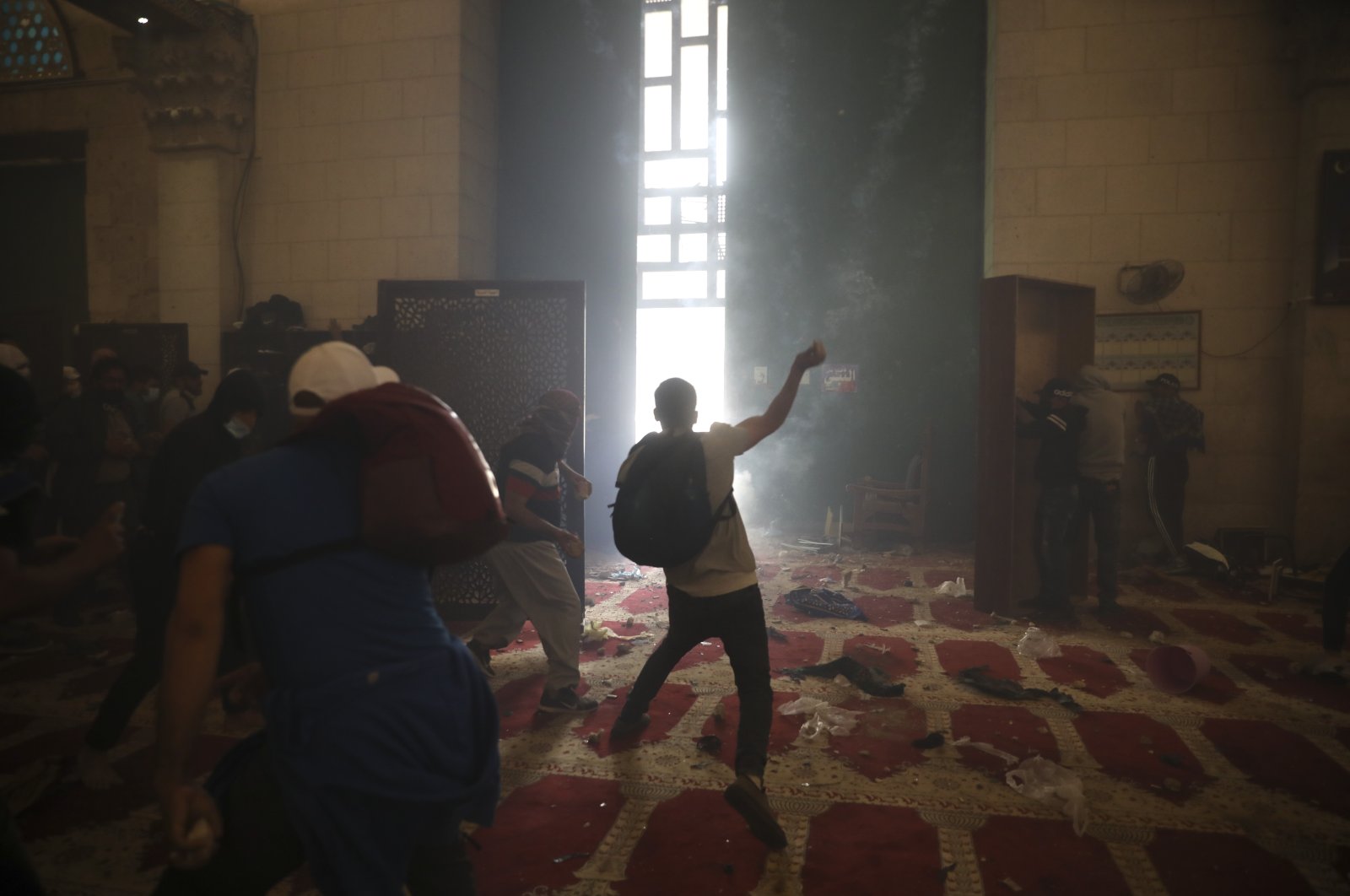 The question of Jerusalem continues to represent one of the most sensitive and complex red lines of the Israeli-Palestinian conflict.

Given the intractable nature of the dispute and its social, economic and religious implications, multiple attempts at negotiations have stalled in the past over the question of Jerusalem, and there is little sign of change on the horizon due to Israel’s illegal severing of political, economic and social policies against the Palestinians in the city.

In 2017, the United States under President Donald Trump illegally handed Jerusalem to Israel when in a provocative, dangerous step he declared the holy city as the capital of Israel, which has been actively working on the ground for decades to reflect this recognition.

In 1967, Israel illegally occupied Palestinian territories including East Jerusalem and in defiance of the international community in 1980 it unilaterally declared the entire city of Jerusalem (East and West) the "unique and indivisible capital of the state." This nomination has been contested by the Palestinians as well as by the international community, citing international law that states an occupying power does not have sovereignty in the territory it occupies.

Since 1967, Israel’s policy has been to change the demographic makeup of occupied East Jerusalem in its favor and entrench its control over it.

Systematic measures involving massive land grabs, rapid settlement constructions and the imposition of a repressive system on Palestinians have been designed to stifle their daily lives and push them out of the city, initially setting an upper limit of 30% Palestinians to 70% Jews in what it called its new "united, eternal capital."

The Israeli settlement activity in East Jerusalem began immediately after the 1967 war, in which Israel assumed control of the Palestinian territory. Israel's first phase of settlement was intended to create an external ring of settlements that would separate "Arab Jerusalem" from the rest of the West Bank and undermine the territorial contiguity between the two parts that would de facto prevent East Jerusalem from becoming the capital of any future Palestinian state.

At least three buffer zones composed of settlements exist today between East Jerusalem and the West Bank: the first one is located in the southeast and separates Jerusalem from Bethlehem, the second one is eastern and divides Jerusalem from Jericho and the third zone is northeast separating Jerusalem from Ramallah and its surroundings.

Israel's drive to settle Jerusalem and its environs has completely changed the boundaries of the city, altering demographic trends and the historic skyline in order to achieve the ambitious objective of a "greater Jerusalem," the capital of the state of Israel, unified and indivisible from the West to the East with a strong Jewish majority.

The settlement project in East Jerusalem has entailed the acquisition, including by confiscation, of the largest possible area of land in East Jerusalem and settling Jewish populations in the surrounding areas of the city. In the second phase of settlement, which started in the 1980s, Jewish settlements were established and expanded within the territory of the occupied Jerusalem, which contributed to increased political, social and economic tensions between Arabs and Jews.

The third and still ongoing phase started with the construction of the separation wall and the imposition of its "curious" path through the Jerusalem governorate, dividing the city from its suburbs and enclosing a number of Arab villages. The wall and the settlements have jointly strangled the livelihoods of most of the Palestinians living in East Jerusalem.

Recently some 500 Jerusalemites living in 28 housing units in the Sheikh Jarrah neighborhood north of Jerusalem’s Old City face the risk of eviction by the Israeli authorities in favor of Jewish settler organizations on claims that the latter own the land.

The 28 families living in this East Jerusalem neighborhood were homeless refugees from the Nakba, or catastrophe, that expelled Palestinians from their homeland in 1948.

The Jordanian government, which had jurisdiction over the West Bank at the time, cooperated with the United Nations Relief and Works Agency for Palestine Refugees in the Near East (UNRWA) to build housing units for them.

The UNRWA financed the construction of the units and handed them over to the families in exchange for giving up their rights and status as refugees, including the right to education, care and all other services provided by the U.N. organization.

The Israeli courts have issued several eviction decisions over the past years, the most recent of which was on March 2, ordering three families to vacate their homes, and before that on Feb. 6, ordering another four families to leave, with each household being fined 90,000 Israeli shekels ($27,350) in counsel and court fees.

On its part, the Jordanian authorities handed all related documents and agreements with the UNRWA to the Palestinian Authority (PA).

Over the years, dozens of the families’ relatives, friends, and neighbors have been evicted and replaced with Israeli settlers, as per Israeli court orders.

What is happening in the Sheikh Jarrah neighborhood is a continuation of the "Judaization" projects targeting Jerusalem, as Israel’s main goal is to control the area surrounding the Old City, which is known as the Holy Basin.

Besides, more than 1,500 Jerusalemites dwelling in 100 housing units in the al-Bustan neighborhood in the town of Silwan, face a similar threat as their homes are threatened to be demolished at any moment by the Jerusalem municipality after the engineering plans submitted by Palestinian residents were turned down.

The situation in the Jerusalem neighborhoods has become extremely worrying as of late, and people are living in great fear in light of the settlement organizations' intention to control the neighborhood and its surrounding areas.

Israel is arranging the final stages of its dream of the “Greater Jewish Jerusalem" that will require “ethnically cleansing” tens of thousands of Palestinians from the holy city where their families have lived and worked for generations.

Palestinians feel abandoned, neglected, and betrayed. If the global community keeps watching silently, Israel’s clear violations of international laws will continue and more lands will be grabbed and more Palestinians will be evicted from their homes.

These measures are designed to preempt any future peace efforts and effectively nullify Palestinian ambitions for a state with East Jerusalem as its capital.

The international community and the U.N. agencies should play a crucial third-party role in deterring unauthorized Israeli measures and in facilitating and fostering a climate of dialogue towards a peaceful resolution of the Palestinian-Israeli conflict, including the future status of Jerusalem, which must be brought back onto the political map as this is of the utmost importance and urgency.