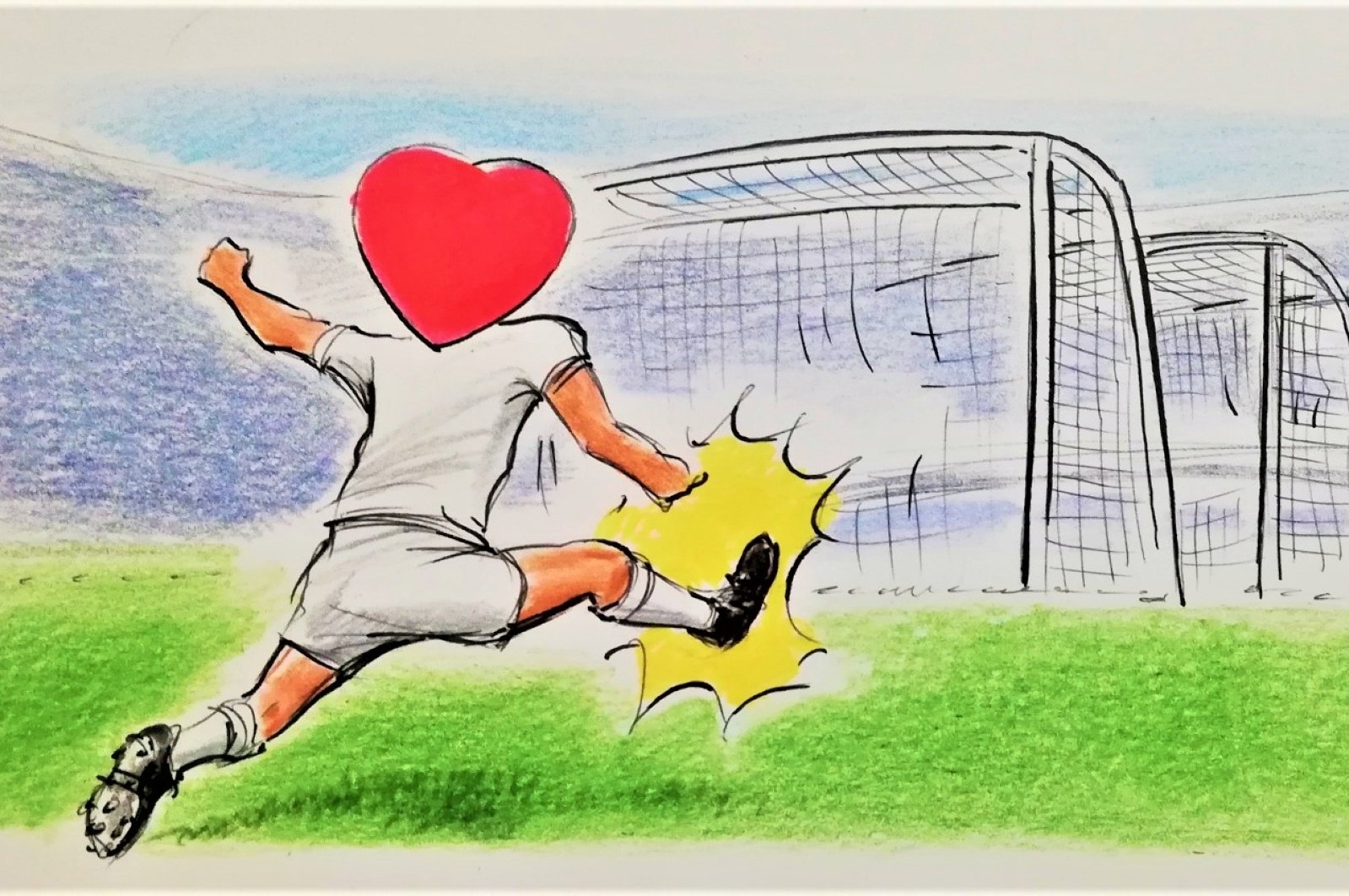 They live in a world of Ferrari sports cars, Rolex watches, poolside villas; in other words, the luxurious life with weekly wages often in the six-figure region.

Top flight soccer stars earn well beyond just making a living, but they bring us enormous joy and many people idolize them.

Besides their very well-to-do status, in an ideal world, sportspeople should be role models, too – not just for us adult aficionados but especially for young children who would thus understand that as long as you are excelling at what you do and learn your profession from scratch and then take it to the highest level, the sky is the limit indeed.

Yet when individual players from time to time swap their team’s kit with becoming a private citizen exercising their right to freedom of expression, everything changes. Raised eyebrows everywhere – should soccer stars not act completely apolitical?

It is quite understandable if your dream job is becoming the local mayor; no one should stop you, and if alternatively, your favorite profession is to score dozens of superb goals per season, so be it.

It seems logical that no one would be able to combine both tasks successfully and above all else, simultaneously.

But does this really imply that soccer players may not have a viewpoint of their own, they should remain apathetic regardless of what happens around them and never ever take to social or other media to express their concerns as a citizen?

Many people question this and even more so in a world rocked by a pandemic, civil unrest in many places, race inequality and the hot pick of climate change and a long list of other pressing issues.

Not a transfer article

Let us continue with a disclaimer: this article is not about supporting a particular club be it F.C. Arsenal or Fenerbahçe S.K. or any other team for that matter. It is in principle not even about any individual player despite featuring Mesut Özil in its headline and in the upcoming paragraphs.

What this brief analysis intends to achieve is something different: It intends to find out whether sports stars, in general, should be allowed to express their (political) thoughts or whether that must be reserved for their retirement from active duty.

Having helped his English Premier League team F.C. Arsenal to return to winning paths and lifting the F.A. Cup already in his first season, from closer to the middle of the year 2019 things may not have worked out as neatly as before. In fact, his last appearance on the pitch was in March 2020 when games were still allowed.

However, it appears that his step-by-step omission from the first lineup was not entirely linked to his form on the pitch. In hindsight, it seems very likely that there were at least a few incidents off-pitch which soured his relationship with a new manager and trainer after Arsene Wenger had departed from the club.

On Dec. 15, 2019, CNBC’s Lucy Handley reported that the Chinese television station CCTV canceled the broadcast of a major match between Özil’s club and Manchester City. Earlier Özil had commented about the situation of Uighur Muslims in China whom he referred to as "warriors who resist persecution," via his social media channels. Özil had at the same time lamented what he would call the missing solidarity among the wider Muslim community.

F.C. Arsenal was quick to respond and in a reply to CNBC stated that "Arsenal Football Club must make it clear that these are Mesut’s personal views. Arsenal is always apolitical as an organization."

It would be unprofessional to suggest that Özil’s subsequent sidelining was only based on this set of comments about a political situation in a different country. But it would be equally naive to say that it will not have had any impact whatsoever on the future manager-player relationship.

His views did not have any negative impact on his domestic or global fan base except perhaps for some segments of Chinese society.

So was it wise to go public the way he did? Again this is not our point. The issue is whether soccer stars are robots or human beings, machines or citizens like you and me.

Little did we know that just about one year later the world of soccer would change in a manner that probably no one would have ever imagined as racial tension reached a fever pitch (pun not intended) in the U.S. and a movement began that soon adopted the slogan "Black Lives Matter" (BLM).

The BLM quickly arrived at the English Premier League arena too, with at times complete teams engaging in the by now famous "knee" ritual. Now if that isn't a form of a political statement then what is it?

Yes, there were heated discussions in and around many football stadiums amongst fans and players and management about whether politics have a place in the sport at all, but this time the sentiment was too strong, too powerful.

For the first time in the history of the sport it was considered acceptable to speak ones’ mind or at least show a globally recognized gesture of emotional and practical support; all of a sudden the cliche of the apolitical soccer hero changed for good.

What this development underlines is that our world has become truly global and interconnected indeed. You may be a bus driver, teacher, factory floor manager, journalist, nurse or a football star, but when racism and xenophobia try to destroy the fine and fair game, everyone takes a stand including the vast majority of ticket-paying supporters in their stands.

It is far from over, racism and xenophobia reappear at regular intervals all across our societies, but at least we have learned how to stem the tide slowly but steadily.

Mesut Özil will have made his peace with fans and club back in London and already touched down to continue his career in Turkey. The troubles over there will soon be history. What should not be forgotten however is that role models must indeed lead the way and show our younger generation that we should strive to become more inclusive in a sense of embracing our world with all its diversity be it color, religion, background or other personal orientations.

They should demonstrate that world solidarity is important and is not simply a verbal cliche.

When we as ordinary citizens realize that those we admire and look up to will not leave us alone when we are faced with unfair or unjust treatment at work or on the street, it will brighten our daily lives. In turn, we will do our part and lend a helping hand to whoever needs it.

In a nutshell, perhaps it is a very laudable development when famous people in the spotlight use their recurring 15 minutes of fame to help build a better, more just society which in a post-pandemic world will be even more urgently required.