Net-zero future only possible when it includes Taiwan 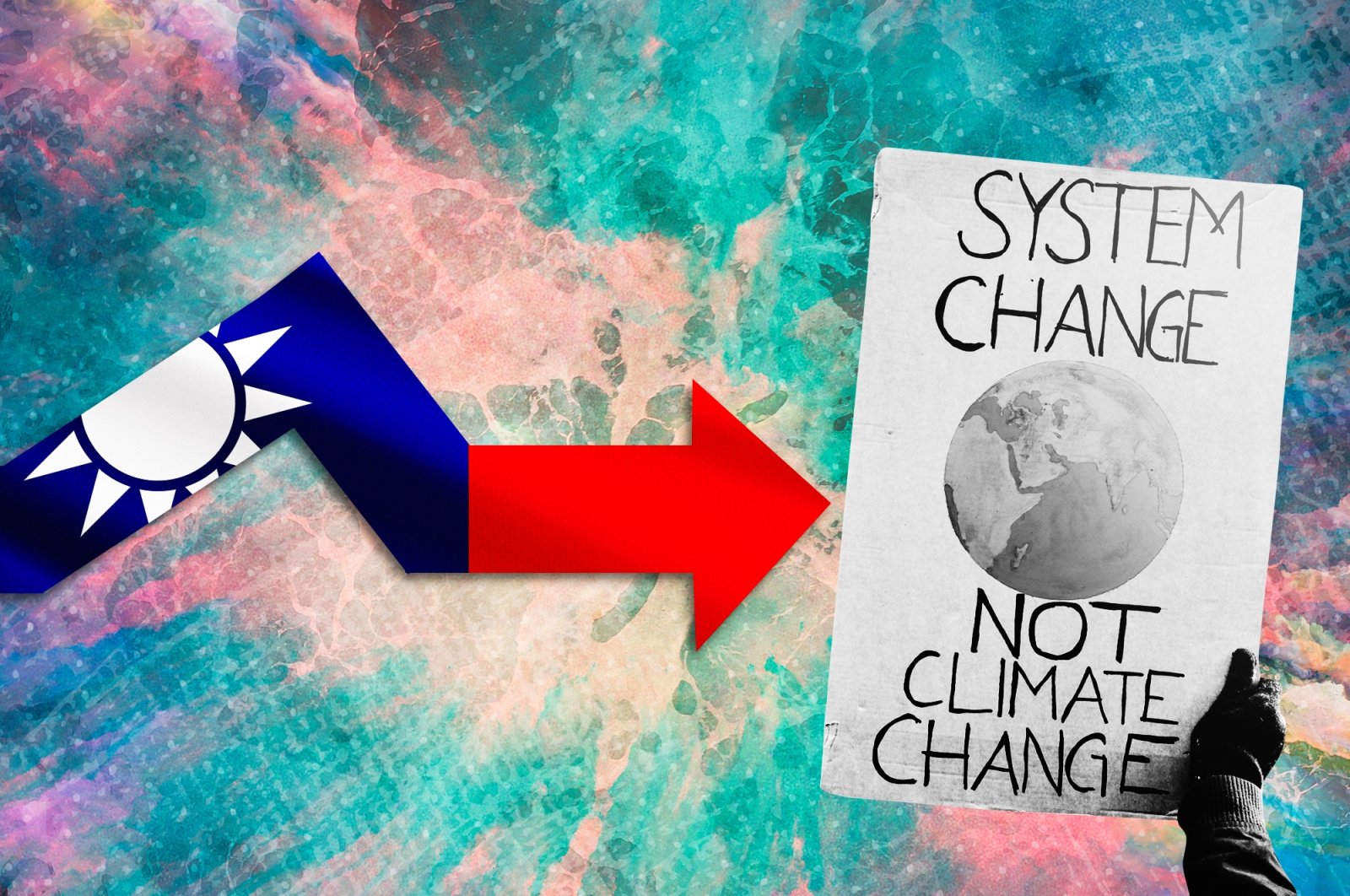 The COVID-19 pandemic has affected virtually everyone on the planet. However, climate change is apparently one of the few things the global public health crisis failed to alter. This year alone, we have witnessed floods in Europe and China, marine mucilage and wildfires in Turkey and winter storms in the U.S. state of Texas. Taiwan also experienced its worst drought in decades, which was followed by abnormally heavy rainfall. And what's worse is that these natural disasters were simply the tip of the iceberg. Extreme weather events will continue to take a toll on all of us unless collective efforts are mobilized in a timely manner.

As the world gradually recovers from the ravaging coronavirus pandemic, the world’s focus is now shifting toward fighting climate change. I was recently inspired by several news reports concerning environmental issues, particularly Daily Sabah’s Oct. 9-10 story titled “UN expects Turkey’s climate action plan soon” and related stories that followed during the past week. The stories, detailing the latest positive developments for environmental protection in Turkey such as the ratification of the 2015 Paris Agreement and the renaming of the Environment and Urbanization Ministry, motivated me to write this opinion piece.

The U.N. urges all countries to implement the Paris Agreement and take more proactive steps to tackle climate change. Taiwan, like Turkey, actively responds to the call and makes every effort to collaborate with the international community to mitigate climate change. On Earth Day on April 22, 2021, President of the Republic of China (Taiwan) Tsai Ing-wen declared that realizing net-zero emissions by 2050 is the goal of the world, including Taiwan, unveiling clear greenhouse emissions targets for the country. In addition to amending Taiwan’s existing Greenhouse Gas Reduction and Management Act and incorporating the 2050 net-zero emissions target into the amendment bill, the Taiwanese government will introduce more management mechanisms and incentives along with other vital amendments such as greater governing efficiency, carbon pricing mechanisms and adaptation strategies for climate change.

For a green homeland

To actively build a sustainable green homeland, Taiwan also attaches great importance to its pursuit of energy transition. Renewable energy installations in Taiwan increased more than 100% from 2016 to 2020, with solar power capacity surging 370%. Taiwan’s Formosa 1 offshore wind farm, one of the first commercial-scale offshore wind farms in the Asia-Pacific region, was inaugurated in 2019. Taiwan's goal is to generate 20 gigawatts (GW) of electricity from solar power and 5.7 GW from offshore wind energy by 2025.

Countries worldwide have proposed new goals on carbon reduction to realize a net-zero economy. However, the ambitious goals won’t be achievable without adequate private-sector engagement. The COVID-19 pandemic has reshaped the world’s economy and highlighted how Taiwan’s industries play a pivotal role in the global technology supply chain, with the world’s growing demand for Taiwanese-made chips serving as a vivid example. Taiwan’s two chip-making giants, Taiwan Semiconductor Manufacturing Company (TSMC) and United Microelectronics Corporation (UMC), which together account for approximately 60% of the world’s chip manufacturing market, have joined RE100 and pledged to use 100% renewable energy by 2050. Taiwan’s electronics companies Asus and Acer are also RE100 members. RE100 is a global environmental initiative that brings together companies committed to shifting the electricity used globally in its operations to 100% renewable energy.

Climate change has an arguably wider, greater and more persistent impact than the coronavirus outbreak as it brings about food crises, water scarcity and devastating natural disasters. Moreover, it matters to all of us because we not only share the consequences but also are most likely the cause of it. To effectively address climate change challenges, concerted efforts by all humans, organizations and countries must be made. On this front, Taiwan is willing and ready to work with the whole world, including Turkey, to cope with climate change.

Although Taiwan is not a signatory of the Paris Agreement, it is even more committed to the realization of a net-zero future than most other countries. Not just the Taiwanese government, many enterprises in Taiwan have also demonstrated their commitment to achieving a low-carbon and sustainable economy. Through joint efforts by the private and public sectors of Taiwan, the country is steadily moving toward its net-zero carbon emissions targets. Given Taiwan’s significance as the world’s 21st-largest economy and a heavyweight in the global supply chain, that net-zero emissions future will only be a pipe dream if Taiwan doesn’t play its part. Needless to say, striking a balance between economic growth and environmental sustainability is fundamentally difficult, but Taiwan is striving for it. From my point of view, Taiwan deserves greater participation in the United Nations Framework Convention on Climate Change (UNFCCC) to contribute more, for it is a responsible stakeholder in the international community and has been endeavoring to secure a more livable future.

Representative of Taipei Economic and Cultural Mission in Ankara
RECOMMENDED