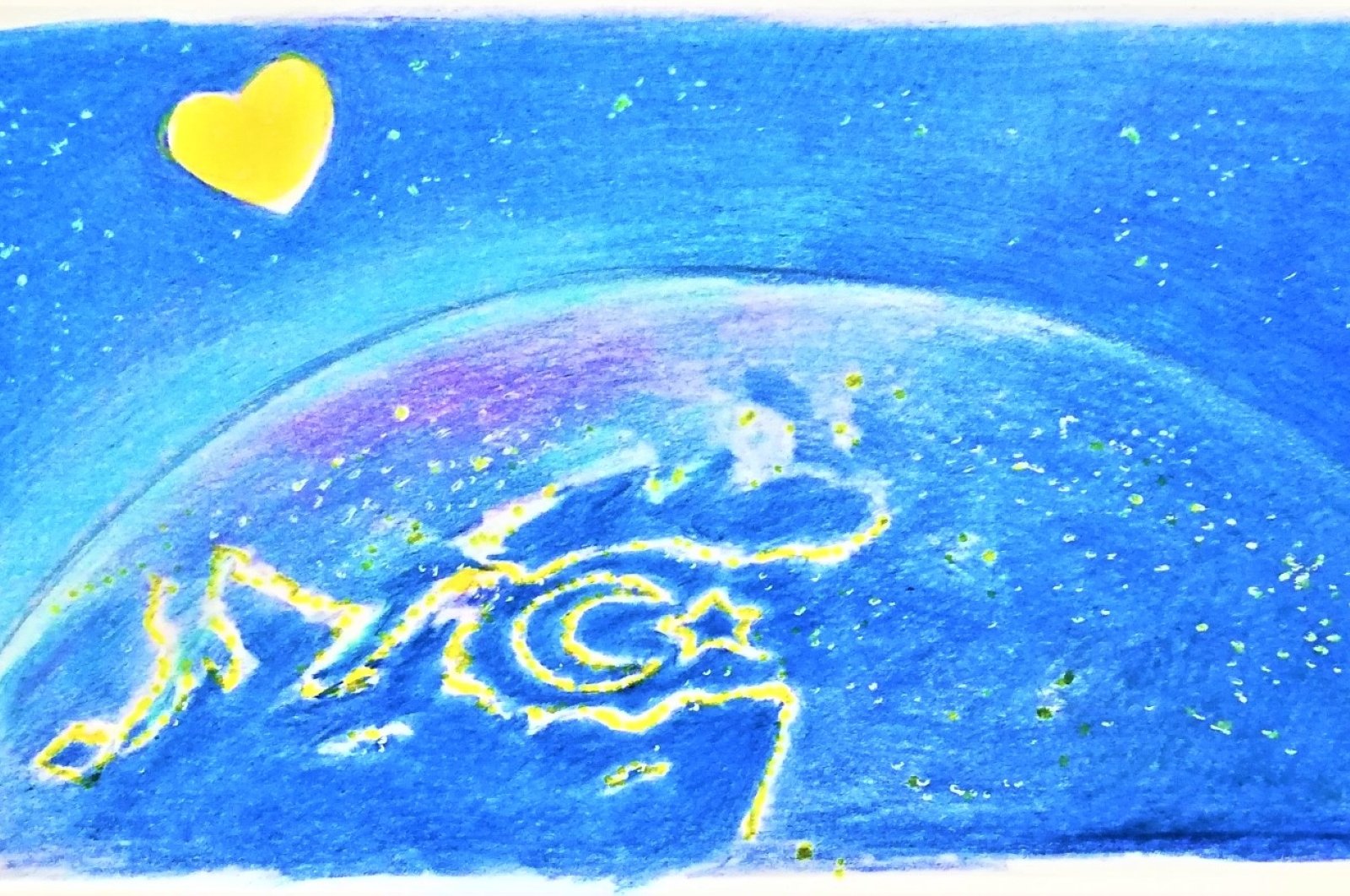 Early in 2017, an article titled "Historical space steps of Turkey: It is high time to establish the Turkish Space Agency," was published in the academic journal Acta Astronautica. The paper discussed the relevance of space in a space-driven world and introduced the term "space relations." The article intertwined scientific insight and policymaking suggestions.

In December 2018, the Turkish Space Agency (TUA) was formed to coordinate and promote space-related developments. Of course, the publication was not the only motivation to establish the agency. Turkish researchers put forward huge efforts, both at home and abroad, and are firmly embedded in the developments occurring in our understanding of space, refusing to remain in their ivory towers.

The best way to introduce the topic of this brief analysis is to present the joint findings and answer: how to aim for space and successfully accomplish the ambitious venture of landing an astronaut on the moon by executing a precise plan rather than making headline-grabbing vague promises.

Who was already there?

Before we take a closer look at how Ankara intends to reach its space goal, it is important to remember that Turkey is about to join a very elite group of nations.

Up until today, only the U.S. has had a man walk on the moon since Moscow and Beijing only managed what is referred to as "soft landings" – without astronauts physically stepping outside.

The European Space Agency (ESA), India and Japan have all taken probes from the moon's surface in missions.

Needless to say, getting to the moon is not the only thing on the space agenda. Ongoing developments in international space stations and the ever-increasing number of satellites orbiting the earth allow for interconnected modern life and its progression.

There is also talk of Mars and the overall desire to better understand our cosmos as a whole.

Many other nations may consider following suit; however, as with anything else in life, there is a huge difference between making plans and putting them into practice. Here is where Turkey stands at the moment.

Planning to have a human make physical contact with the moon is not a fringe policy item that can be announced one day and executed without having to give it too much thought.

It is an enormous undertaking that requires foresight analysis and a sound budget and, naturally, must capture the interest and support of the electorate.

On Tuesday, President Recep Tayyip Erdoğan presented his plans for space in more detail in a widely covered news conference. This opinion piece focuses on what stands out as the most crucial items on the agenda.

First, Erdoğan clarified that dispatching a Turkish astronaut to the moon would require a road map and a number of steps would need to be taken.

Thus, he set out an initial deliverable target of achieving a hard landing on the planet to mark the country's centenary celebrations in 2023.

Second, at the intermediate conclusion – I'm using this term since space is a topic that will not go away after a certain number of activities are ticked off – Erdoğan announced a plan to send a Turkish astronaut to the cosmos and the surface of the moon.

Third, while the first two components are underway, Ankara will continue to focus on becoming a global satellite brand with the Türksat 5B satellite launch scheduled for later in 2021.

Fourth, developments in the space sector as a whole were touched upon. Here, we should consider navigation systems and their many possible uses such as in agriculture or driverless vehicles.

Analysts point to the peacekeeping aspect of the project and state-of-the-art satellites supporting military logistics that help facilitate maintaining peace on a global scale.

As Erdoğan recently stressed, above all else, it will help further Turkey's rocket and control technologies as well as its launch capacities. This plan is supported by a strategy to build and develop software and hardware at home.

The program itself is rare – based on national interest and fueled by local knowledge and know-how with an undeniable global outlook.

Other nations one day could be inspired to join Turkey in its developments and success.

Besides, it is likely that a Turkish spaceport may have to be situated in another country given the unfavorable weather conditions in Turkey itself.

But it is too early to dwell on such subjects. Technological developments paired with geographical considerations could perhaps in the medium term allow for Turkey to have its own domestic spaceport.

It certainly did not take long before cynics took to the stage belittling Ankara’s space road map. We should not give too much attention to the Turkey-bashers, but one story, in particular, made one wonder. German broadsheet newspaper Süddeutsche Zeitung, normally a highly respected source, ran an article shortly after Erdoğan had spoken titled "Auf zum Mond" or, "Off to the Moon."

Had the headline suggested fair reporting, the second line would definitely have raised eyebrows as it inferred that Erdoğan planned to remedy the crisis by dreaming about space.

Toward the end, the piece adopts a more disrespectful tone, alluding to jokes made on social media about Turkey asking its public to decide who the first person to the moon should be, with the implication being that Erdoğan would be the one chosen to be sent to the moon.

The article concludes by saying that in Turkey, everybody would supposedly know, according to those social media jokes, who that should be implying without actually spelling out that it refers to Erdoğan.

Turkey will celebrate its centenary two years from now. Many ambitious projects are in the policy pipeline on top of the continuing reform process being carried out in areas like the judiciary, while reviving EU ascension efforts and presenting itself as an important member.

Adding the space element and putting special emphasis onto the project seems only logical and entirely justified.

At a time when many nations are struggling to take the complex first steps in a new post-pandemic reality, it is commendable to push for a return to normality and perhaps even look toward the future, embracing the normality to come.

Faced with the unprecedented crises the virus has caused, our world needs bold decisions and new policies to turn personal and economic depression into something bigger and better.

Providing citizens hope but being realistic that change is not around the corner, but in fact, many corners is an entirely realistic approach.

Space is a reality, not a concept from a comic book or science fiction. It would suit Turkey to join the club of nations that have managed to turn their space ambitions into a reality.