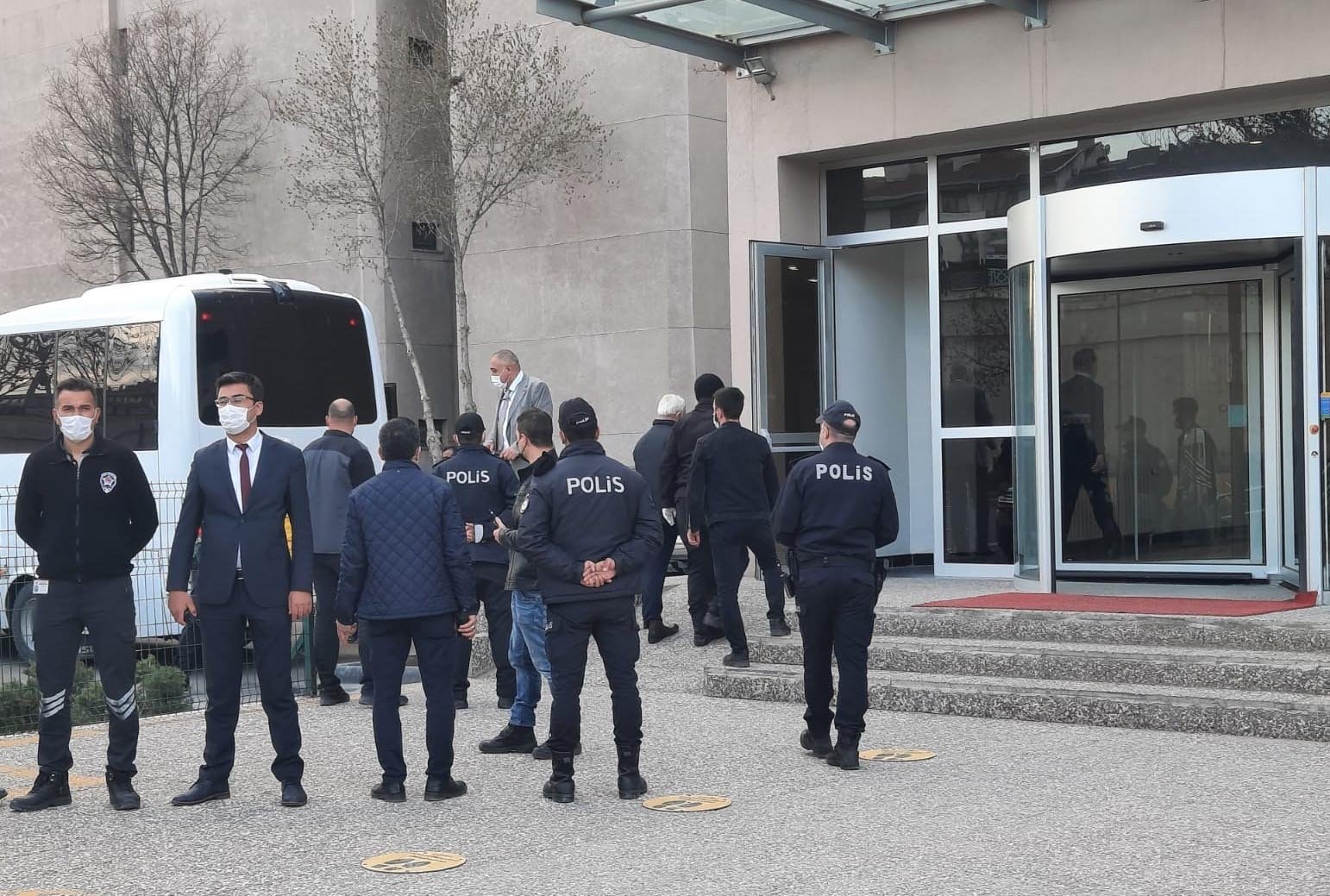 The Ankara Chief Public Prosecutor's Office on Friday summoned seven suspects, including six retired admirals and one retired general, for testimony on the ongoing investigation regarding the declaration signed by 104 retired navy admirals. The declaration has drawn strong condemnation from the government and the public, who claim the document implies interference in democratic institutions and the will of the people.

The prosecutor launched a probe on the seven suspects. The general and retired admirals have been asked to come to Ankara from Istanbul, Ankara, southern Muğla and Antalya provinces for their testimonies within a week.

It was also reported that security forces searched the houses of the suspects and seized some digital material.

Initially, an investigation was launched last week about 14 suspects. While 10 of them were arrested, four of them were summoned for testimony.

All of the 14 retired navy admirals who were detained as a part of the Ankara Chief Public Prosecutor's Office investigation were released under judicial control Tuesday.

After Turkey's decision last month to withdraw from the Istanbul Convention, a European treaty aimed at preventing and combating violence against women, with a presidential decree, it came into question whether Turkey could withdraw from other international agreements the same way. In a TV interview, Parliament Speaker Mustafa Şentop said that technically it is possible and gave the example of The Montreux Convention Regarding the Regime of the Straits.

Following discussions about Şentop's statements, a total of 104 retired admirals signed a statement declaring their commitment to the international treaty that regulates shipping through the Bosporus and Dardanelles, which links the Mediterranean Sea to the Black Sea.

The statement triggered strong condemnation from the ruling party and government officials, who drew parallels with previous statements that accompanied past military takeovers in Turkey.

The Montreux Convention is a 1936 agreement that gives Turkey control over the Bosporus and Dardanelles and regulates the transit of naval warships. The convention guarantees the free passage of civilian vessels in times of peace and restricts the passage of naval ships that do not belong to littoral Black Sea states.