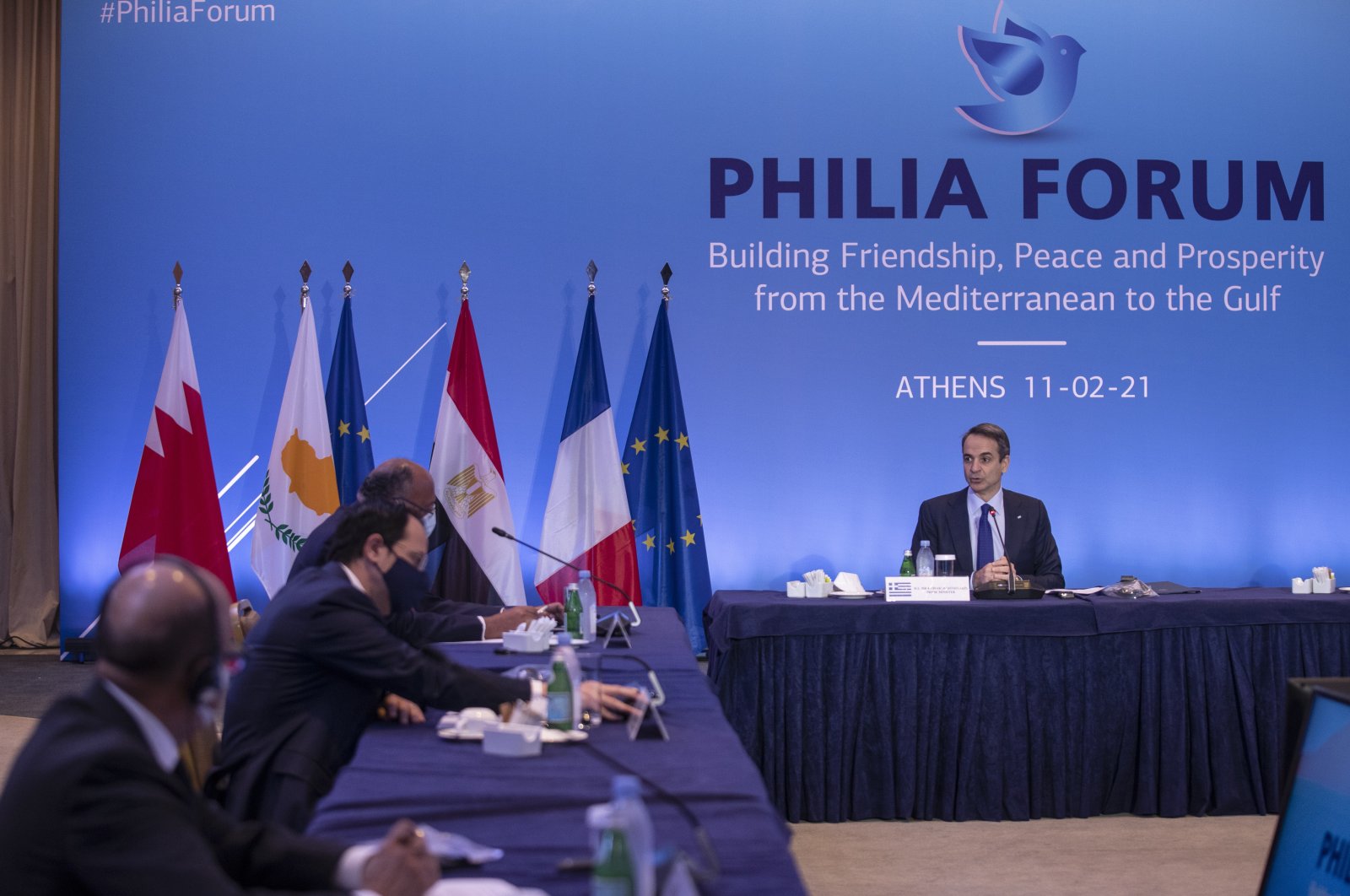 Turkey on Thursday condemned a forum held in Athens with the participation of Greece, France, Egypt, Saudi Arabia, the United Arab Emirates (UAE), Bahrain and the Greek Cypriot administration as an alliance against the country.

In a written statement, the foreign ministry said that "the Greek foreign minister's accusatory and slanderous remarks at the meeting in Athens indicate this enterprise is not about friendship."

"It is not possible for any forum not including Turkey, the key country in its region, and Turkish Cypriots, to constitute an effective and successful mechanism of cooperation and friendship with regard to the challenges in the region," it said.

Dismissing the baseless accusations and slander against Turkey voiced by Greece's Foreign Minister Nikos Dendias during the press conference held at the conclusion of the forum, which is allegedly “not pitted against anyone”, the statement added: "it demonstrates that this initiative is in fact an attempt to form an alliance built upon hostility towards Turkey, rather than “friendship” as stated."

"This attitude displayed towards Turkey is hostile, especially at a time when attempts to establish sincere and inclusive cooperation in the Eastern Mediterranean are being conducted through Turkey’s proposal for an international conference. It also undermines the EU's efforts in the context of the Union for the Mediterranean."

The ministry also said that the attempts by Greece and the Greek Cypriot administration to prevent the EU from setting up a positive agenda with Turkey, and their conduct of politics by relying on others, threatens peace and stability in the region.

"We call upon this duo to act with common sense and invite the other countries attending this forum not to fall victim to the schemes of others," it added.

Foreign ministers and senior officials from several Persian Gulf countries met for the “Philia (Friendship) Forum” in Athens on Thursday, as Greece seeks to expand alliances to counter tension with regional rival and NATO ally Turkey.

During the meeting, Greece’s top diplomat Nikos Dendias described the initiative as a friendship bridge between countries of different regions, including the Eastern Mediterranean, the Balkans, the Gulf and Europe, and dismissed the claim that it is a defense alliance.

The visiting officials from Saudi Arabia, Bahrain, and the UAE met in Athens with the foreign ministers of Greece, the Greek Cyprus and Egypt, who already hold regular contacts, and they were joined by video link by French Foreign Minister Jean-Yves Le Drian.

The participating countries have broadly sided with Greece in the Eastern Mediterranean dispute.

“It is natural for Greece to seek out this type of cooperation ... multidimensional challenges in our wider neighborhood make it necessary,” he said at the start of the meetings.

Athens and Ankara recently restarted long-stalled talks aimed at resolving their maritime disputes but Greece has continued plans to modernize its military and in recent months has stepped up armed forces cooperations with France, Egypt, Israel and others.

Turkish and Greek officials will likely meet again between the end of February and early March to revive efforts to resolve the maritime boundary dispute in the Eastern Mediterranean.

Turkey and Greece are "valued allies" and NATO's role is to provide a platform to address differences between the two countries, the alliance's chief said last week.