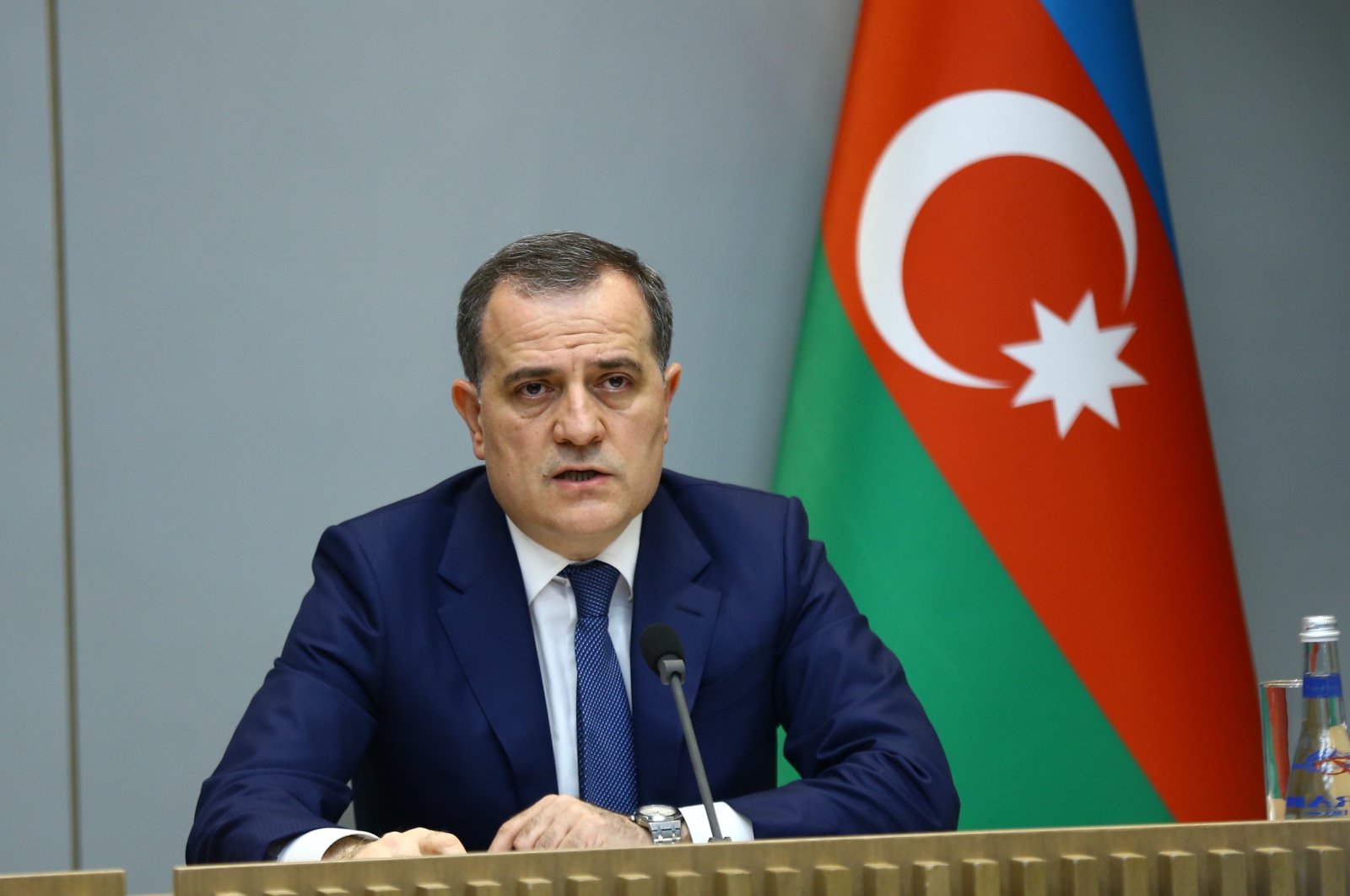 Speaking at a year-end evaluation of Azerbaijan's foreign policy, Bayramov said Azerbaijan and Turkey favor relations with all countries on the basis of international law.

“The basis for the normalization of interstate relations can only be international law,” he said. “Both Azerbaijan and Turkey have always shown this attitude. We’re in favor of improving our relations with all countries and neighbors on the basis of international law, and we are doing this. The exception so far on this list has been Armenia. We offer the same proposal to Armenia,” he explained.

Most recently, Turkish Foreign Minister Mevlüt Çavuşoğlu said Monday that Turkey and Armenia will engage in their first talks in Moscow.

Noting that the two sides have appointed special representatives, the foreign minister said Ankara wants to have direct contact with Yerevan before the official meeting.

“A road map outlining what steps need to be taken to normalize relations needs to be determined by direct contact, including bilateral visits,” Çavuşoğlu said.

Çavuşoğlu underlined that Turkey is coordinating with Azerbaijan regarding steps to be taken with Armenia and said: “I hope Armenia continues on this line. Armenia’s messages are positive, but we want to see action. We can take trilateral steps.”

“Both Azerbaijan and Turkey may open their borders with Armenia if we reach the point we want,” he added, saying that such a decision would be made in cooperation with Baku.

The borders between the two countries have been closed for decades, and diplomatic relations have been on hold. Armenia and Turkey signed a landmark peace accord in 2009 to restore ties and open their shared border after decades, but the deal was never ratified and ties have remained tense.

Relations between Armenia and Turkey have historically been complicated. During the Nagorno-Karabakh conflict last year, Ankara supported Baku in its war that saw it liberate Azerbaijani territories from Yerevan's occupation.

Bayramaov also added: “I would like to stress the importance of the historical Shusha Declaration signed on June 15, 2021. With this declaration, the relations between Azerbaijan and Turkey were raised to the level of an alliance.”

The Shusha Declaration affirms joint efforts by the two countries’ armies in the face of foreign threats. It also pledges a wide range of bilateral cooperation in other areas.

Bayramov emphasized that Azerbaijan's foreign policy is based on continuity and a systematic and logical approach.

“We have conducted and will conduct a transparent, international law-based and independent foreign policy,” he said.

Noting that Azerbaijan in 2021 continued its independent, active, open and national foreign policy, Bayramov stressed that they are working to consolidate the diplomatic gains of the 2020 Nagorno-Karabakh war and to make the world aware of the new reality in the region.

Bayramov also said Azerbaijan telling the world about the damage caused in the Nagorno-Karabakh region by the 30-year occupation of Armenian forces before its liberation is among the priorities of Azerbaijan's foreign policy.

Both countries filed cases against each other in the International Court of Justice (ICJ), he said, adding that most of Armenia's "baseless claims" were rejected by the court.

Underlining that Azerbaijan will continue its fight in the international judiciary, he said: “We will soon bring several international conventions to international courts for the first time to address the environmental damage and the illegal use of natural resources. This issue is among our duties in 2022.”

Before the victory, about 20% of Azerbaijan's territory had been under illegal occupation for nearly 30 years.