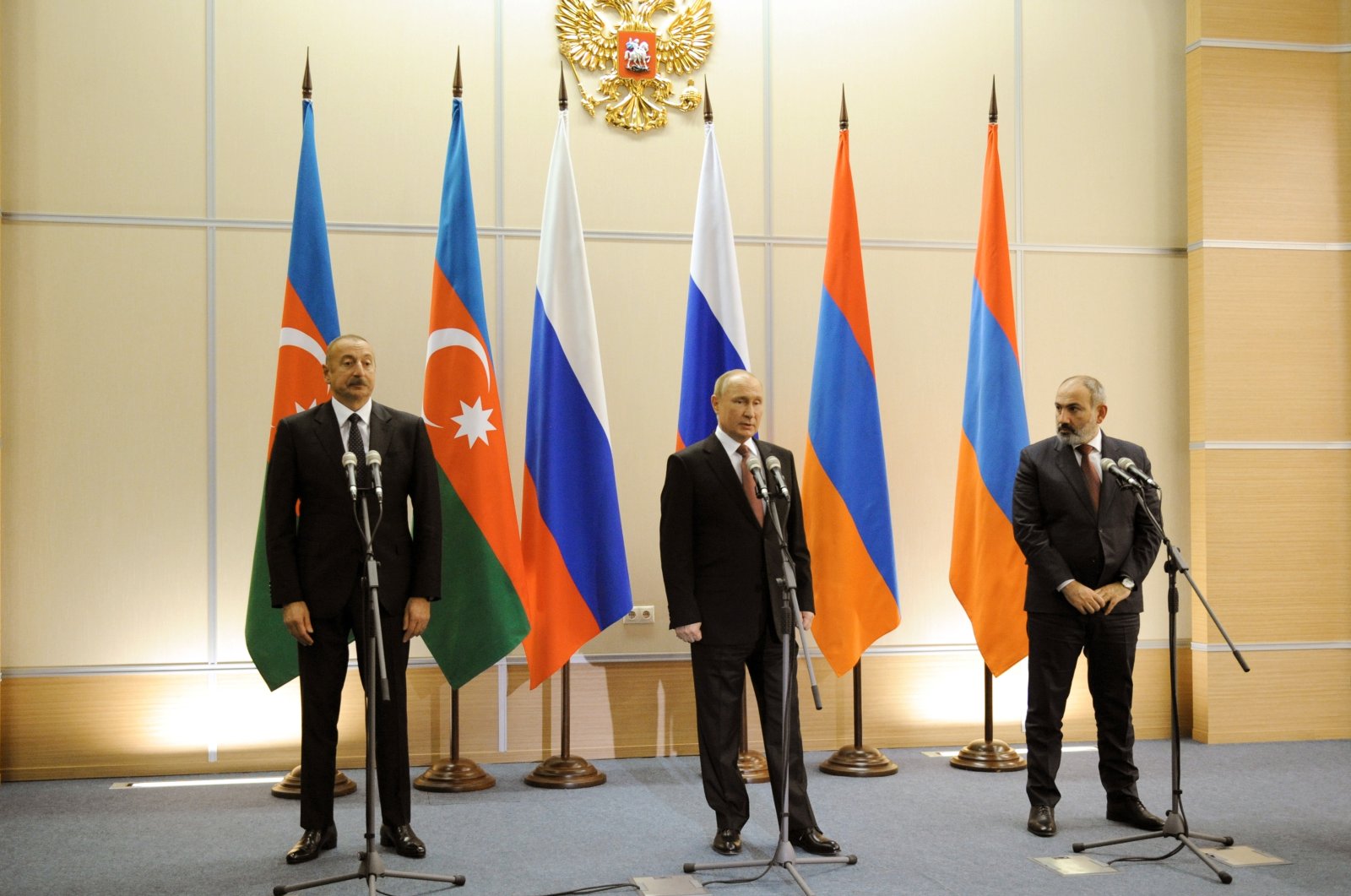 The top court of the United Nations is expected to decide on Tuesday on tit-for-tat requests by Azerbaijan and Armenia for emergency measures to ease tensions after last year's Karabakh war between the Caucasus archrivals.

The former Soviet republics, which battled for six weeks in autumn 2020 over the Armenian-occupied region of Nagorno-Karabakh, both allege racial discrimination by the other side.

In September, the rivals each asked the International Court of Justice (ICJ) located in the Peace Palace of The Hague to take steps against the other, pending the resolution of a full case that will take years.

The ICJ's chief judge Joan Donoghue "will deliver its order on the request for the indication of provisional measures made by the Republic of Armenia" at 2 p.m. GMT, the court said in a statement. Its ruling on Azerbaijan's case will follow immediately afterward.

The ICJ was set up after World War II to resolve disputes between United Nations member states. Parties that have agreed to let the court adjudicate their disputes are obliged to follow its rulings, but the court has no means to enforce them.

During hearings in October, Armenia and Azerbaijan both accused the other of breaching a U.N. treaty, the International Convention on All Forms of Racial Discrimination (CERD).

Azerbaijan accused Armenia of laying landmines as part of a campaign of "ethnic cleansing."

It said that after the liberation of Nagorno-Karabakh last year, when Azerbaijani civilians tried to return to their homes they found the area had been "carpeted" with landmines by Armenia.

Armenia also accused Azerbaijan of fuelling a "cycle of hate" by indoctrinating generations of people into a "culture of fear, of hate of anything and everything Armenian."

As Azerbaijan last month marked the first anniversary of its victory liberating the Armenian-occupied territories in the Karabakh region, its foreign ministry released a statement saying new realities have emerged in the South Caucasus region, and Armenia has to choose between regional cooperation and illegal and unfounded territorial claims against its neighbors.

Recently, Aliyev said that Azerbaijan offered to resolve border disputes and reach a permanent peace deal with Armenia but hasn't received any reply so far. Speaking at the opening of the 8th Global Baku Forum, Aliyev said that Azerbaijan and Armenia are in the post-conflict era now, and Baku is ready to make a peace deal with Yerevan. Armenia must cease its territorial claims that go against Azerbaijan and pursue a peaceful agenda in the South Caucasus, Hikmet Hajiyev, an aide to Aliyev, also told Daily Sabah last month.

Before the Second Karabakh War, about 20% of Azerbaijan's territory – including Nagorno-Karabakh and neighboring regions – had been under Armenian occupation for nearly three decades.

New clashes erupted on Sept. 27, and the Armenian military continued its attacks on civilian and Azerbaijani forces for 44 days, even violating three humanitarian cease-fire agreements.

During the 44-day conflict, Azerbaijan liberated several cities and 300 settlements and villages that were illegally occupied by Armenia for almost 30 years.