'Azerbaijan's recognition of Turkish Cyprus would be important step' 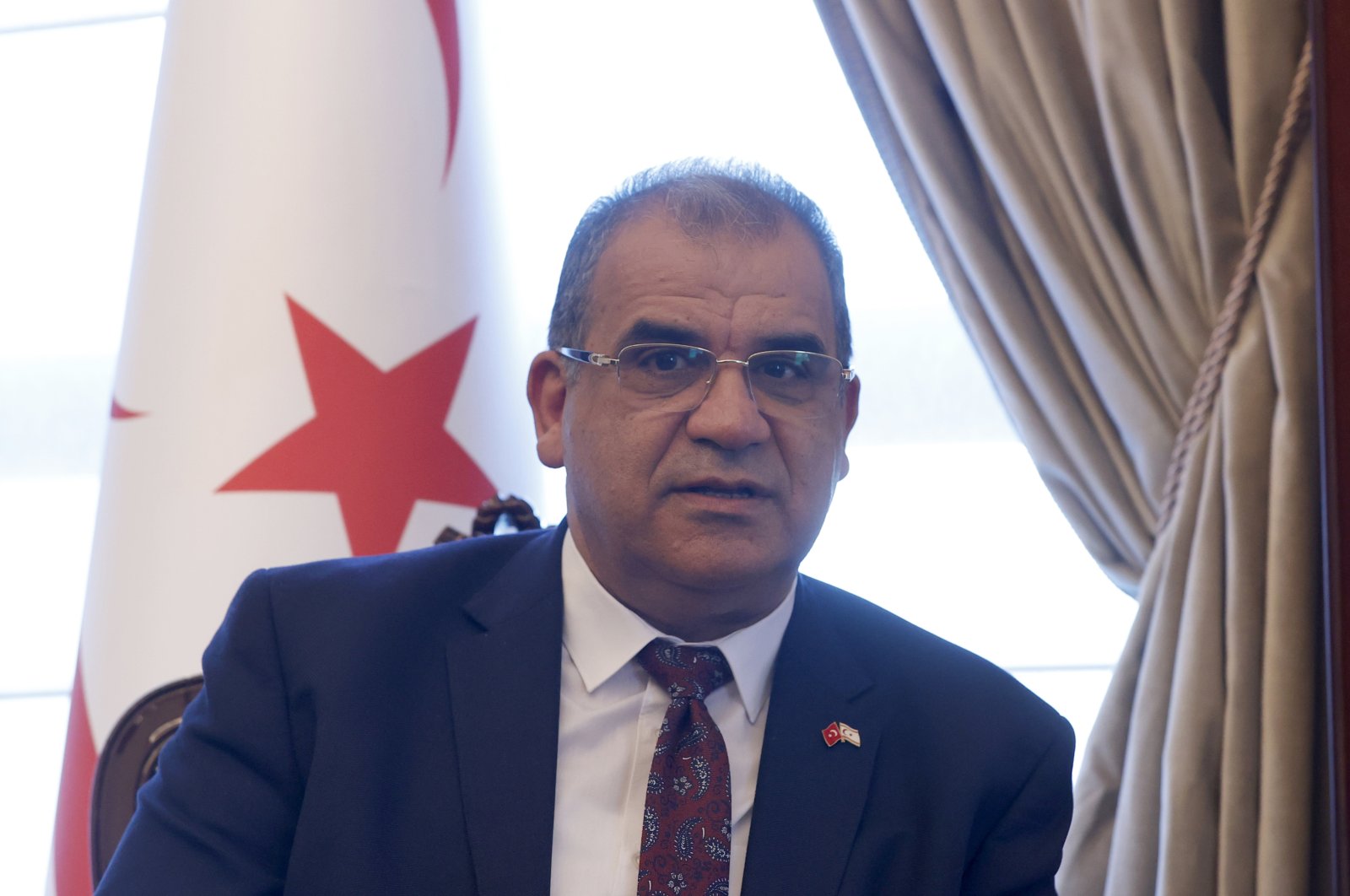 The official recognition of the Turkish Republic of Northern Cyprus (TRNC) by Azerbaijan would be a very important step, TRNC's Prime Minister Faiz Sucuoğlu said Thursday.

Sucuoğlu, received by President Recep Tayyip Erdoğan as part of his first official visit to Ankara after the establishment of the new Turkish Cyprus government, said while speaking to Anadolu Agency (AA).

Emphasizing that the TRNC and Turkey are "two states, one nation," Sucuoğlu said: "This is always the case. If we include Azerbaijan, it becomes 'three states, one nation.' Hopefully, in the coming period, our contacts with our Azerbaijani brothers will increase both politically and economically. Our expectation is that Azerbaijan, with whom we come from the same roots, speak the same language and share the same religion, will recognize the Turkish Republic of Northern Cyprus."

TRNC President Ersin Tatar said recently that he hopes the cultural, economic and social ties between Turkish Cyprus and Azerbaijan will develop on all levels and be politically fruitful.

Sucuoğlu also touched upon the conflict between the Turkish and Greek sides in the Eastern Mediterranean.

He said that the active policy of President Erdoğan, especially in the Blue Homeland, has put Turkish Cyprus at ease.

"You will be strong so that no one can look at you with a side-glance. They will understand that if they slap you, they will be punched. This is where the motherland is now. We are very comfortable of this direction in the TRNC," he said.

The Blue Homeland doctrine encompasses Turkey's maritime jurisdictions in the Black, Mediterranean and Aegean Seas, as well as the country's exclusive economic zone and continental shelf in line with United Nations resolutions. It emphasizes the idea that Turkey should pay more attention to the maritime sphere, focus on marine delimitation agreements, tap into potential resources as a heavily energy-dependent country and be aware of its interests, in line with long-running Turkish foreign policy principles.

Disputes between Turkey and Greece over maritime borders in the Eastern Mediterranean including the coasts of the island of Cyprus have led to the exchange of barbs, while some European countries – including France – have become involved on Athens' part.

Ankara has clearly indicated that it will not abandon its rights in the region in the face of Greece's maximalist claim that Athens allegedly has "full authority" in determining the maritime borders of the Greek islands, most of which are closer to the Turkish coast than to the Greek mainland.

The Eastern Mediterranean basin is estimated to contain natural gas worth $700 billion (TL 5 trillion), according to the United States Geological Survey (USGS).

Sucuoğlu also reiterated that the Turkish side advocates a two-state solution to the Cyprus issue and will no longer heed any suggestions based on a federal solution.

The island of Cyprus has been mired in a decadeslong struggle between the Turkish and Greek Cypriots, despite a series of diplomatic efforts by the U.N. to achieve a comprehensive settlement. The island has been divided since 1964 when ethnic attacks forced the Turkish Cypriots to withdraw into enclaves for their safety. In 1974, a Greek Cypriot coup aiming at Greece's annexation led to Turkey's military intervention as a guarantor power. The TRNC was founded in 1983 and currently, Turkey is the only country that officially recognizes it as a separate and independent state.

The TRNC's new coalition government won a vote of confidence in November, when Ersan Saner, the then prime minister of the TRNC, stepped down on Oct. 13.