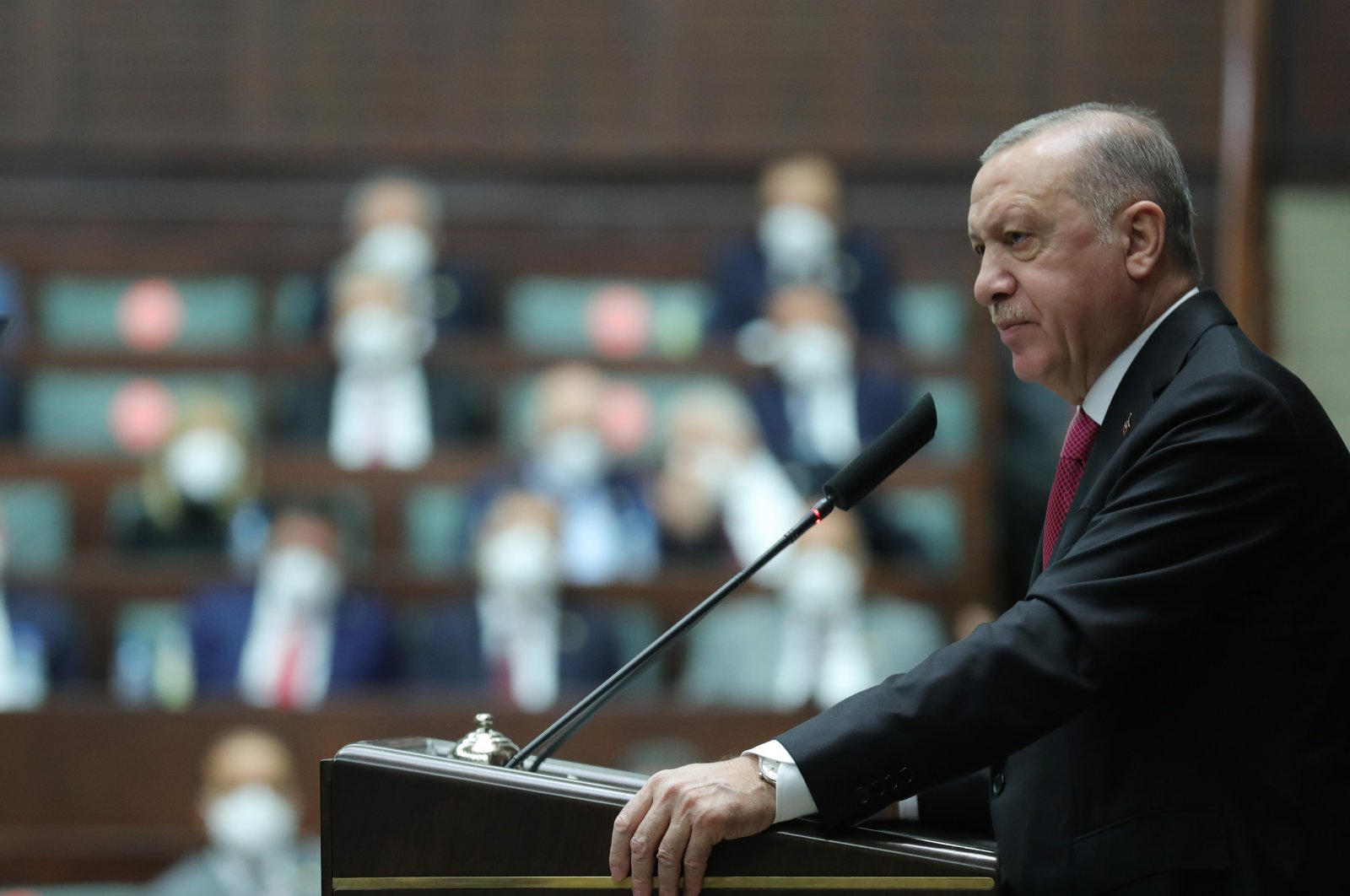 President Recep Tayyip Erdoğan pledged to continue fighting against Islamophobia, as he condemned the latest attack in Canada, which killed four members of a family and injured their 9-year-old son in London, Ontario.

"The latest attack in Canada shows the level that Islamophobia has reached. Turkey will continue to persistently fight Islamophobia and defend the rights of the oppressed," Erdoğan told the ruling Justice and Ruling Party's (AK Party) parliamentary group meeting Wednesday.

The president noted that Muslims throughout the world in general and the Turks in Europe in particular, have become the main targets of hatred.

He continued by saying that he would address the issue during his meetings with world leaders at the upcoming NATO summit next Monday.

Turkish officials strongly condemned the recent attack in London, as they urged an immediate stop to the demonization of Muslims. The killings sent shock waves across the country and Prime Minister Justin Trudeau expressed his sorrow Tuesday in parliament as politicians paid tribute to the victims, first with a moment of silence and then with words.

Turkish officials, including Erdoğan, have frequently urged Western decision-makers and politicians to take a stand against racism and other types of discrimination that have threatened the lives of millions of people living within the bloc’s borders.

Racist attacks targeting Muslims or immigrants increasingly make the headlines as white supremacists become more efficient in an age where their ideals, or at least parts of them, are going mainstream. There is no single large group orchestrating these attacks against Muslims and immigrants; rather, individual attacks lead to more attacks by copycats.