Erdoğan says he could meet with leader of Taliban 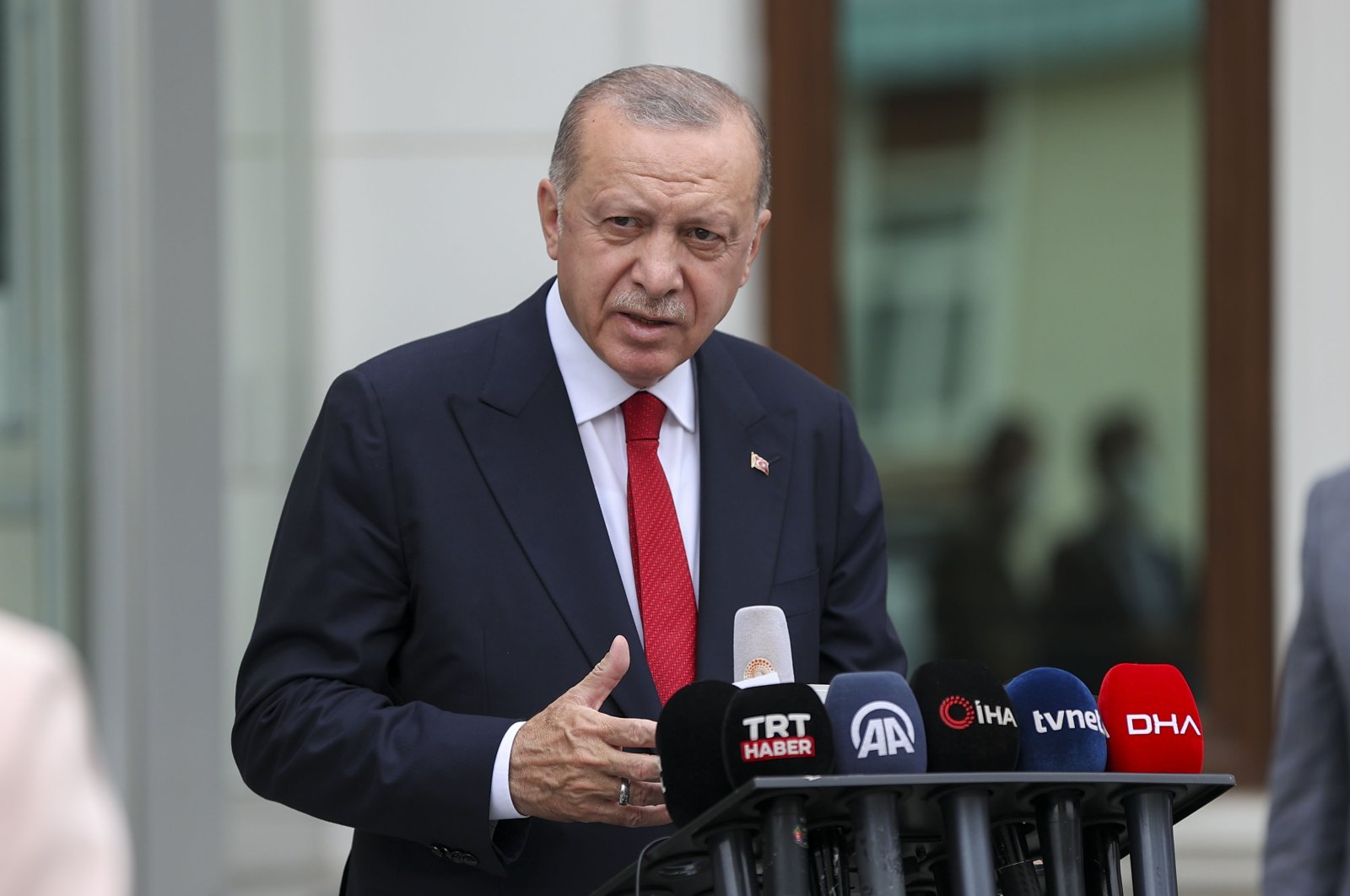 President Recep Tayyip Erdoğan said late Wednesday that he could meet with the leader of the Taliban as part of efforts to end the fighting in Afghanistan.

The Turkish authorities are working to set talks with the Taliban, he added.

"Turkey's relevant institutions are currently working until we have some talks with the Taliban. Maybe even I can be in a position to receive the person who will be their leader," Erdoğan said during a joint TV interview broadcast live on CNN Turk and Kanal D.

Erdoğan said that he earlier spoke with the Qatari leader and they discussed "where can we stop the steps taken by the Taliban and where can we take a step towards peace."

If the Taliban is not taken under control, "it will not be possible for us to achieve peace in Afghanistan," he asserted.

"The latest developments and the situation of the Afghan public are really, really troubling," Erdoğan said.

Erdoğan last month said Turkey would hold discussions with the Taliban as part of the peace process.

"Why? Because if we do not get control of things like this at a high level, it won't be possible to secure peace this time in Afghanistan," he added.

U.S. President Joe Biden said on Tuesday he did not regret his decision to pull US troops from Afghanistan.

Biden maintained that his plans to exit militarily have not changed despite the group's battlefield successes, emphasizing that Afghanistan's leaders must come together to "fight for themselves, fight for their nation."

While the U.S.-led NATO troops are ready to completely withdraw from the war-torn country, Turkey, whose forces in Afghanistan have always been comprised of noncombatant troops, has offered to guard and run Kabul’s Hamid Karzai International Airport after the NATO troops’ withdrawal.

Ankara has been holding talks with Washington on logistic and financial support for the mission, as questions remain on how security will be assured along major transport routes and at the airport.

In exchange, Erdoğan has asked for financial, logistical and diplomatic conditions to be met.

The Turkish Foreign Ministry has also called for a fair burden-sharing of the task given that the “uninterrupted, safe operation of the airport is indispensable for the continued presence of diplomatic missions in Afghanistan.”

Erdoğan said previously that Turkey is also ready to discuss the peace process with the Taliban.

Earlier in the day, two Turkish officials told Reuters that Turkey is for now still intent on running and guarding Kabul airport after other foreign troops withdraw from Afghanistan, but is monitoring the situation after rapid advances by Taliban insurgents.

"For now nothing has changed regarding the TSK (Turkish Armed Forces) taking control of Kabul Airport. The talks and the process are continuing," a senior Turkish official told Reuters.

"Work is continuing on the basis that the transfer will happen, but of course the situation in Afghanistan is being followed closely."

In comments to foreign media in Islamabad on Wednesday, Pakistani Prime Minister Imran Khan said after talks with Turkish Defence Minister Hulusi Akar that efforts would be made to facilitate talks between the Taliban and Ankara.

"The best thing is for Turkey and the Taliban to have a face-to-face dialogue. So both can talk about the reasons why Kabul airport has to be secured," Khan said.

"And so we will be talking to the Taliban, to use our influence on them, to have a face-to-face talk with Turkey."

A Turkish security official said Turkey was continuing to assess developments in Afghanistan.

"There is no change in view concerning the taking control of Kabul Airport. But the situation in Afghanistan is changing from day to day," he said.

Later in the day, a statement from the Presidency said that Erdoğan had a phone call with his Afghan counterpart, Ashraf Ghani.

According to the statement, Turkish - Afghan bilateral relations were discussed in the call as Erdoğan reiterated that Turkey will maintain to support Afghanistan's peace process.

He said Turkey will continue to stand by the friendly and brotherly Afghan people so that Afghanistan can achieve the peace and stability it deserves as soon as possible.