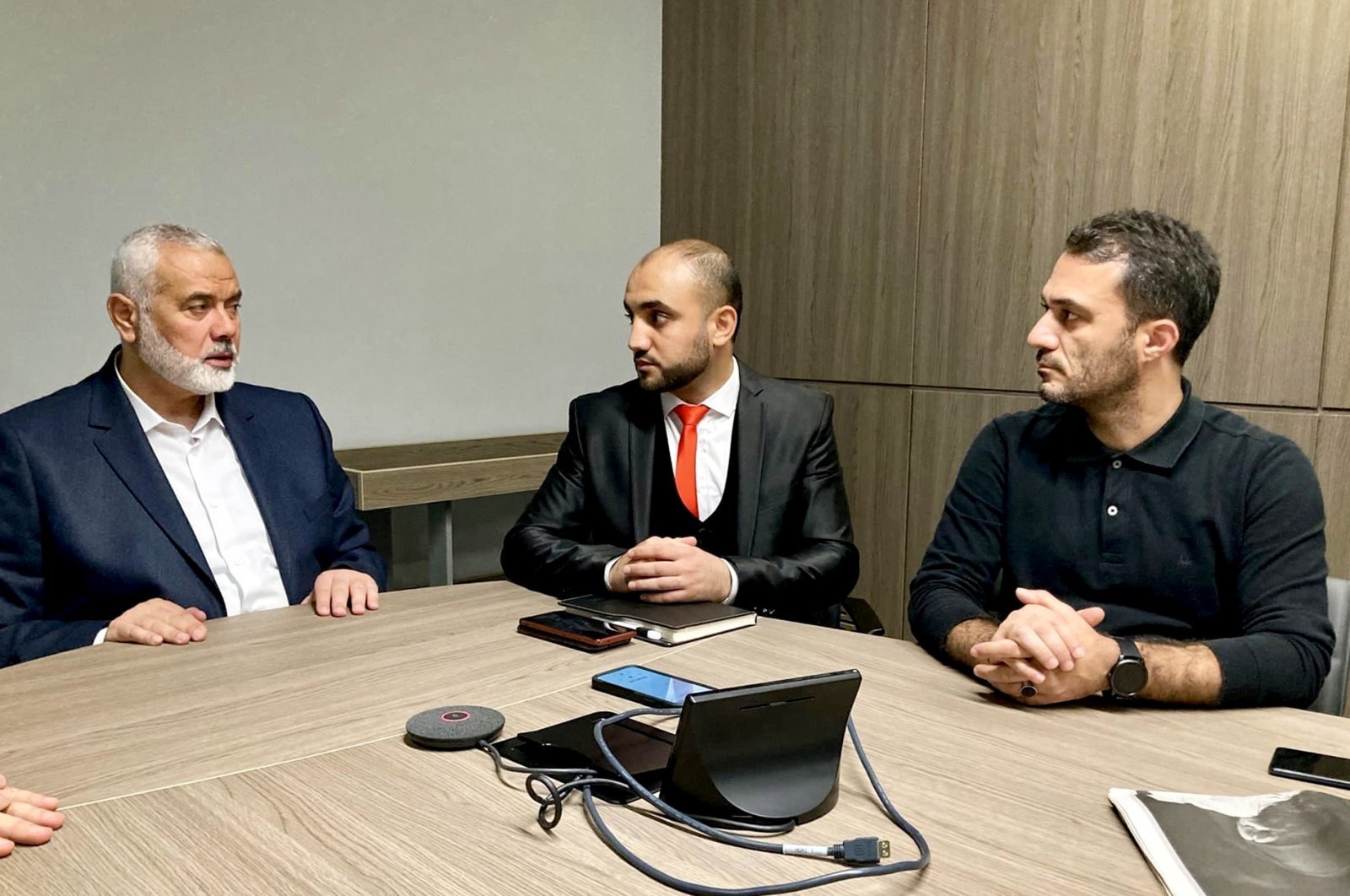 Palestine supports better Turkey-Egypt relations, the Hamas leader said Wednesday, expressing his hope that the rapprochement between the two countries would be beneficial for the Palestinian cause and humanitarian conditions in Gaza.

Speaking exclusively to Daily Sabah in Istanbul, the Hamas political bureau chief Ismail Haniyeh commenting on the recent rapprochement between Turkey and Egypt, said that Hamas would support such a direction.

Turkey and Egypt held the second round of their political consultations in Ankara earlier this month.

Egypt and Turkey have not shared ambassadors since 2013, when relations worsened following the ousting of Egyptian President Mohamed Morsi by military chief Abdel-Fattah el-Sissi, now the country’s president.

Turkey-Egypt ties have continued at the level of charge d'affaires since 2013. During this period, brief meetings were held between the foreign ministers of the two countries on various occasions.

Haniyeh also criticized the administrations of some regional actors and Muslim countries for their lack of support for the Palestinian cause.

Underlining and appreciating the large role played by Turkey in supporting the Palestinian cause, he said that Palestine and Palestinians have a special place in the hearts and minds of the people of Turkey.

Describing the Palestinian cause as a joint cause and issue, he said that President Recep Tayyip Erdoğan has assumed a major role in the international arena to defend Turkey’s support for Palestine.

Regarding the stance of other regional actors and Muslim countries on the issue, he said that the Palestinian cause is a major cause of concern for the people of other countries as well, and underlined the solidarity and support especially during the recent Israeli attacks on Gaza.

“Not only in the region and among Muslims but there was also a support and solidarity from all over the world,” he said.

Haniyeh stated that the problem lies with those who rule countries, not with societies.

He said that in order to be closer to the United States, they sacrifice Palestine to show allegiance to Israel.

Describing this stance as the wrong attitude, Haniyeh said that this will not be beneficial for them or humanity.

Haniyeh evaluated the two countries' relations and the Palestinian cause against Israel's aggression and oppression in an exclusive live interview with A Haber in Istanbul.

What Israel does with the support of the U.S. will not succeed, he added.

Hamas in August said it has reelected its supreme leader. Haniyeh, who has been living in exile for the past two years, was given a new four-year term by the Shura Council, the group's top decision-making body. He was unopposed.

Haniyeh has served as the former aide of Hamas' founder, Ahmed Yassin, who was assassinated in an Israeli airstrike in 2004.

He served as the Palestinian prime minister after Hamas won parliamentary elections in 2006 – a year before the group seized control of Gaza from rival Fatah-led forces of President Mahmoud Abbas. He was also Hamas' leader in the group's Gaza stronghold before being elected as head of the movement in 2017.

Haniyeh left Gaza in 2019 and has split his time between Turkey and Qatar. He has not said whether he will return.

Since taking control of Gaza in 2007, the group has fought four wars against Israel, most recently in May, and numerous smaller battles over the years.