Turkey, Egypt hold 2nd round of political talks in Ankara 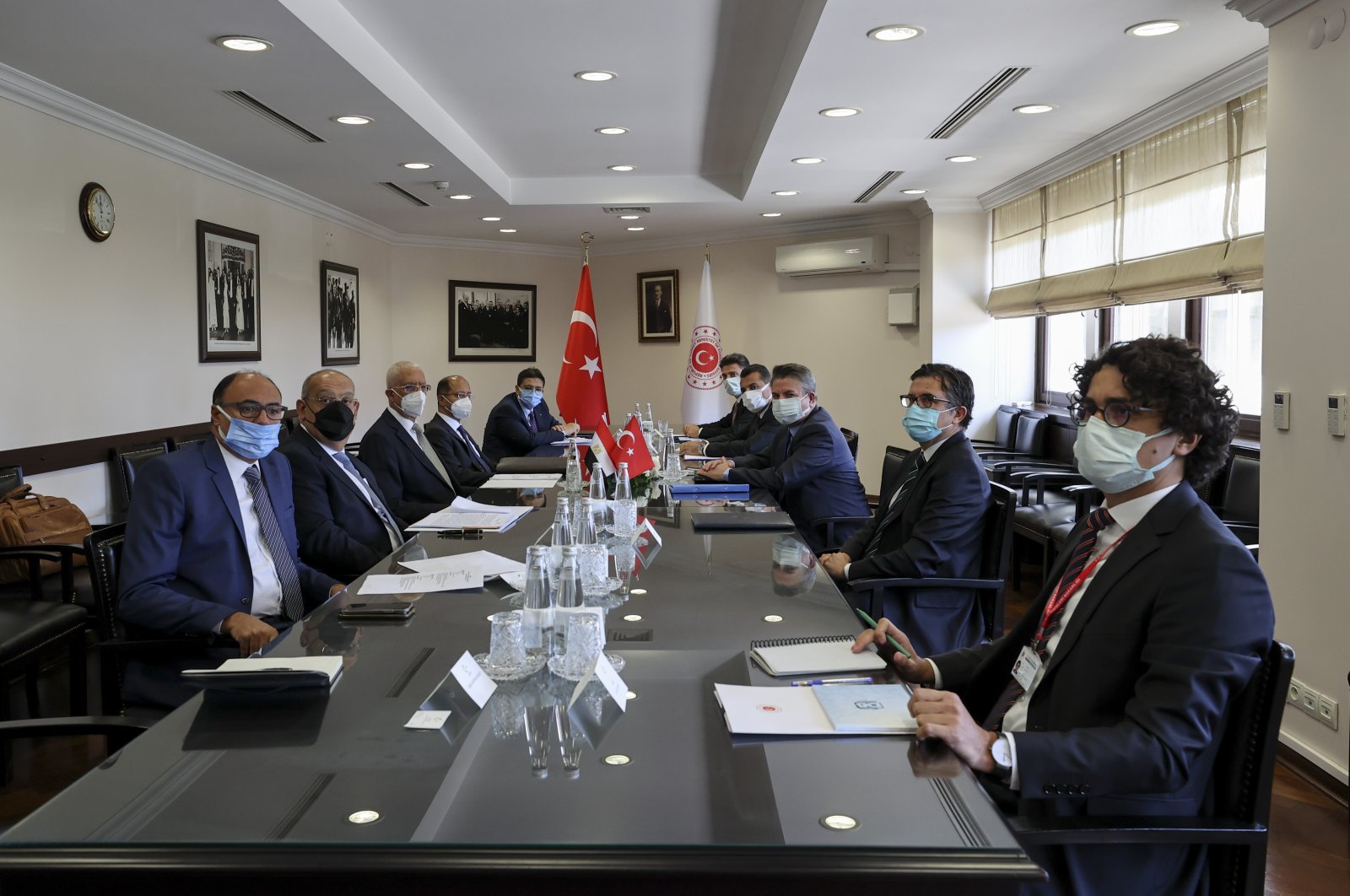 Turkish and Egyptian delegations meet for the second round of political talks in the capital, Ankara, Turkey, Sept. 7, 2021. (AA Photo)
by DAILY SABAH Sep 07, 2021 4:06 pm
RECOMMENDED

Turkey and Egypt held the second round of their political consultations in Ankara on Tuesday.

Noting that bilateral matters were addressed during the first day of talks, the statement said, the delegations are expected to exchange views on regional matters on the second day of talks on Wednesday.

"The parties aim to advance and normalize relations on the basis of mutual benefit," it added.

On May 5, a Turkish delegation headed by Deputy Foreign Minister Önal visited Cairo at Egypt's invitation. At the end of the visit, the two countries issued a joint statement describing the exploratory round of bilateral talks between them as "frank and in-depth."

On May 7, Turkish President Recep Tayyip Erdoğan announced the start of a new phase in relations with Egypt, stressing that the talks would continue, develop and expand.

Egypt and Turkey have not shared ambassadors since 2013, when relations worsened following the ousting of Egyptian President Mohamed Morsi by military chief Abdel Fattah al-Sisi, now the country’s president.

Turkey-Egypt ties have continued at the level of charge d'affairs since 2013. During this period, brief meetings were held between the foreign ministers of the two countries on various occasions.

Turkey also continued on Tuesday to reach out to regional rivals Egypt and the United Arab Emirates (UAE) in a renewed bid to mend frayed ties that have stoked regional tensions.

Foreign Minister Mevlüt Çavuşoğlu said his country was taking “positive steps" to improve relations as Turkish and Egyptian officials were holding a second round of talks in Ankara.

“Our friends at the ministry are meeting (Egyptian officials),” he said in an interview with Turkish broadcaster NTV. “If we decide together after the meetings, we will take the necessary mutual steps to appoint an ambassador.”

“There is no lasting friendship or enmity in international relations,” said Çavuşoğlu.

The minister held out the possibility of striking a maritime deal with Egypt in the Eastern Mediterranean, similar to the one struck with the Tripoli government in late 2019. That deal led to renewed tensions between Turkey and neighboring Greece and Greek Cyprus over energy exploration in the region.

"They (Egypt) will make more gains if they make an agreement with us," he said.

Turkey has been at loggerheads with Egypt, the UAE and Saudi Arabia over a number of issues, most recently the conflict in Libya, where Ankara backed the U.N.-recognized administration in Tripoli while its Arab rivals supported an opposing faction led by putschist Gen. Khalia Haftar.

Journalist Mustafa Özcan told Anadolu Agency (AA) that both countries put forth a will to restore relations and that relations are improving, albeit slowly.

Özcan underlined that Turkey is neighboring the Arab world and that Turkey and Egypt have common areas of interest in Libya, North Africa, Syria and Iraq.

On the other side, Egyptian journalist Saliha Allam said that Cairo and Ankara know the importance of improving relations.

“General interests and developments in the international arena are forcing both countries to postpone their disagreements and act together in some issues. Egypt needs Turkey in some regional issues just as Turkey needs Egypt in some files,” Allam said, adding that although both countries may not overcome disagreements regarding the Muslim Brotherhood, the issues of Libya and the Eastern Mediterranean have priority.

Muhammed Zevavi of Sakarya University said that new alliances in the region influence Ankara-Cairo ties and pointed to rifts between Saudi Arabia and the UAE.

Zevavi also said that both countries could make an agreement on maritime zones in the Eastern Mediterranean.

“This agreement would disturb Greece, the Greek Cypriot administration, Israel and France.”