Exhibit on diplomats killed by Armenian groups opens in Washington 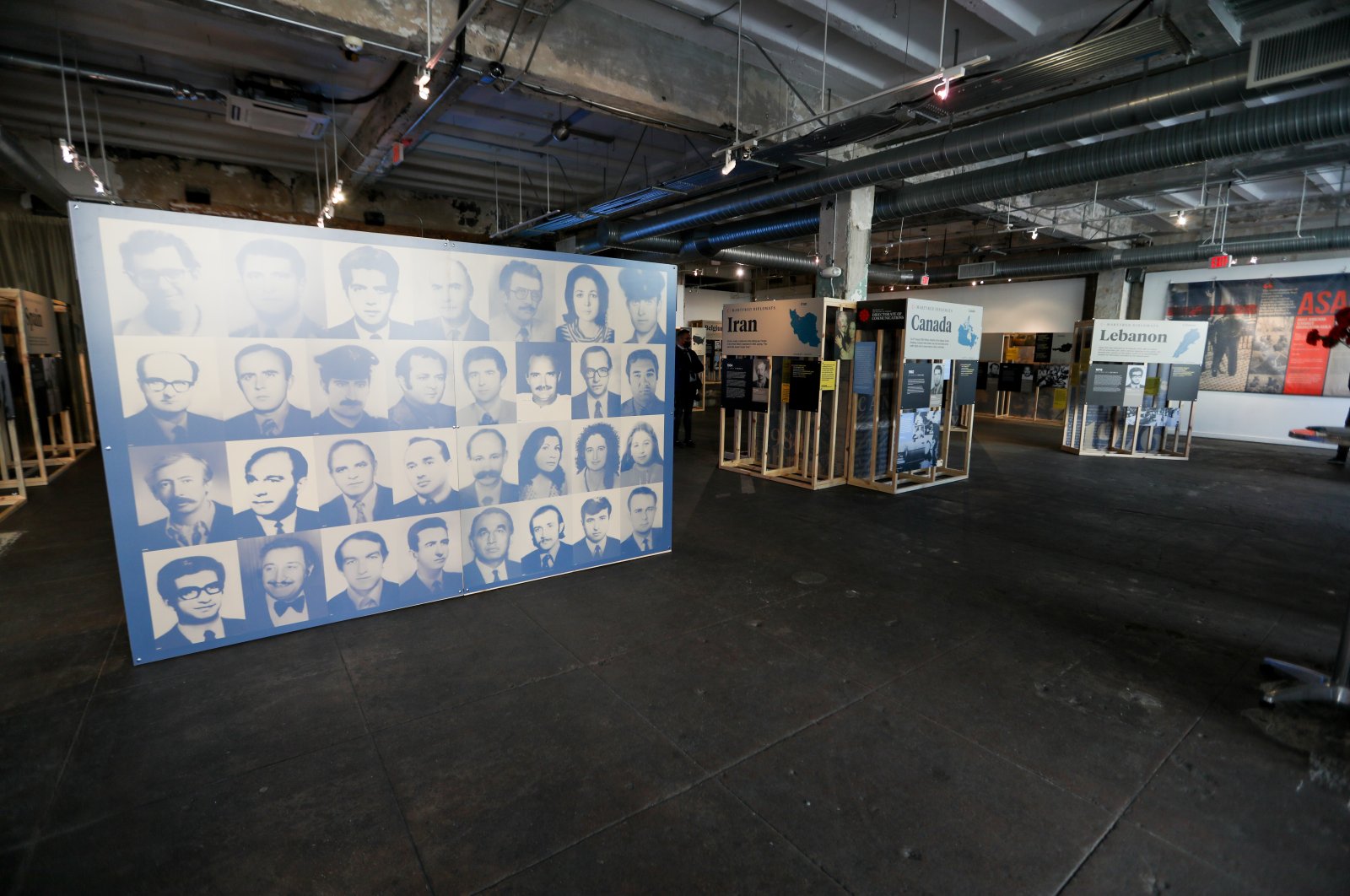 Turkey's Directorate of Communications has opened an exhibition in the United States' capital Washington, D.C. in memory of Turkish diplomats killed by Armenian terrorists, Washington, D.C., U.S., May 18, 2021. (AA Photo)
by DAILY SABAH WITH AA May 18, 2021 11:53 am
RECOMMENDED

Turkey's Directorate of Communications has opened an exhibition in the United States' capital Washington, D.C. in memory of Turkish diplomats killed by Armenian terrorists between 1973 and 1984.

The exhibition in Washington has become the second venue after opening its doors last month in Los Angeles, where Turkish diplomats were first targeted by Armenian terrorists.

Speaking to Anadolu Agency (AA), the Foundation for Political, Economic and Social Research (SETA) D.C. research director Kılıç Buğra Kanat said that the aim of the exhibition is to commemorate the Turkish diplomats killed by Armenian terrorists in the 1970s and 1980s.

It is the first time that this exhibition presents detailed stories of the diplomats, Kanat said and added: "Especially at a point when the Armenian issue came to the agenda in the United States and in a period when the 1915 events are frequently politicized, it is very important to commemorate diplomats killed by Armenian terrorist groups 30-40 years before."

The diplomats were killed in countries where they were supposed to be protected and had diplomatic immunity, Kanat underlined, adding: "This is once again a reminder that everyone is responsible for the killing of diplomats despite the threats they received in the countries they resided in. Such incidents should not happen from now on."

The exhibition reveals all the details about the terrorist attacks and assassinations that systematically targeted Turkey's diplomatic representatives.

In the exhibition, which includes panels showing the terrorist attacks and assassinations carried out by Armenian terrorists by country and city-based graphics and a date strip, there are special images featuring the stories of the murdered diplomats, along with high-resolution photographs made with artificial intelligence technology.

The next stop of the exhibition will be New York City, Kılıç said.

In a statement for the "Martyr Diplomats Exhibition" released by the Directorate of Communications last month, it was stated that the attacks in the 1970s and 1980s carried out by Armenian terrorist groups – the Armenian Secret Army for the Liberation of Armenia (ASALA) and the Justice Commandos of the Armenian Genocide (JCAG) – killed 58 Turkish citizens, including 31 diplomats. A total of 77 people were killed in these attacks, and many were injured.

These attacks were just two of the many assassinations of Turkish diplomats and family members around the world by Armenian terrorist groups that acted to avenge what they call the "genocide" of Armenians during the last years of the Ottoman Empire.

In a period when allegations of the so-called "Armenian genocide" are being ignited by Armenian lobbies and some countries for political goals, the exhibition also focuses on Turkey's efforts to reveal the truth and facts about the 1915 events. Last month, U.S. President Joe Biden recognized the events of 1915 as "genocide."