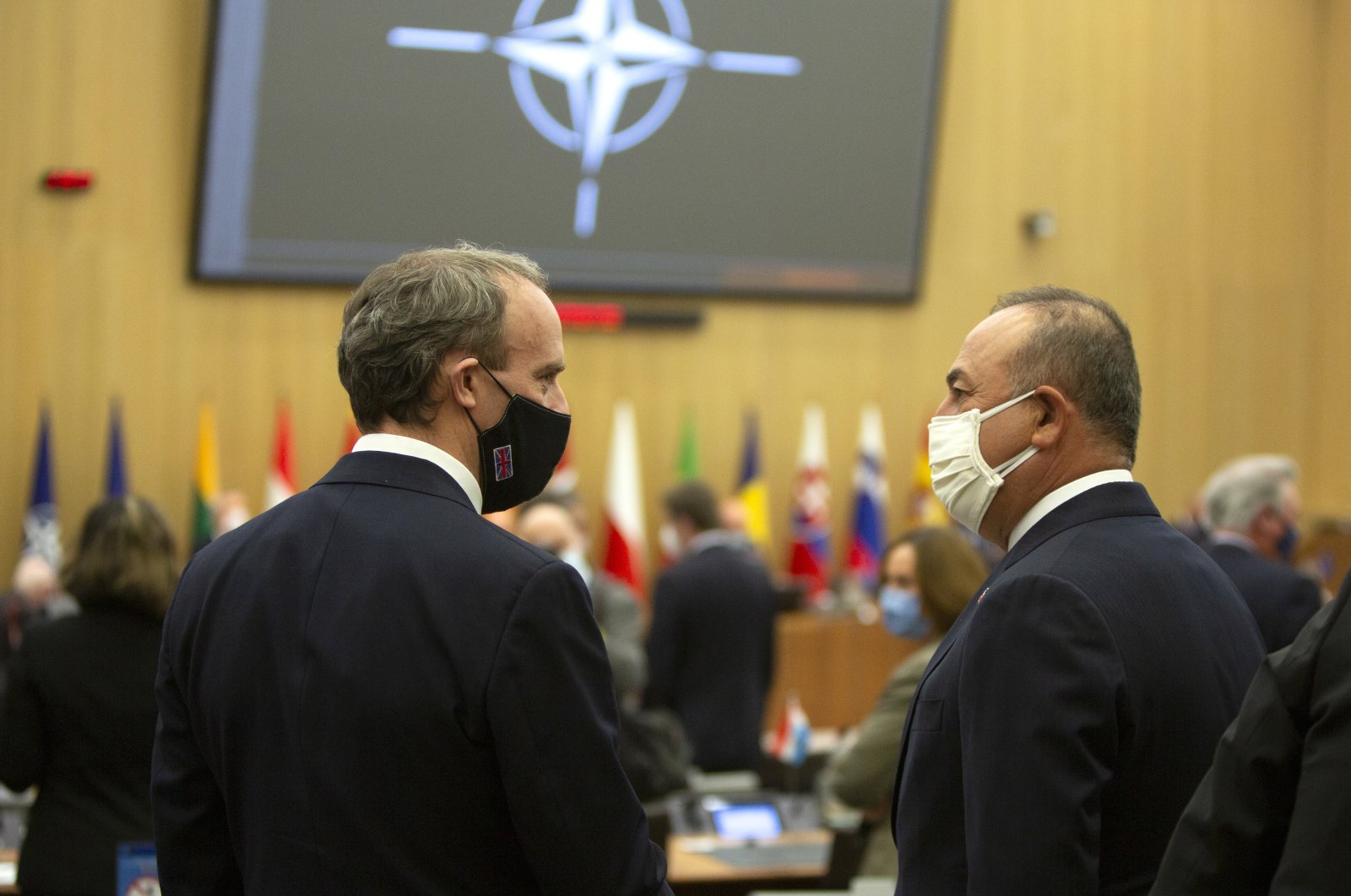 Following his meeting with French Foreign Minister Jean-Yves Le Drian, Çavuşoğlu, who is in Brussels for a NATO foreign ministers' meeting, said on Twitter: "We will host the Joint Economic and Trade Committee meeting and Business Forum. Our talks on regional issues, including Syria and Libya, will continue."

Syria has been ravaged by a civil war since early 2011 when the Bashar Assad regime cracked down on pro-democracy protesters. Based on United Nations estimates, hundreds of thousands of people have been killed and more than 10 million displaced.

According to the U.N.-led roadmap for the Libyan Political Dialogue Forum, President Mohamed Menfi, Prime Minister Abdul Hamid Dbeibeh and the incoming administration are expected to lead the country to elections by Dec. 24, 2021.

"Wishing to broaden the scope of the Free Trade Agreement and reach the bilateral trade target of $20 billion. Discussed developments in #Cyprus, #EasternMediterranean and #Libya," Çavuşoğlu said in a Twitter post.

-Wishing to broaden the scope of the Free Trade Agreement and reach bilateral trade target of $20 billion.

Last year, Turkey and the U.K. signed a historic free trade agreement, without which, about 75% of Turkish exports to the U.K. would have been subject to tariffs that would have caused potential losses of some $2.4 billion.

Turkey, which has the longest continental coastline in the Eastern Mediterranean, has rejected maritime boundary claims by European Union members Greece and the Greek Cypriot administration, stressing that their excessive claims violate the sovereign rights of Turkey and the Turkish Cypriots.