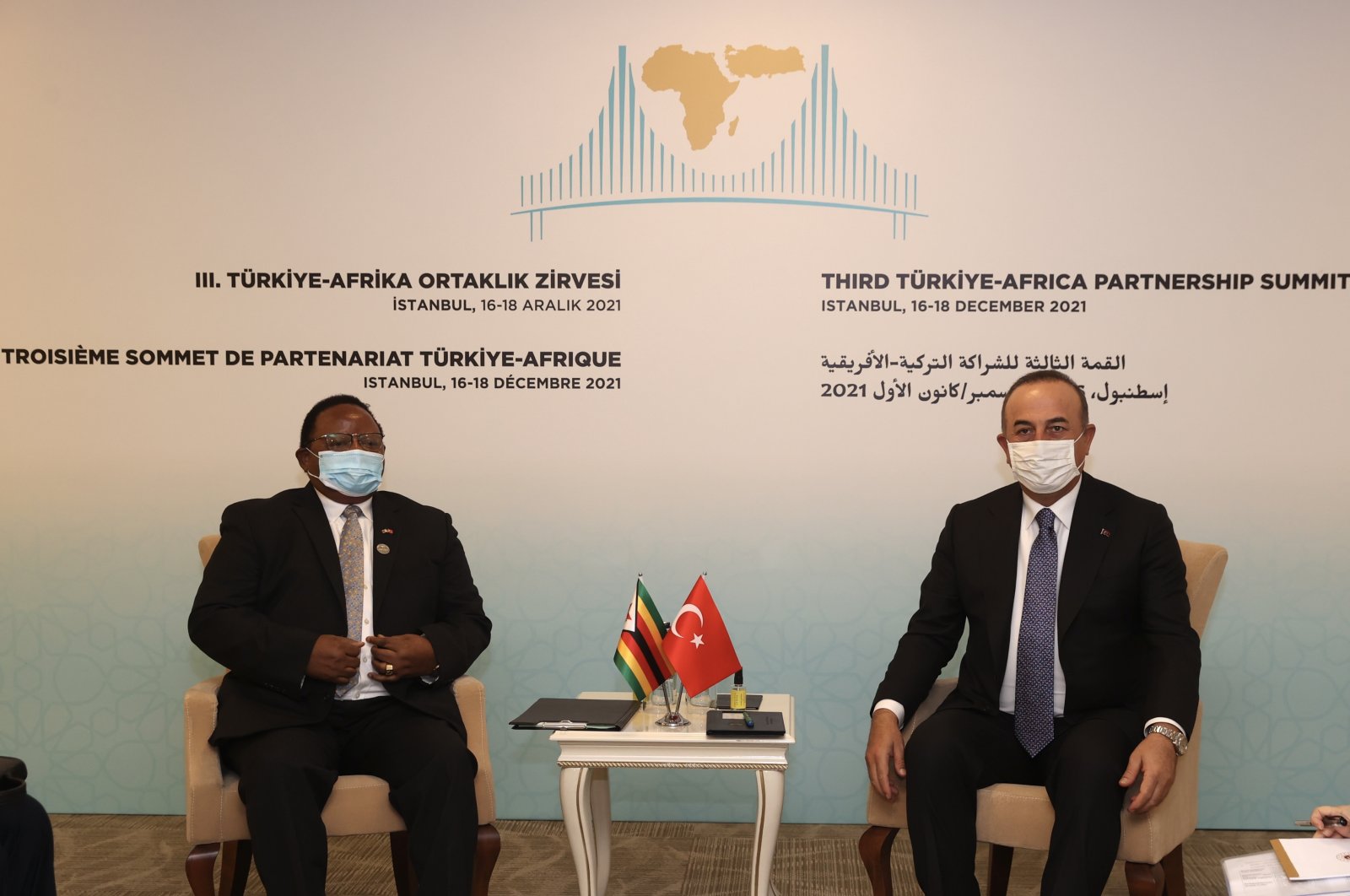 Foreign Minister Mevlüt Çavuşoğlu on Thursday met with his counterparts from Burundi, the Ivory Coast and Zimbabwe on the sidelines of the 3rd Turkey-Africa Partnership Summit in Istanbul.

Releasing a Twitter message, Çavuşoğlu said that he started the day by meeting with three top diplomats and shared photos of the meetings.

The third of the Turkey-Africa Partnership Summits, the first of which was held in Istanbul in 2008 and the second in 2014 in Malabo, the capital of Equatorial Guinea, started on Thursday in Istanbul with the theme of "Empowered Partnership for Development and Prosperity Together."

Heads of state, ministers and representatives of international institutions from African countries attend the summit held at the Istanbul Congress Center and will last until Dec. 18.

The summit is expected to launch a new stage in Turkey’s relations with the African Union (AU) and African countries, according to Turkey’s Foreign Ministry.

On the first day of the summit, a meeting of high-level officials, hosted by Deputy Minister of Foreign Affairs Ambassador Sedat Önal, was held close to the press.

The official opening of the summit will be held on Saturday, Dec. 18 with the participation of President Recep Tayyip Erdoğan and the leaders of African countries.

Erdoğan is expected to meet with the heads of state and government at a working dinner on the same day.

On the other hand, within the scope of the summit, bilateral meetings will be held at the ministerial level with the heads of state and government.

Concrete projects to be realized in the 2022-2026 period for the benefit of Africa are included in the Action Plan.

With the declaration to be accepted at the summit, it is aimed to give a strategic direction to the developing relations in every field between Turkey and the African continent for the period until the next summit.

The next Turkey-Africa Partnership Summit is planned to be held in an African country.

Erdoğan in October once again reaffirmed that Turkey’s approach in its ever-growing relations with African countries is based on equal partnership and a win-win principle, emphasizing the strong will to further develop commercial ties. Earlier in the month, he also held a four-day diplomatic tour to three African countries as part of the country's African policy to contribute to the economic and social development of the continent with peace and stability, as well as to develop bilateral relations on the basis of equal partnership and mutual benefit. During the tour, Erdoğan underlined that Western countries for years exploited the continent of Africa for their own interests and reiterated his message for a fairer world by calling the oppressed to act together for this aim.

Turkey’s engagement with the African continent has been gaining pace over the years. Since taking office nearly two decades ago, first serving as prime minister, Erdogan has been fostering ties with Africa, presenting Turkey as a fair player than the continent’s former colonial powers. Ankara has been stressing the desire to advance relations with the continent on the basis of a win-win relationship and equal partnership while observing mutual respect. Both sides have been vowing to tap into their greater potential when it comes to further expanding and deepening relations.