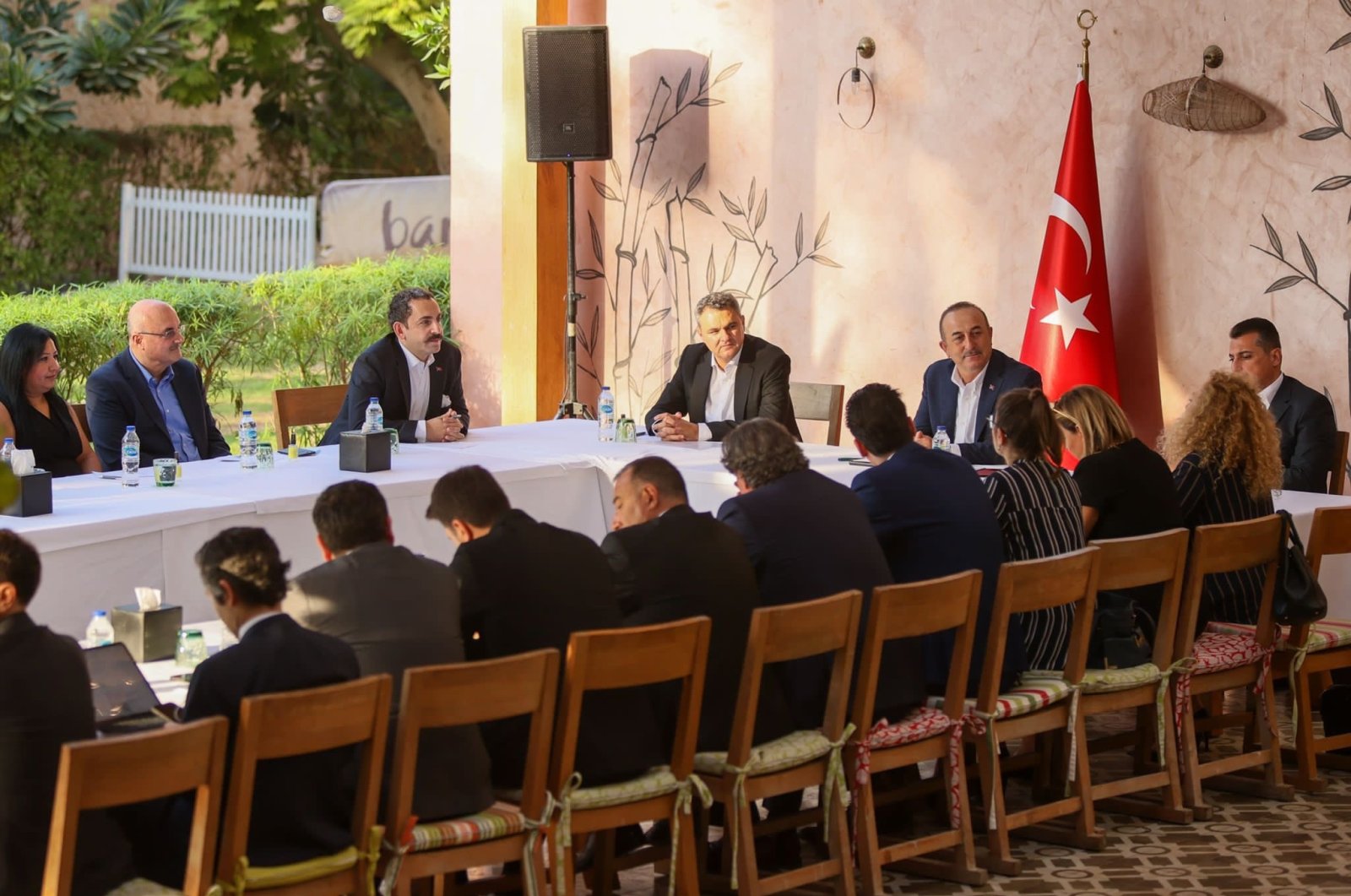 Turkey's support for them will continue, he said.

Trade between Turkey and the UAE will grow in the days to come, he added on Twitter.

Turkey's top diplomat arrived in the UAE on Monday for an official visit.

The trip yielded accords for billions of dollars of investments that President Recep Tayyip Erdoğan said would herald a “new era” in ties. The UAE has also announced it allocated a $10 billion (TL 142.91 billion) fund to support mainly strategic investments in Turkey.

Turkey’s Foreign Ministry said on Monday that Çavuşoğlu would visit the UAE between Dec. 13-15 and also meet Turkish businesspeople in Dubai as part of the trip.

“As part of the talks that will be held with UAE officials at the visit, various dimensions of our ties with this country will be discussed, and views will be exchanged on regional and international issues,” the ministry said in a statement.

Erdoğan has said he plans to visit Abu Dhabi in February.

A delegation from the UAE paid a visit to Turkey earlier this month to explore cooperation opportunities in the defense industry.

The delegation held talks with Ankara-based defense companies, including Aselsan, and also met with representatives of Turkish drone makers.

Turkish opposition parties have criticized the normalization with the UAE, saying the government was opting for the move now only due to the high volatility and depreciation in the Turkish lira.

Çavuşoğlu dismissed the accusations on Monday when addressing lawmakers in Parliament.

“We will develop our ties with everyone based on mutual benefit. Everyone wants to invest in Turkey, so it’s also not right to accuse them when they come to invest.”

Ankara also sided with Qatar after the mid-2017 blockade of the Gulf country by three Arab states, including Saudi Arabia, Egypt and the UAE. The row was resolved last January.

Turkey said in September it was in talks with the UAE over investments in energy such as power generation.

The UAE, whose sovereign wealth funds have made significant investments in Turkish online grocer Getir and e-commerce platform Trendyol, has said it seeks deeper economic ties with Ankara.

Abu Dhabi has accelerated a push to step back from regional conflicts and refocus on the economy.

As part of a new diplomatic initiative launched last year, Turkey has also moved to repair ties with Egypt and Saudi Arabia.