President Erdoğan to pay return visit to UAE in February 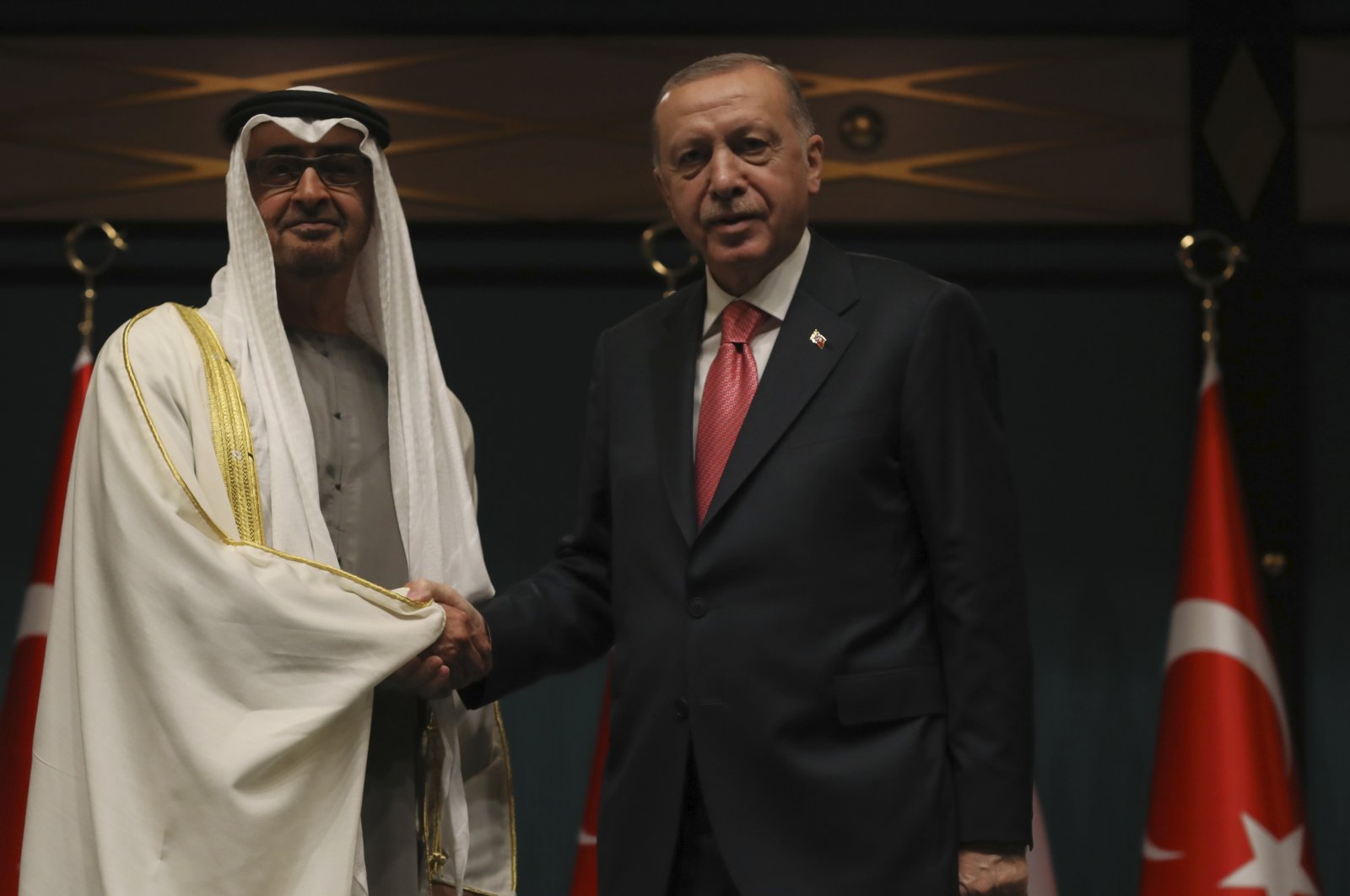 President Recep Tayyip Erdoğan said Monday that he is planning to pay an official visit to the United Arab Emirates (UAE) in February, underlining that similar steps made with the UAE will be taken to mend broken relations with Egypt and Israel.

Deals made with the UAE during the visit will mark the beginning of a new era in the bilateral relations between the two countries, Erdoğan stated.

"We had a meeting with Mohammed bin Zayed in 2011. After that, we went through some different periods. But we did not completely break ties. At least the intelligence agencies continued their talks. Meanwhile, our commercial relations continued. Despite these undesirable developments, the issue eventually came to a good point," the president said.

"They held talks with our relevant units. They had some meetings with our Investment Office. They said that they are ready for investment in Turkey. Later, Mohammed bin Zayed himself said that he especially wanted to visit, and that's how we made this visit," he said.

President Erdoğan last week hosted MBZ, as Turkey and the UAE seek to repair their relations and increase economic cooperation. The visit by the crown prince, seen as the de facto leader and the force behind the UAE’s foreign policy posture, was his first official trip to Turkey since 2012, and the highest-level visit by an Emirati official since relations hit a low as the countries have battled for regional influence and backed opposing sides in conflicts.

Turkish officials described MBZ's visit as the "beginning of a new era" following years of hostility after Ankara blamed the UAE for financing the 2016 coup plotters in Turkey and undermining Turkish interests in Libya. The UAE media also said that the visit will carry the relations between Turkey and Arab countries into a new period.

During the visit, Turkey and the UAE signed bilateral cooperation agreements in numerous fields, including trade, energy and the environment. The UAE also allocated a $10 billion fund to invest in Turkey.

"Indeed, it was a visit with a family sensibility. We made these agreements during this visit. I believe that the articles in the text of this agreement between Turkey and the United Arab Emirates were a step that led to the beginning of a new era and making it permanent. Our meetings, both bilateral and between the delegations, went very well and we signed the agreement there," Erdoğan said.

He added that he will make a return visit to the UAE in February and said: "Before me, there will be visits by both my foreign minister and the head of the National Intelligence Agency (MIT). There will be preparations. Then, in February, I hope to go with a large delegation and we will take some very strong steps. They presented an investment plan of $10 billion. By putting this investment plan into practice, we will build a very different future."

Erdoğan also touched upon the potential impact of rapprochement with the UAE on relations with other regional powers in the Middle East. Responding to a question specifically mentioning Egypt and Israel, Erdoğan said that ambassadors will be appointed according to a certain schedule when decisions are taken.

"Whatever steps taken between us and the UAE, we will take steps like this," he added.

The Arab quartet at the time demanded a series of reversals by Qatar, including the expulsion of Turkish troops, but Doha rejected the demands, which it saw as violations of its sovereignty. The dispute was resolved earlier this year with an agreement signed in Saudi Arabia.

The UAE's aggressive foreign policy led to its involvement in a Saudi-led coalition in Yemen that launched a devastating air campaign to roll back Houthi territorial gains in 2015, further escalating the crisis in the war-torn country. In Libya, Abu Dhabi backed putschist Gen. Khalifa Haftar, who tried to oust the legitimate United Nations-recognized Government of National Accord (GNA). In Syria, it supported the Bashar Assad regime in its offensive against democracy and civil rights.