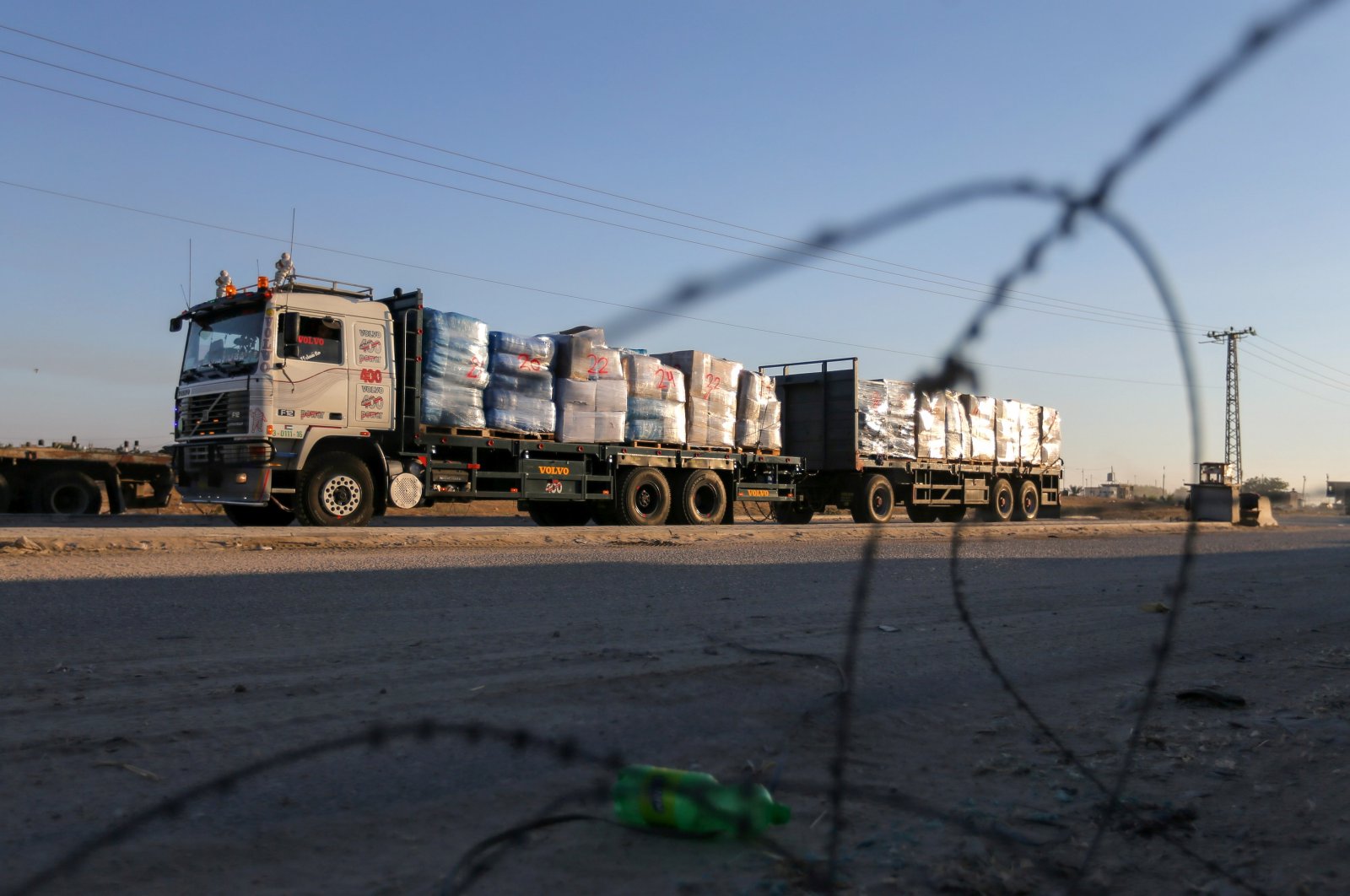 A truck carrying clothes for export is seen at Kerem Shalom crossing in Rafah in the southern Gaza Strip, June 21, 2021. (Ibraheem Abu Mustafa/REUTERS)
by DAILY SABAH WITH AA Jun 21, 2021 11:40 am
RECOMMENDED

Amid Turkish efforts to provide necessary humanitarian aid to Palestinians suffering due to Israel's oppression, the Gaza Strip's largest logistics center was opened with the support of the Turkish Red Crescent (Kızılay), the head of the charity said Sunday.

Kınık started his two-day visit by meeting with his counterpart Yunus al-Khatib, the head of the Palestinian Red Crescent.

He told Anadolu Agency (AA) that he visited Gaza to evaluate the humanitarian situation in the region after the latest Israeli attacks and to hold talks on the needs of Palestinians in Gaza.

Evaluating Israel's latest attacks as "the worst" for Gaza, he said water and electricity networks were destroyed and thousands of Palestinians were forced to leave their homes.

He said they will discuss the issue of meeting humanitarian needs with institutions and organizations in Palestine.

Emphasizing that the residents of Gaza need urgent help, he said fuel should be supplied to generators to provide electricity to the hospitals in the region.

On June 16, Kınık, who held a series of meetings in Egypt's capital Cairo to speed up aid efforts, said the process has been completed for the first humanitarian aid convoy of 10 trucks to enter through the Rafah border crossing.

An Egyptian-brokered truce that took effect on May 21 ended Israel's 11-day bombardment of the Gaza Strip.

The 11-day conflict was the fourth fought between Israel and the Palestinian resistance group Hamas, which has ruled Gaza since 2007. It featured the same waves of predawn Israeli airstrikes, the same continuous rocket fire out of the impoverished territory and the same lopsided casualty toll, with Palestinians making up the vast majority of the more than 250 killed. Health centers and media offices, as well as schools, were among the structures targeted.

Israel occupied East Jerusalem, where Al-Aqsa Mosque is located, during the 1967 Arab-Israeli war. It annexed the entire city in 1980 in a move never recognized by the international community.