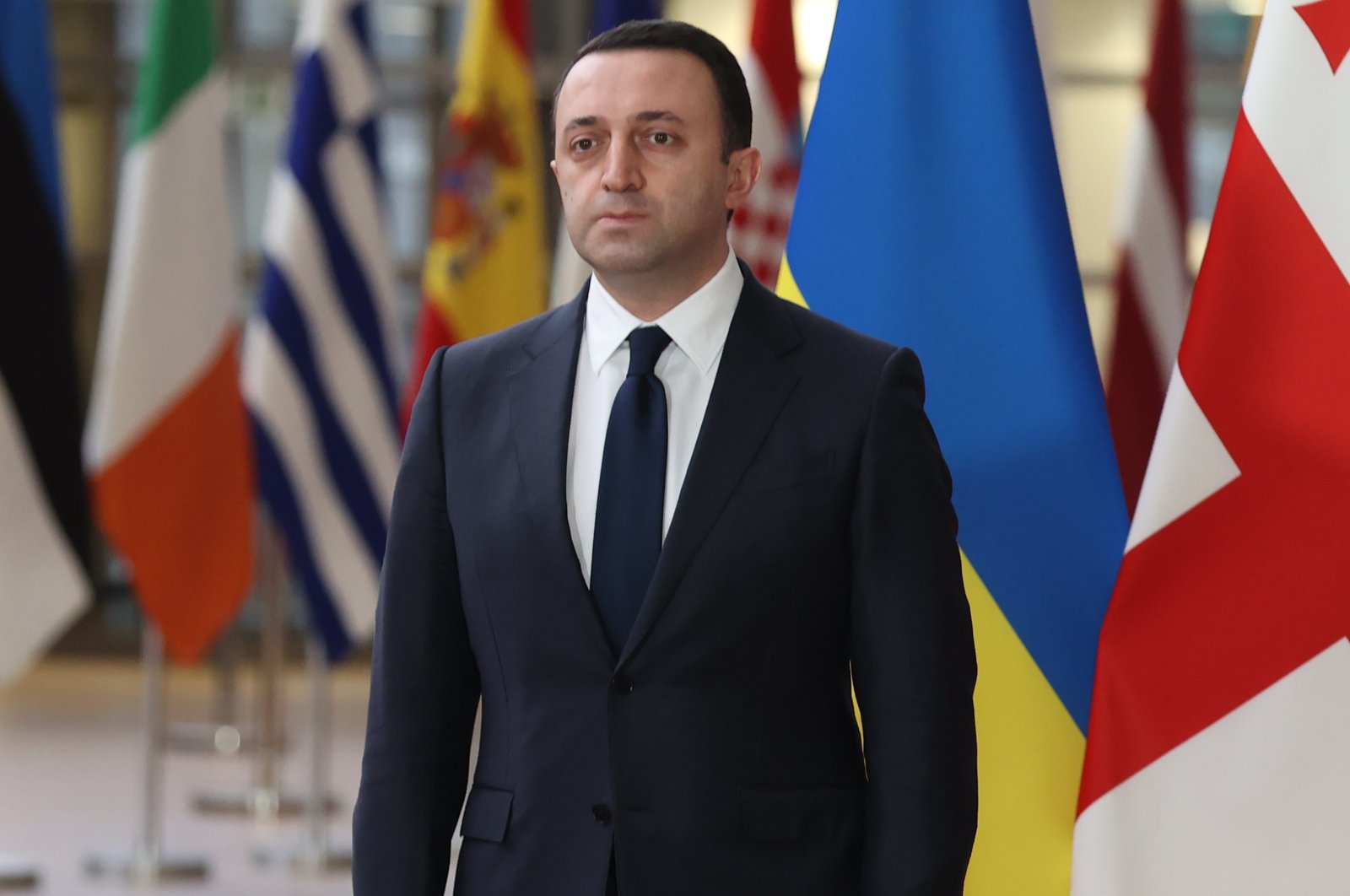 Georgia is pleased with the existing strategic relations with Turkey, Prime Minister Irakli Garibashvili said Monday, underlining that the bilateral ties must be improved further.

Speaking at a locally televised interview, he evaluated the country's domestic and foreign policies implemented in 2021, economic reforms made throughout the year and other issues.

Touching on his official contacts in Ankara in June, Garibashvili stated that he was accepted at the highest level by President Recep Tayyip Erdoğan, and said: "I am grateful for President Erdoğan's special, warm welcome. We had many meetings, including phone calls, and we have an honest, very open and cordial relationship."

"We are open to regional cooperation incorporating Turkey, Georgia, Azerbaijan and Armenia," Erdoğan had said in a press conference with Garibashvili at Ankara's Presidential Complex in June.

Tbilisi fought a five-day war with Russia in 2008 over Georgia's breakaway regions of South Ossetia and Abkhazia. Georgia lost control of both areas and Russia later recognized both territories as independent states.

Garibashvili stated that Turkey is a very important country in the region and that they, as Georgia, continue to work to strengthen bilateral relations.

"Of course, Turkey is a very important player in the region and we are happy about the strategic partnership. We need to maintain, strengthen and deepen these relationships. I am doing everything in this direction and I am glad that the president of Turkey has the same approach," he added.

Noting that it is not possible to develop trade, economy and energy projects in the region without strong cooperation, Garibashvili said: "I think today is a very good chance to further strengthen this relationship."

Ankara has made frequent calls for a six-nation platform comprising Turkey, Russia, Iran, Azerbaijan, Georgia and Armenia for permanent peace, stability and cooperation in the region, saying it would be a win-win initiative for all regional players in the Caucasus.

Another major project, the Baku-Tbilisi-Kars (BTK) railway, opened in 2017 and connected not just Turkey, Georgia and Azerbaijan but also Europe to Central Asia and China. The 829-kilometer railway line, also known as the "Iron Silk Road," extends from Baku to Kars, complementing a major part of the Middle Corridor with the Caspian Pass line.