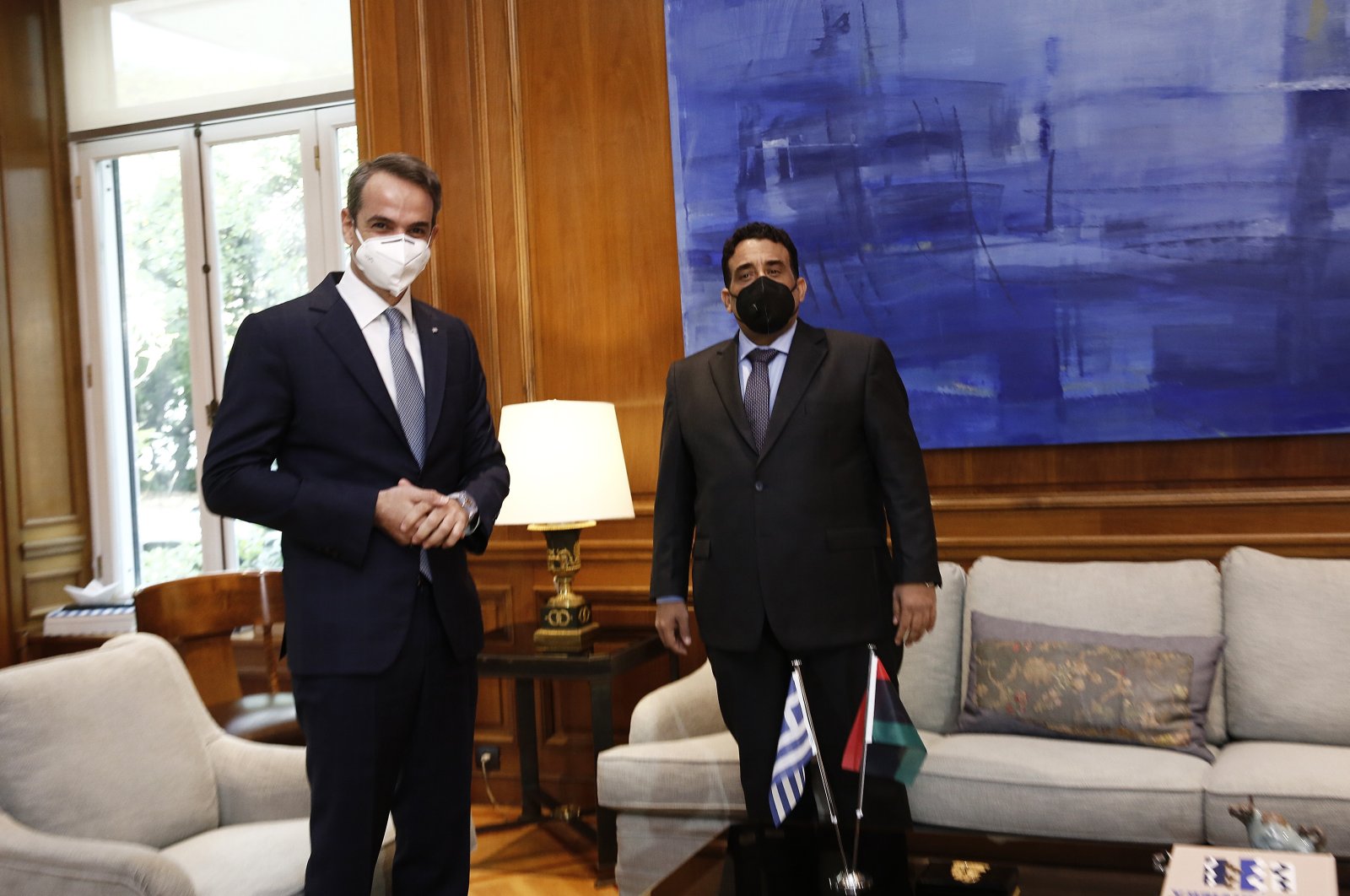 In a statement after the meeting, Mitsotakis said the two leaders "agreed on the immediate resumption of talks between Greece and Libya on the delimitation of maritime zones."

On the other hand, Libya's Presidential Council spokesperson later in the day said that the council has no authority to make international deals, adding that the authority belongs to the government led by Prime Minister Abdul Hamid Dbeibah.

Libya's new unity government took office on March 16, succeeding two warring administrations that had ruled eastern and western regions during a decade of violent chaos since the overthrow of autocratic leader Muammar Gaddafi.

Mitsotakis said Athens aimed to reset relations with Libya, which were soured by the internationally recognized Tripoli-based Government of National Accord's (GNA) signing a maritime boundary accord in 2019 with Turkey, Greece's regional rival.

The issue has fed into tensions between Athens and Ankara over territorial and energy issues in the Eastern Mediterranean that brought the two NATO allies close to armed conflict last year.

Turkish President Tayyip Erdoğan said Turkey and Libya were committed to the 2019 accord after talks with Libyan Prime Minister Dbeibah in Ankara, Monday.

That accord, which prompted Greece to expel the Libyan Ambassador at the time, mapped out a sea boundary between Turkey and Libya close to the Greek island of Crete. According to Athens it has no legal force and must be canceled.

Last year Greece signed an agreement with Egypt designating an exclusive economic zone in the Eastern Mediterranean, which Turkey has said infringes its own continental shelf, and which overlaps with the maritime zones it agreed with Libya.