NATO allies should cooperate with each other, British envoy says 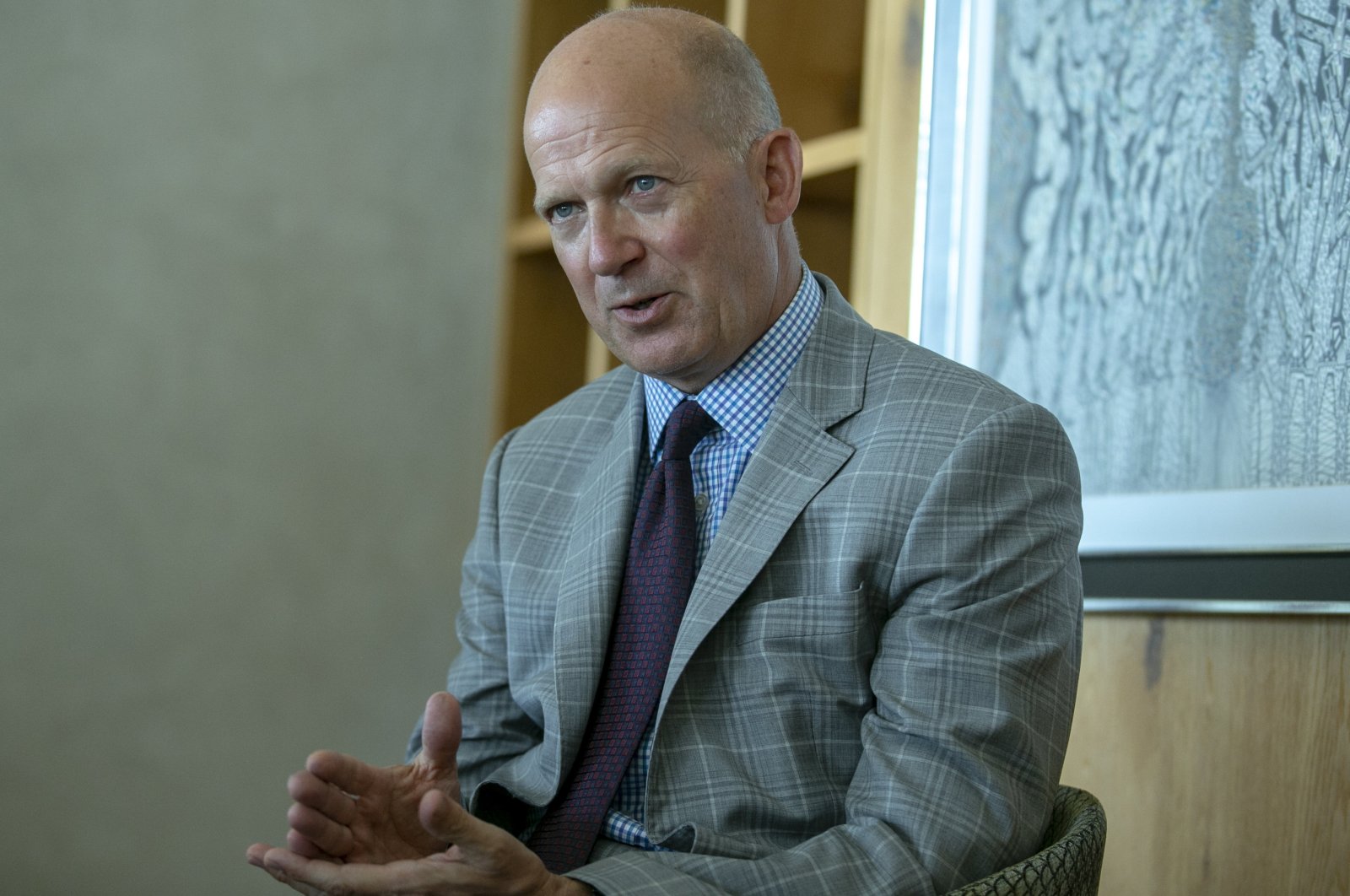 NATO allies should cooperate with each other, the British ambassador to Turkey said Thursday, underlining that the bloc's members should not buy military equipment from Russia.

Speaking to diplomatic correspondents at a virtual meeting in the capital Ankara, Dominick Chilcott commented on Turkey's purchase of S-400 defense missile systems from Russia.

He said NATO has a doctrine about buying equipment from Russia, adding: "The position of the U.K. government is that we stand by the NATO agreed position that NATO allies should not buy equipment or use equipment sourced from Russia. There are some exceptions to this, which are for countries which have legacy equipment from the days of the Cold War, from Russia. But I think those are the only exceptions."

Chilcott noted that Turkey and the U.K. are both NATO allies. "We see defense cooperation and defense industry sector cooperation as important components of the bilateral relationship," he said.

He also expressed "hope" that Turkey in the future would consider collaboration with the British international defense industry rather than Russia.

Chilcott in particular cited the TF-X Turkish fighter jet deal between the countries as "an extremely important project."

The countries signed a deal on the pre-design phase of Turkey's new fighter jet, TF-X, in January 2017 during a visit by then-Prime Minister Theresa May.

"I think that shows that the U.K. is very committed to working together with Turkey in the defense sector, and pursuing collaborations between our defense industrial sector," he added.

In April 2017, when protracted efforts to buy an air defense system from the U.S. proved futile, Turkey signed a contract with Russia to acquire its state-of-the-art S-400 missile shield.

U.S. officials voiced opposition to their deployment, claiming they would be incompatible with NATO systems and would expose F-35 jets to possible Russian subterfuge.

Turkey, however, stressed that the S-400s would not be integrated into NATO systems, and pose no threat to the alliance or its armaments.

Last month, the U.S. imposed sanctions on Turkey's Presidency of Defense Industries (SSB) and its chief Ismail Demir to penalize Ankara for its purchase of the Russian S-400 missile defense system.

The sanctions through Countering America's Adversaries Through Sanctions Act (CAATSA) – designed to deter countries from agreeing to military deals with Russia – also restrict U.S. loans and credits to the SSB, although that is not seen as having a significant impact.

Following the development, Turkey and the U.S. have started talks on forming a joint working group regarding U.S. sanctions imposed on Ankara.

Regarding the Cyprus issue, Chilcott also said that the U.K. will continue to support United Nations efforts to find "common ground" over the divided island.

"As a guarantor power, and a country with a lot of history in Cyprus, we feel the responsibility to support the efforts that are led by the U.N. secretary-general to bring about a settlement," said Chilcott, referring to the U.K.'s role as a guarantor for the island, along with Turkey and Greece.

Chilcott continued by saying that the U.K. believes the division of the island "is one of the causes of much of the tension in the Eastern Mediterranean ... Indeed, it is a cause of some of the problems that have existed between Turkey and the European Union."

The island of Cyprus has been divided since 1974 when a Greek Cypriot coup was followed by violence against the island's Turks, and Turkey's intervention as a guarantor power.

The Turkish Republic of Northern Cyprus (TRNC), established in 1983, is only recognized by Turkey and faces a long-standing embargo on commerce, transportation and culture.

Chilcott said, "We believe that a settlement of the Cyprus problem – and settlement, by definition means an outcome which the two communities on the island can both live with and are happy with – would transform the geostrategic picture in the Eastern Mediterranean, for the better."

He stressed that benefits from a resolution on the island for the Turkish and Greek Cypriots would be "enormous," adding that it would make the countries of the region and beyond "all feel the benefits of a more stable environment in the Eastern Mediterranean."

On a possible 5+1 informal meeting on Cyprus – which includes the two sides on the island, the three guarantor countries and the U.N. – Chilcott said, "We very much hope we'll be able to identify the common ground between the communities that will enable a process needed towards a settlement."

The meeting will be without preconditions to allow the parties to see that there is a change in administration in the TRNC, Guterres said during his first news conference in 2021.