New US envoy to Turkey Flake to assume charge on Jan. 7 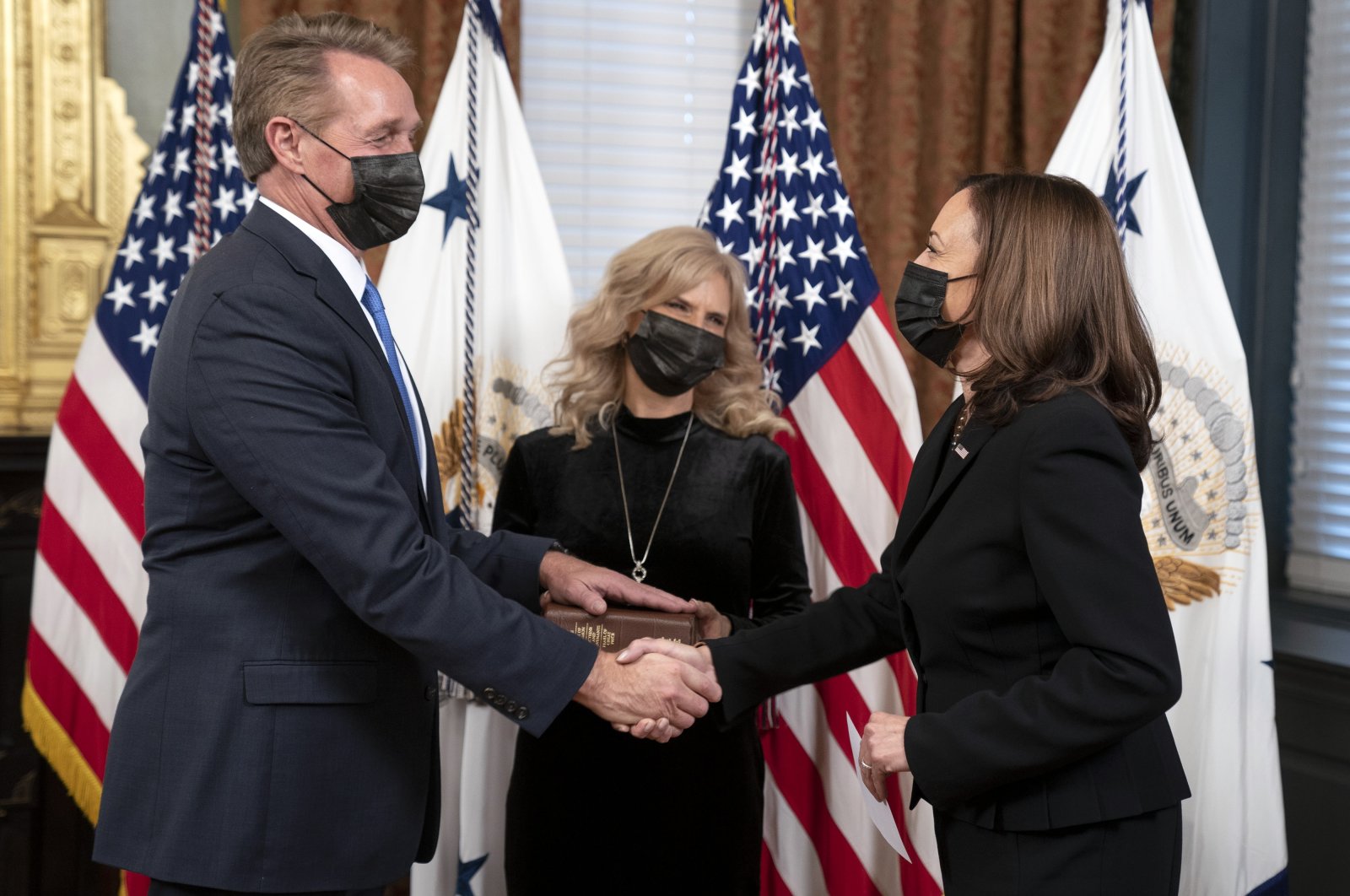 Former Sen. Jeff Flake, the United States' newly appointed ambassador to Turkey, is expected to arrive in the capital Ankara on Jan. 7 and officially take office after presenting his letter of credence to President Recep Tayyip Erdoğan.

U.S. President Joe Biden, who took office on Jan. 20, 2021, announced in July that the former Republican Arizona senator would be nominated as the new U.S. ambassador to Turkey, replacing experienced diplomat David Satterfield, who has been working in Ankara since August 2019.

Biden's decision to send a political figure to Ankara instead of a career diplomat from the State Department raised eyebrows and was viewed as a response to the Turkish government sending another politician, Murat Mercan, to Washington.

Flake's appointment was approved by the Senate Foreign Relations Committee on Oct. 16 and the Senate General Assembly on Oct. 26 with the joint approval of Republican and Democrat members. The former senator was officially sworn in at the ceremony held on Dec. 7, with the participation of U.S. Vice President Kamala Harris.

It is said that Flake, who will assume the duty of ambassador amid the normalization process in recent Turkish-American relations, will travel to Ankara and use his political influence to initiate dialogue between the allies to overcome the current problems.

However, Turkey's purchase of an advanced S-400 Russian air defense system and Washington's support for the Syrian offshoot of the PKK terrorist, the YPG, will dominate the agenda.

As BBC Turkish reported, Ankara does not expect Satterfield's replacement by political appointment will negatively impact the relations. On the contrary, it is anticipated that the new ambassador will contribute to the dialogue and consultation process that started after the Biden administration took office and continued with two face-to-face meetings between the leaders.

Flake, who is expected to stray from the rules of diplomatic rhetoric and deploy more political language, has not shown hostility toward Turkey in the past. The fact that he did not support the Armenian genocide bill presented by the Democrats in 2014 is also a positive indicator. However, the new ambassador's lack of knowledge and experience when it comes to Turkey and the vast region surrounding it is seen as a disadvantage.

Nominated in mid-July, Flake was a key Republican ally for Biden during last year's race to the White House and endorsed the Democratic then-nominee after establishing himself as a Republican at odds with former President Donald Trump.

Flake retired from the Senate at the end of his term in 2019, saying he was out of step with the Republican Party in the era of former President Donald Trump. He later wrote a book, "Conscience of a Conservative,” that was a critique of Trump.

Back in December 2020, the U.S. decided to impose sanctions on Turkey over the purchase of Russian-made missile defense systems. Flake said in September that Turkey could face more sanctions if it purchases additional S-400 missiles from Russia.

On the other hand, Ankara maintains that the greatest challenge that Turkey-U.S. relations face is not the purchase of the Russian S-400 missile defense system but rather Washington’s support for the YPG.

The PKK is a designated terrorist organization in the U.S., Turkey and the European Union, and Washington's support for its Syrian affiliate has been a jolt to the bilateral relations with Ankara. The U.S. primarily partnered with the YPG in northeastern Syria to fight the Daesh terrorist group. On the other hand, Turkey strongly opposed the YPG's presence in northern Syria, which poses a threat to Turkey and terrorizes local people, destroying their homes and forcing them to flee.

Under the pretext of fighting Daesh, the U.S. has provided military training and truckloads of military support to the YPG, despite its NATO ally's security concerns. Underlining that one cannot support one terrorist group to defeat another, Turkey carried out its own counterterrorism operations, over the course of which it has managed to drive away a significant number of terrorists from the region.