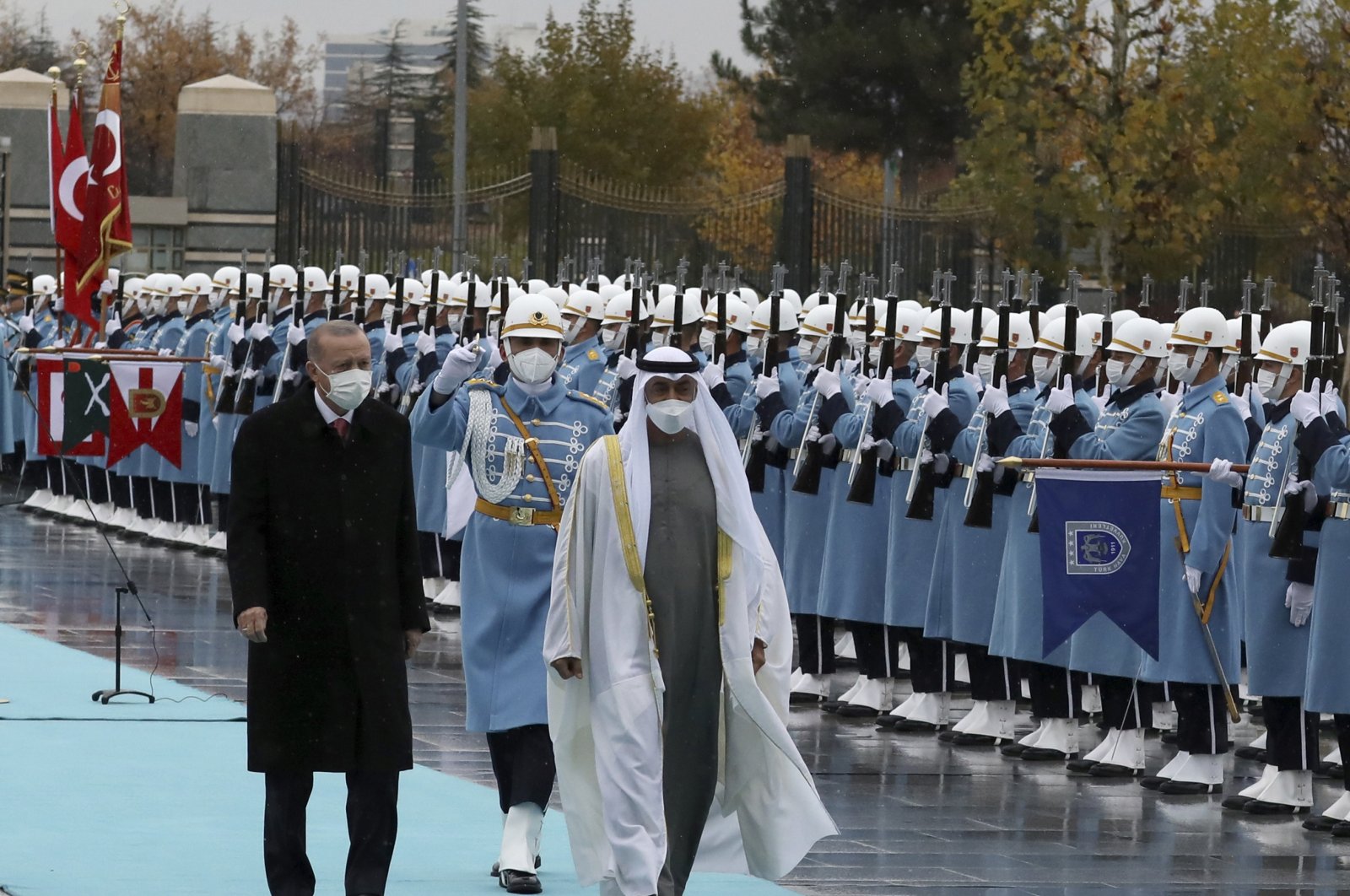 The two leaders talked about steps to be taken to enhance ties, and also touched upon regional developments, the statement said.

Erdoğan also congratulated MBZ on the 50th anniversary of the foundation of the UAE.

The visit by the crown prince, seen as the de facto leader and the force behind the UAE’s foreign policy posture, was his first official trip to Turkey since 2012, and the highest-level visit by an Emirati official since relations hit a low as the countries have battled for regional influence and backed opposing sides in conflicts. The crown prince’s brother, the UAE national security adviser Tahnoun bin Zayed Al Nahyan, visited Turkey in August as the first major step toward mending strained ties.

Erdoğan plans to visit the UAE in February to further enhance relations.