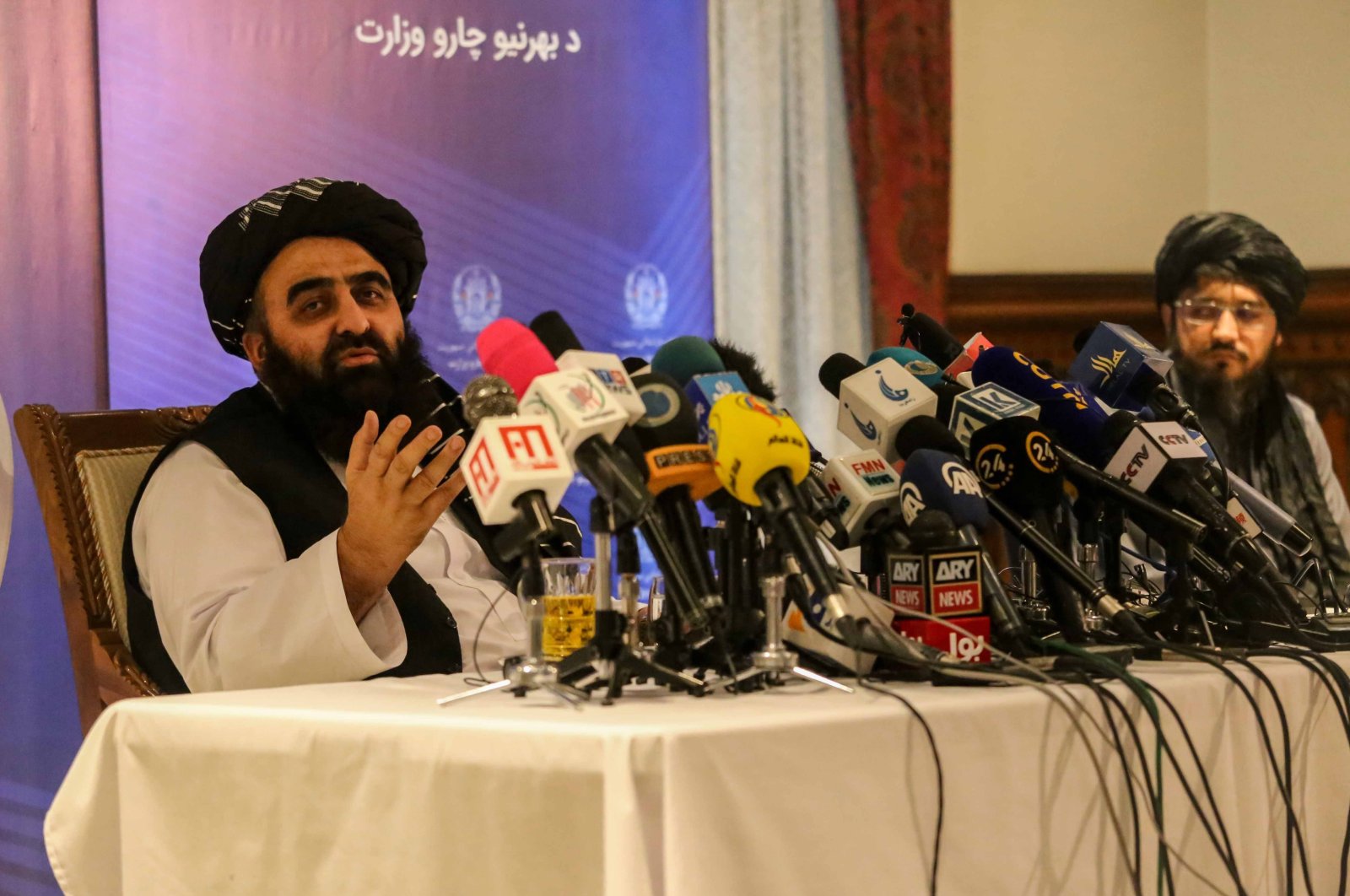 The Taliban are willing to develop strong relations with Turkey, the deputy foreign minister of the group's interim government in Afghanistan said Tuesday.

Speaking at his first news conference at the Ministry of Foreign Affairs in the capital Kabul, Amir Khan Muttaqi said the Taliban also want to establish good relations with other countries.

Noting that they are in contact with Turkish authorities, Muttaqi said they expect Turkey to stand by the people of Afghanistan and help with the country’s infrastructure work, especially the rebuilding of the Kabul Hamid Karzai International Airport.

Referring to a meeting in Geneva on the humanitarian situation in Afghanistan, Muttaqi said he appreciated the pledge of more than $1.2 billion in donations to Afghanistan at the conference.

He emphasized that the Taliban will cooperate with donor countries and this aid will be distributed in a transparent manner.

He also called on the Asian Development Bank and the Islamic Development Bank to help in Afghanistan’s development. He noted that the blocking of Afghan money by the U.S. was an act of brutality and added that humanitarian issues should not be mixed with politics.

Muttaqi said the Taliban will increase investment opportunities in Afghanistan in order to improve the country’s economic situation.

Earlier this week, Taliban spokesperson Suhail Shaheen also said that they would like to cooperate with Turkey.

Last month, the Taliban said they have asked all countries, primarily Turkey, to help the Afghan nation.

Turkey has been holding regular talks with the Taliban in Kabul, where it still has a diplomatic presence, about the conditions under which it could help operate the airport in the Afghan capital.

In his first comments on the Taliban's appointment on Tuesday of Mullah Mohammad Hassan Akhund as leader, Erdoğan said he did not know how long the new interim government's current makeup would last.