Turkey 'deeply disturbed' about US support for terrorists: Erdoğan 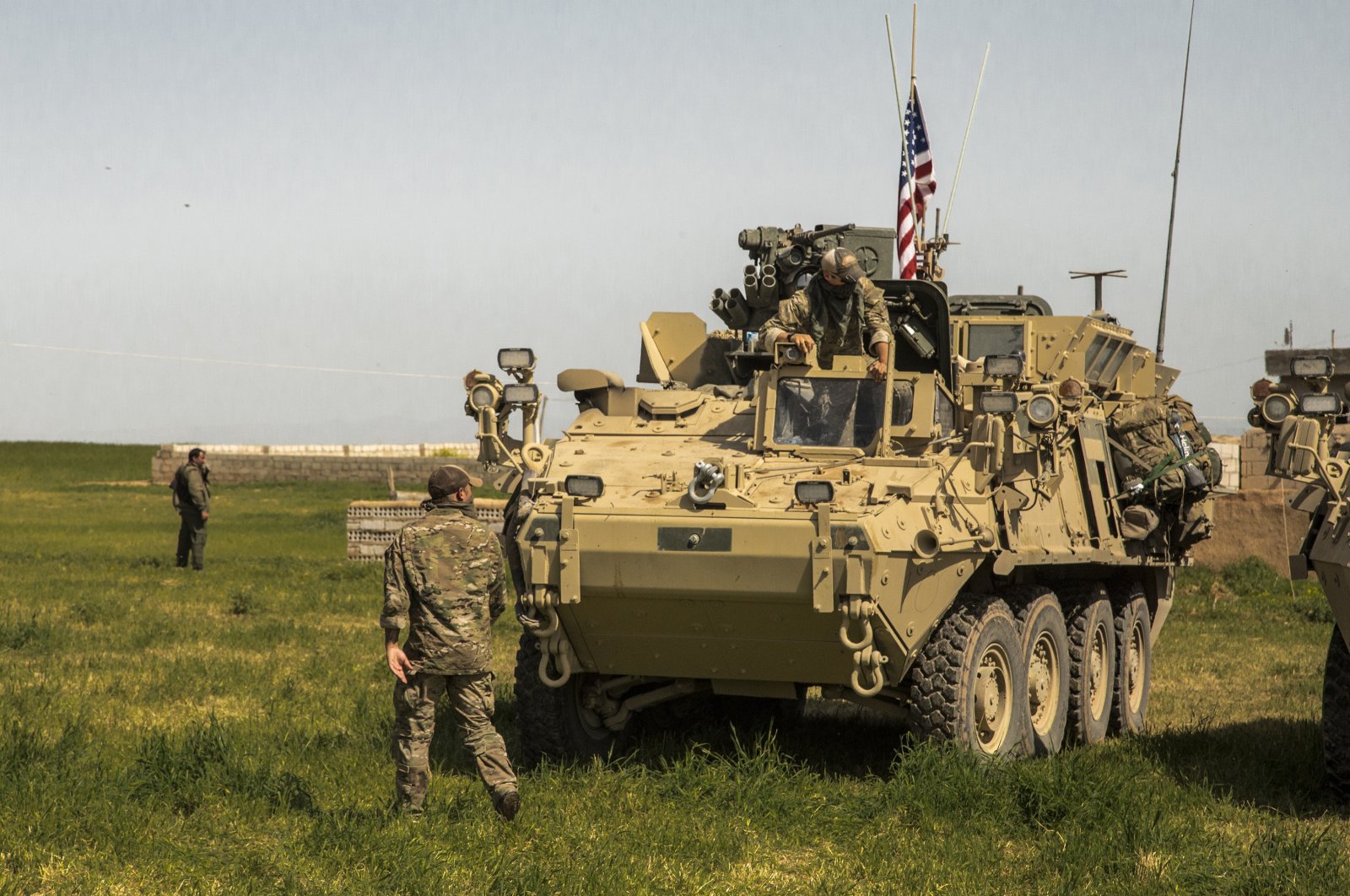 Speaking to reporters on his way back from Sochi, where he met with Russian President Vladimir Putin on Wednesday, Erdoğan said McGurk supports terrorism and has “almost become the PKK/YPG/PYD’s manager.”

“It deeply disturbs me that this man is arm-in-arm with terrorists in an area where I’m fighting them,” Erdoğan said.

The issue of U.S. support for the YPG/PKK terrorists has become one of the main disputes between Ankara-Washington relations.

Regarding his upcoming meeting with U.S. President Joe Biden at the G-20 Summit, Erdoğan said he will discuss the U.S. position on Syria and express Turkey’s concerns. He noted that he will also touch upon the F-35 jet crisis, noting that Turkey paid $1.4 billion to purchase it but the U.S. refuses to sell them.

“They will either give us our jets or refund the money,” Erdoğan said.

Noting that he will be meeting Biden in Rome and will most likely hold a meeting with him later in Glasgow, Erdoğan said the steps signaled positive steps.

Last week, Erdoğan said he worked well with Biden's predecessors, but he cannot say the same about the current president. The U.S. removed Turkey from the F-35 Lightning II jet program in 2019 after Turkey’s purchase of Russian-made S-400 missile defense systems. Washington argues that S-400s could be used by Russia to covertly obtain classified details on the Lockheed Martin F-35 jets and is incompatible with NATO systems. Turkey, however, insists that the S-400 would not be integrated into NATO systems and would not pose a threat to the alliance.

The Russian-made S-300 system has been sold to 20 countries, including NATO member countries such as Bulgaria, Greece and Slovakia.

Referring to his meeting with the Russian president as “productive,” Erdoğan said they were able to exchange views on regional developments, including Syria, Nagorno-Karabakh and Afghanistan.

“We discussed that it was about time to find a permanent, final and sustainable solution to the Syrian crisis,” Erdoğan said, adding that they focused on the necessity of joint steps to be taken by both countries and informed Putin that Turkey is open to all realistic and fair steps to be taken in this regard.

Erdoğan noted that there were instances when the two leaders had different opinions about some issues, but both had consensus on almost all issues, which he said was “good news.”

He invited his Russian counterpart to visit Turkey, which was welcomed by Putin and he also agreed to hold the next High-Level Strategic Cooperation Council meeting in Turkey before the end of the year.

Erdoğan noted that Turkey is determined to uphold the terms of the deal in Idlib and continues to clear radical elements on the security corridor in Syria’s Idlib.

He said Turkey does not make concessions in this regard and expects the same stance from its partners in the area.

He continued by highlighting the necessity of joint action at times of disagreements and problems in the area, as he said they will continue to work through phone diplomacy at the leaders’ level, foreign ministry and defense ministry levels, as well as intelligence directors.

Noting that upholding the cease-fire will facilitate the return of Syrian refugees to their homes, Erdoğan said over a million people have already returned and Turkey hopes and works diligently to increase this number.

Ankara and Moscow, which back opposing sides in Syria’s war, agreed to halt military activity in Idlib after an escalation in violence displaced nearly 1 million people and brought the two sides close to confrontation. The deal addressed Turkey’s main concerns, stopping a flow of refugees to its border and preventing the deaths of more Turkish soldiers on the ground.

Erdoğan also told Putin about his concern on the YPG/PKK presence in Moscow and told him that the two countries need to further enhance cooperation in the anti-terror fight.

Erdoğan reiterated Turkey’s determination to move on with its purchase of Russian-made S-400 systems, saying that he discussed ways to further advance cooperation in this field.

“We even had the chance to thoroughly discuss which steps we would be taking in terms of aircraft engines and war planes,” the president said, adding that Turkey may also be taking joint steps with Russia regarding shipbuilding and submarines.

Regarding the Nagorno-Karabakh conflict, Erdoğan said Putin was ready to create a six-nation platform.

Erdoğan has frequently called for a six-nation platform comprising Turkey, Russia, Iran, Azerbaijan, Georgia and Armenia for permanent peace, stability and cooperation in the region.

He noted that the Zangezur corridor would provide opportunities for the region as a whole, in terms of trade and economy.

“Azerbaijan is carrying out widescale work for this corridor,” Erdoğan said, adding that Armenia also needs to fulfill its responsibilities.

Regarding the latest situation in Afghanistan, the president noted that Turkey is currently not involved in the operation of Kabul airport, but may be in the future.

He said Ankara does not have any prejudice against the Taliban if they cooperate because Turkey and Afghanistan have hundreds of years of history.

“We can hold all types of talks with them if they’re in line with the administration,” Erdoğan said, adding that the doors are open.

Turkey had been planning to help secure and run the Kabul airport before the Taliban’s swift capture of the Afghan capital last month. The fall of Kabul shattered the plans but Turkey had been holding talks with the Taliban about the conditions under which it could help operate the airport.