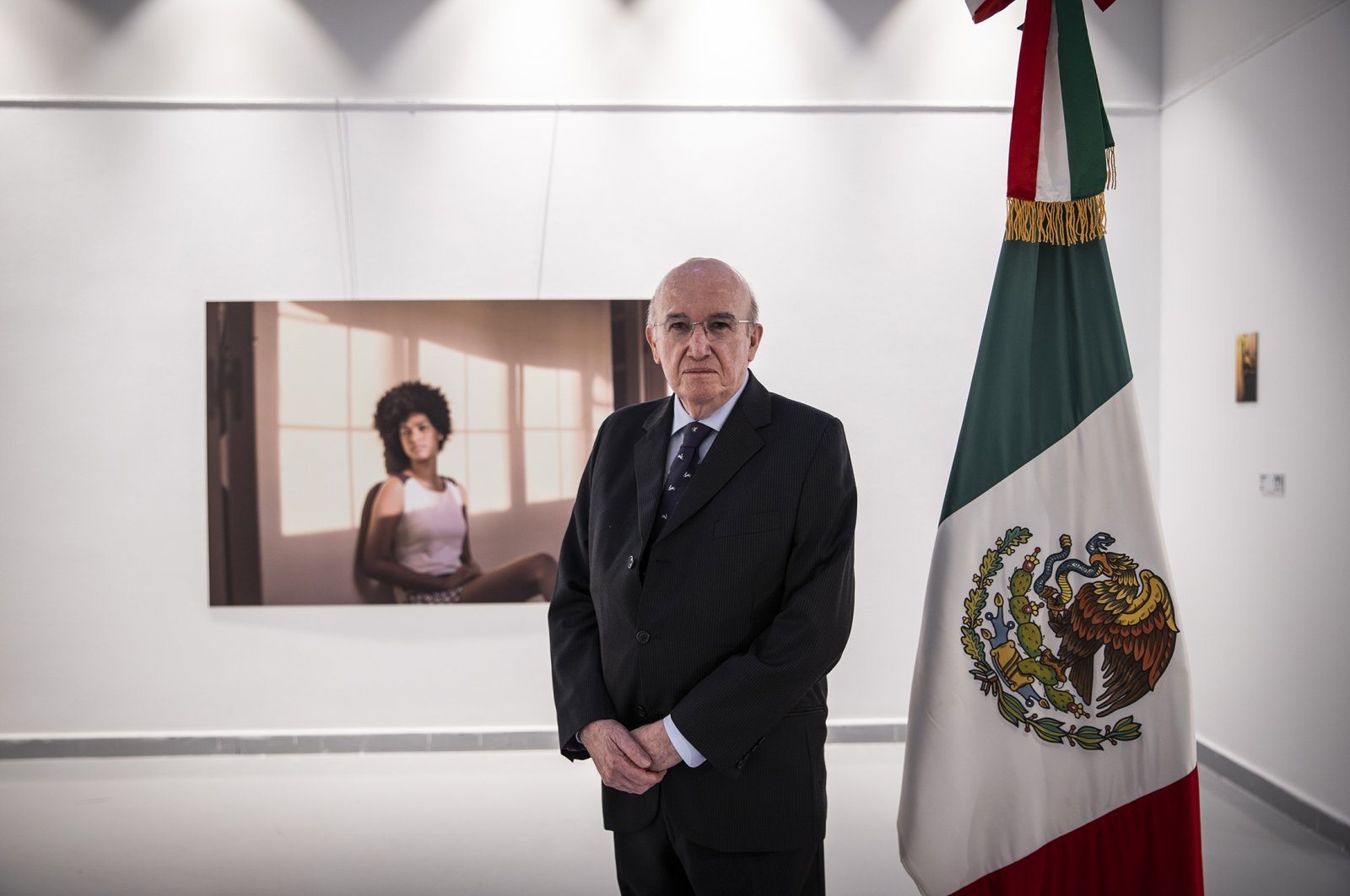 Turkey and Mexico, two countries that have enjoyed longstanding diplomatic relations since 1927, are looking for new means to further enhance ties, the Mexican envoy said

To mark its 200 years of independence, the Mexican Embassy in Turkey held a series of celebrations in Ankara.

On Thursday, the embassy re-inaugurated Mexico Park (Meksika Parkı) in the Çankaya district of the Turkish capital in a ceremony attended by Hernandez.

Mexico Park was initially inaugurated in 2010 by Mexico's former minister of foreign affairs, Patricia Espinosa, and the former mayor of Çankaya, Bülent Tanık.

In addition to the event at the park, the iconic Atakule building in Ankara will be lit with the colors of the Mexican flag at night. Those visiting the building will briefly "experience Mexico" through a series of videos that will be shown on indoor screens.

Commenting on its special day, the Mexican envoy said Sept. 16 is "a very symbolic date for Mexico because the country that took shape and that we see today was established as a result of the independence movement which started in 1810 but culminated in 1821."

"Therefore, this year, Mexico marks 200 years of the consummation of independence. For Mexicans all around the world, it represents the culmination of our struggle to have a say in the type of government and the type of country that we want to have," he added.

On bilateral relations with Turkey, the ambassador recalled the upgrading of the relations between the two countries to a "strategic partnership" in 2013.

"As a result, we have a permanent political dialogue and enhanced cooperation, and we are looking for new ways to expand our economic and commercial ties. In the political aspect, both countries have the High-Level Binational Commission, through which the relationship is developed. In addition, the relationship between parliaments is excellent, and we have collaboration agreements in different areas, including the existence of an interparliamentary friendship group," he said.

Underlining that "cooperation between Mexico and Turkey is excellent," the Mexican envoy said that "through the office of TIKA (Turkish Cooperation and Coordination Agency) in Mexico, both countries have coordinated triangular cooperation, most recently to Haiti."

Haiti was already struggling due to the COVID-19 pandemic, and political instability worsened with the murder of President Jovenel Moise last month.

The country was also hit by a devastating earthquake on Jan. 12, 2010, which claimed at least 316,000 lives, injured around 300,000 and left about 1.3 million people homeless. Haiti was also hit by a powerful 7.2 magnitude earthquake in early August of this year, and the death toll was said to be more than 2,000, while more than 12,000 people were injured.

In April, the embassy of Mexico inaugurated its honorary consulate in Turkey’s northwestern Kocaeli province with Ayşe Nazlı Dereli Oba, current president of the Foreign Economic Relations Board (DEIK), as consul.

In February 2015, President Recep Tayyip Erdoğan went to Mexico, Colombia and Cuba, becoming the second Turkish head of state to visit the region.

Erdoğan’s visit also marked the establishment of the TIKA's first coordination office in Mexico in 2015 and the second coordination office in Bogota in 2016. The TIKA, referred to as Turkey’s global “helping hand,” has been contributing to the education, health, water, emergency and humanitarian assistance, social assistance, cultural life, transportation and agricultural sectors. TIKA has been one of the most effective tools of Turkey's soft power in the region.

Aiming to expand both commercial trade and foreign direct investment in both countries, Hernandez said: "A very important aspect, also: Energy is being consolidated because the Turkish company Cimtas is producing equipment that will be used in the Dos Bocas refinery in Mexico, which is one of the emblematic projects of President (Andres) Lopez Obrador."

Regarding tourism, the Mexican diplomat noted that "there are many opportunities" for Turkey and Mexico as he stressed the significance of Turkish Airlines flights to Cancun from Istanbul, which he said have "contributed to increasing the flow of tourists and businesspeople."

"Since the opening of this flight, the number of Turkish visitors has increased by around 26.65% compared to 2018, but it can be increased further. The flight will operate one daily flight starting on Oct. 31," he added.

Saying that the two countries closely cooperate at the U.N. and other international forums such as the G-20 and the Organisation for Economic Co-operation and Development (OECD), Hernandez said: "Both Mexico and Turkey recognize that our current trade volume and economic relations do not correspond with the combined market size of both countries."

"Currently, both countries are trying to find ways not just to allow the bilateral trade volume to increase in a wide range of sectors, from textile raw materials to auto parts, but also to allow both countries to benefit from access to other markets with which they have a close relationship: Mexico with the U.S. and Turkey with Europe," he added.