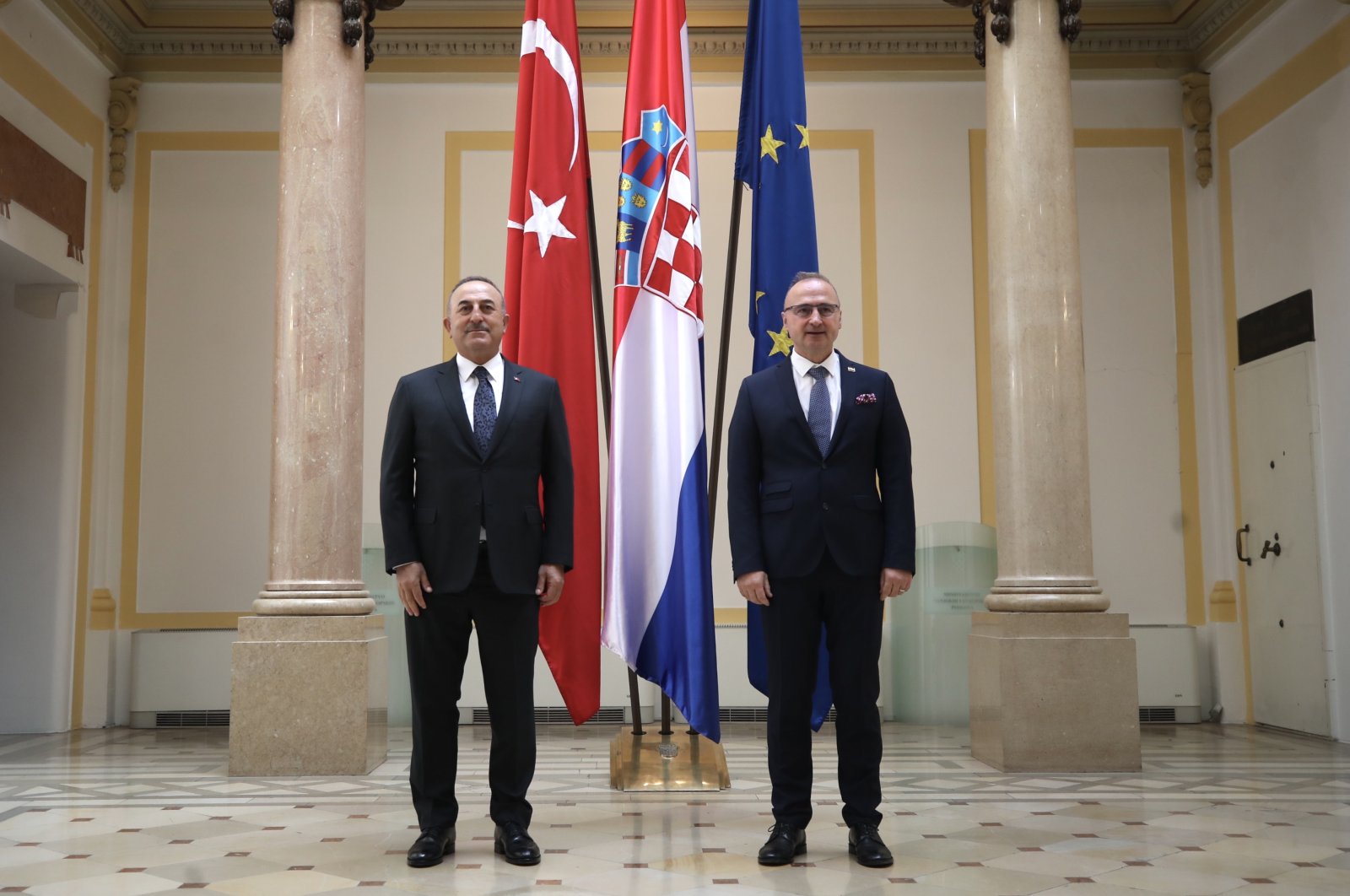 Ankara is ready to provide any support needed to Croatia in the post-earthquake revival of the damaged provinces, Foreign Minister Mevlüt Çavuşoğlu said Friday.

Speaking at a joint press conference with his Croatian counterpart Gordan Grlic Radman and the deputy prime minister of Croatia, Tomo Medved, Çavuşoğlu expressed that as a country that has suffered from earthquakes for decades, Turkey is willing to share its experience in dealing with the disaster.

Çavuşoğlu visited the Croatian city of Petrinja, which suffered major damage in a 6.3 magnitude earthquake in December 2020. The foreign minister's visit took place two days after yet another earthquake with a magnitude of 4.1 hit the region.

"The Croatian ministers are working quite hard and nonstop to reconstruct the ruined buildings and restore the damaged ones. We acknowledge this as Turkey and appreciate it," he continued.

Underlining that Turkey has learned crucial lessons from its experiences with earthquakes, Çavuşoğlu said that states should be ready for any type of disaster at any time.

Turkey has suffered devastating earthquakes in the past, including a 7.4 magnitude earthquake in Gölcük in 1999. It killed more than 17,000 people in the greater region. The country is among the world's most seismically active zones as it is situated on several active fault lines, with the most potentially devastating being the Northern Anatolia Fault (NAF), the meeting point of the Anatolian and Eurasian tectonic plates.

Over the last eight years, the ministry has evacuated or demolished 673,000 of those units, while work on the remaining structures continues.

The government has allocated more than TL 15 billion ($2 billion) for "urban transformation" projects that covered some 5 million people in more than 1.3 million housing units. The operation aims to provide safe homes for at least 45% of the population.

"Whenever a disaster takes place, the states should act in solidarity with each other and support those countries' people. We have seen such solidarity from Croatia whenever an earthquake has taken place in Turkey. My friend Gordan was one of the first to call me after the Izmir earthquake. Thus, we wanted to be the first ones to reach out to Croatia after its disaster," Çavuşoğlu continued.

Back in Oct. 2020, a 6.6 magnitude earthquake struck off the coast of Seferihisar district in the western province of Izmir. Authorities said 79 people were killed and more than 900 others were injured.

Çavuşoğlu also expressed that the teams of the Disaster and Emergency Management Authority (AFAD) and the Turkish Cooperation and Coordination Agency (TIKA) immediately went to Croatia after the earthquake and are still operating in the field.

The strong earthquake in Petrinja destroyed buildings and killed at least seven people, displacing scores of residents or making them afraid to sleep indoors as emergency teams searched for those still missing by nightfall.

Croatian Prime Minister Andrej Plenkovic and other government ministers arrived in Petrinja after the earthquake. "The biggest part of central Petrinja is in a red zone, which means that most of the buildings are not usable," Plenkovic said. He said the army has 500 areas ready in barracks to house people, while others will be accommodated in nearby hotels and other places.

The earthquake was felt throughout the country and in neighboring Serbia, Bosnia-Herzegovina and Slovenia.

The last strong quake struck in the 1990s when the picturesque Adriatic coast village of Ston was destroyed.