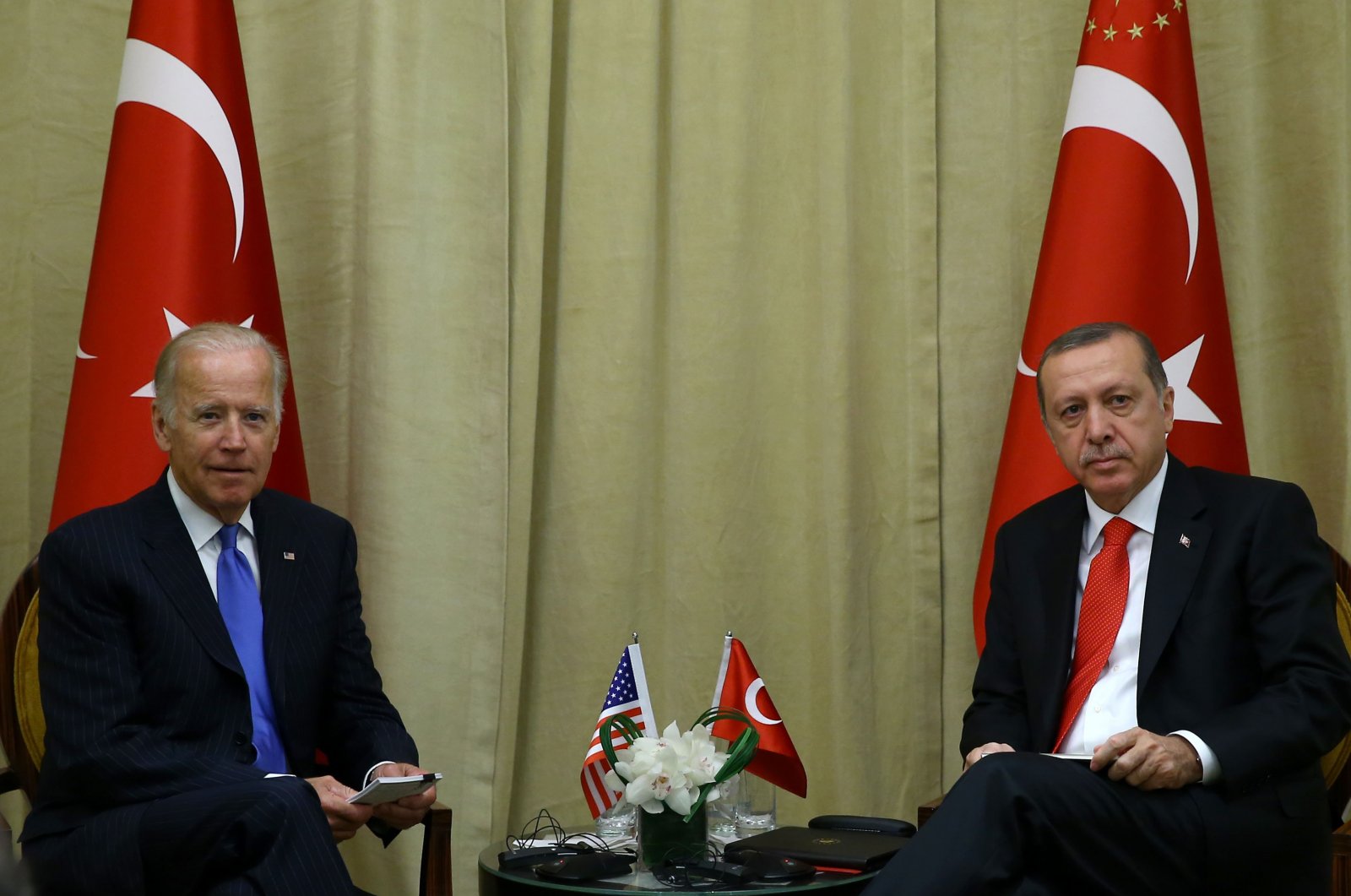 "We want to enhance our relations with new U.S. administration with a long-term perspective, on a win-win basis,” Erdoğan said in a video message marking the opening of TASC TV, broadcast of the U.S.-based Turkish American National Steering Committee (TASC).

Erdoğan said that Turkey and the U.S. have a strong and comprehensive strategic alliance based on common interests, adding that the two countries have managed to overcome all difficulties so far despite disagreements.

“Recently, we witnessed a process that the Turkish-American friendship severely tested. We could not see the support and solidarity from our NATO ally, especially in the fight against the PKK terrorist organization and its extensions. Likewise, despite the boxes of evidence we have delivered to the American authorities, no steps have been taken regarding the (extradition) of FETÖ leader for four years, which has deeply disappointed our nation and the families of our 251 martyrs,” Erdoğan said.

FETÖ – led by Fetullah Gülen, who currently lives in the U.S. and is implicated in a long list of accusations against the terrorist group – orchestrated the coup attempt in Turkey four years ago with the aid of its military infiltrators. They are accused of killing 251 people and injuring nearly 2,200 others during the July 15 putsch bid. It was the latest in a string of coup attempts and other efforts by FETÖ to harm the elected government.

FETÖ maintains a vast network of schools and other educational facilities throughout the world, with the U.S. being the terrorist group's primary focus. These facilities, often presented as Turkish or international schools, primarily recruit Gülenist Terror Group (FETÖ) members and sympathizers as teachers and administrators. FETÖ schools are often accused of money laundering and financing the shadowy group's activities through the schools' profits and deals with FETÖ-affiliated businesses and vendors.

“It is important that all countries working with the aim of global peace and stability meet on common ground in the fight against terrorism and acting in principle against terrorism. We expect a firm attitude from all of our allies, especially after the treacherous terrorist attack killed our 13 citizens,” he said.

Toward the end of 2020, Erdoğan signaled that 2021 would be a year focused on foreign policy for Turkey and urged the U.S. to start the new year on a fresh page, calling for dialogue. Several other high-level Turkish officials echoed the president's positive messages, calling for improved ties and cooperation in the new period. Last week, Foreign Minister Mevlüt Çavuşoğlu held a phone call with his American counterpart, Antony Blinken. Congratulating Blinken on his new position as the secretary of the state, Çavuşoğlu communicated to his counterpart that Turkey is willing to open a channel of dialogue based on mutual respect with the new American administration. Earlier this month, Presidential Spokesperson Ibrahim Kalın and the U.S.’ new national security adviser, Jake Sullivan, also held a phone call in which the two sides' commitment to improving bilateral relations was expressed.

However, despite the calls for a clean slate and positive agenda coming from high-level officials, tensions soon flared over a statement Washington made about the killing of 13 Turkish citizens in northern Iraq's Gara region by PKK terrorists.

The U.S. Department of State said that Washington would condemn the massacre “if reports of the death of Turkish civilians ... are confirmed.” The statement was met by heavy criticism in Ankara.

Following the attack, Erdoğan slammed Western countries for remaining silent in the face of ruthless attacks by the PKK terrorists, referring mostly to Washington.

"The U.S. statement on the PKK’s execution of Turkish citizens in northern Iraq is ridiculous. They claim they do not support the PKK, but they certainly do," he stated, reminding that the U.S. sided with the PKK and the YPG, providing truckloads of ammunition to them.

With a new U.S. administration whose Syria policy remains unclear, the YPG has been revising its position, increasingly carrying out destabilizing acts particularly in the war-torn country's northern regions controlled by Turkish forces and the Syrian national army.

Terrorist ringleader Ferhat Abdi Şahin, code-named Mazloum Kobani, this month stated that the YPG will prepare a “joint program” with the new U.S. administration. Furthermore, video footage last week showed that dozens of U.S. military vehicles carrying assistance to the YPG have already arrived in northeastern Syria, signaling Washington's incoherent policy that claims to support furthering ties with its NATO ally while it simultaneously continues to support a terrorist organization that poses a national security threat to Ankara.