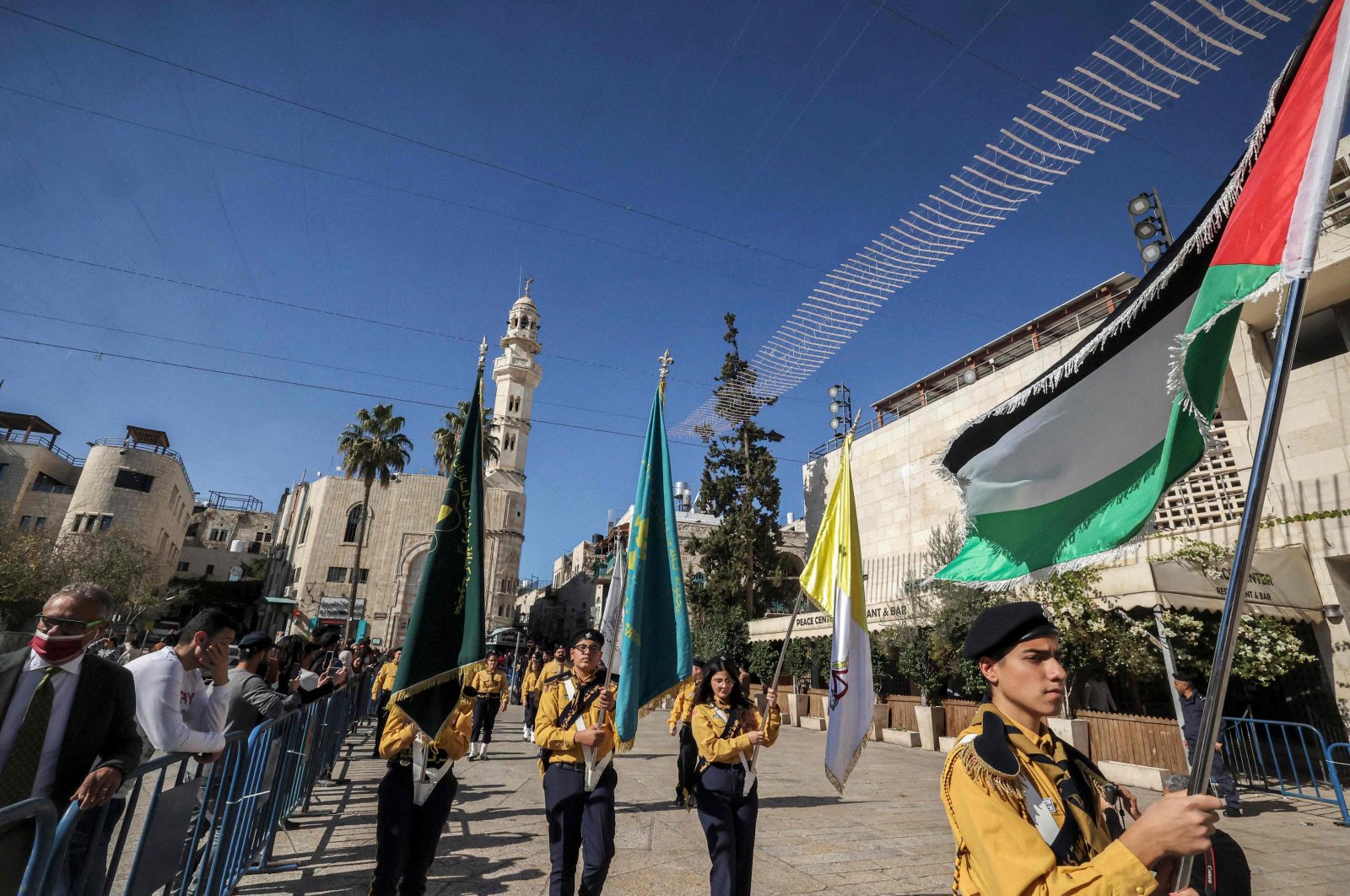 Members of the scouting movement march with their own flags and the flags of Palestine and the Holy See in the Manger Square outside the Church of the Nativity in the biblical West Bank city of Bethlehem on November 27, 2021, during the annual celebration marking the start of the Nativity season. (Photo by HAZEM BADER / AFP)
by DAILY SABAH Nov 29, 2021 11:50 am
RECOMMENDED

Releasing a Twitter message to mark International Day of Solidarity with the Palestinian People, the minister said: "Palestine will never be alone! We will continue to stand by our Palestinian brothers and sisters who are fighting for their just cause."

President Recep Tayyip Erdoğan also last week made a call to put a stop to Israel's policies of illegal settlement, destruction, forced displacement, confiscation and evacuation in East Jerusalem and the West Bank, underlining Turkey's determination to defend the Palestinian cause to the end.