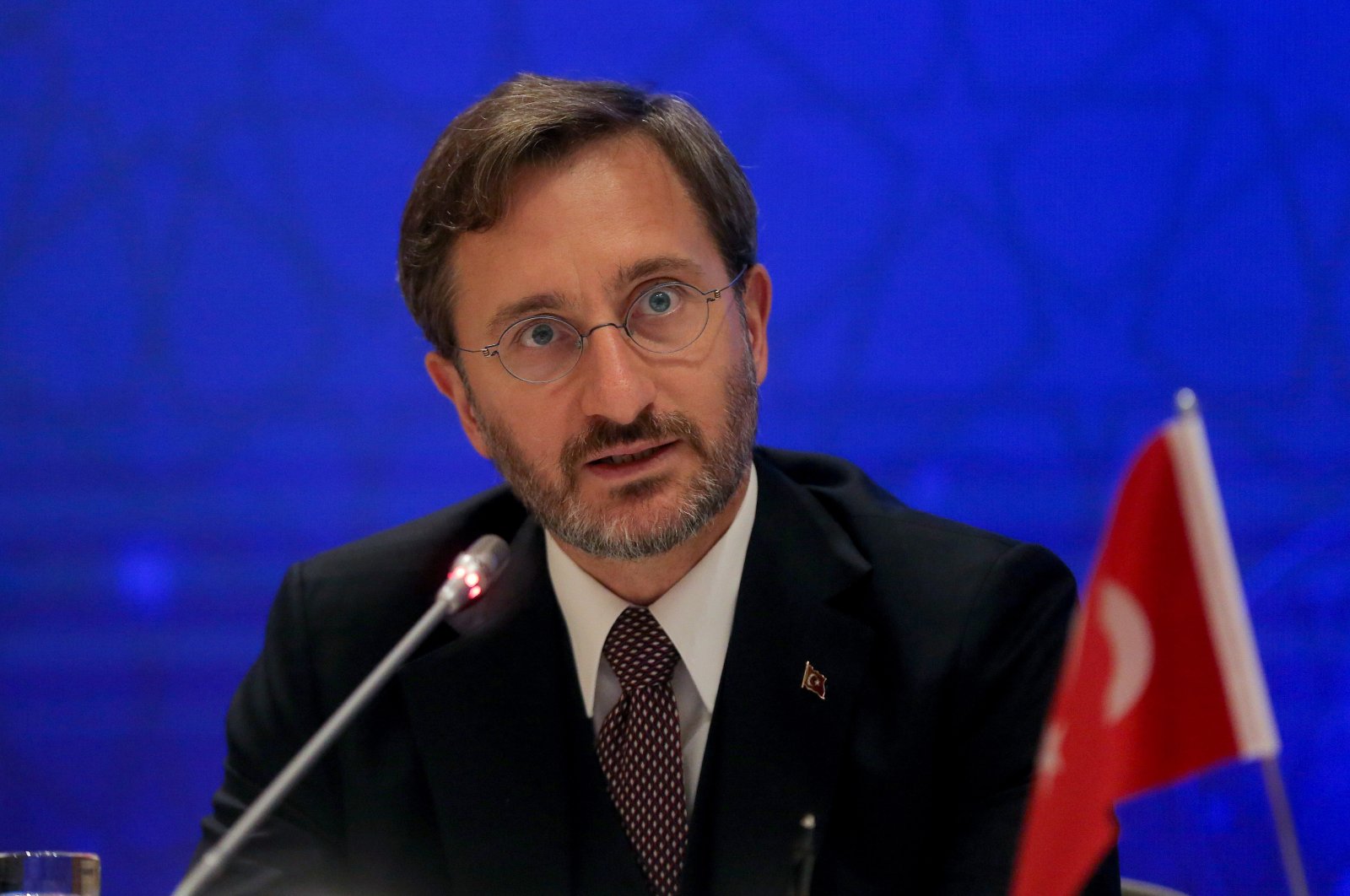 Turkey's Presidential Communications Director Fahrettin Altun on Tuesday protested the Deutsche Welle (DW) for their report on Foreign Minister Mevlüt Çavuşoğlu during the recent crisis between Ankara and the ambassadors of 10 Western countries.

"You are not only making fake news, but you are also poisoning Turkey-Germany relations as well," Altun said in his social media message.

DW Turkish recently claimed that in the crisis involving 10 ambassadors, Çavuşoğlu gave the message to President Recep Tayyip Erdoğan that "I will have to leave the ministry, too," if the ambassadors are expelled.

After the claim, Çavuşoğlu denied the allegations.

Emphasizing that Çavuşoğlu denied the so-called news, Altun said: "Despite this, you persist in this lie. If your aim were to be a journalist, you would withdraw this so-called news and apologize."

Turkey's Foreign Ministry summoned the ambassadors of these countries, accusing them of meddling in the Turkish judiciary.

President Recep Tayyip Erdoğan said he ordered the Foreign Ministry to designate these ambassadors persona non grata in response, prompting several embassies and the U.S. to issue another statement on Monday in which they said they maintain "compliance with Article 41 of the Vienna Convention on Diplomatic Relations."

Then, Erdoğan later on Monday said ambassadors from the Western countries who he called to be expelled over their statement on the ongoing case of the jailed businessperson had taken a step back and would be more careful in their statements.