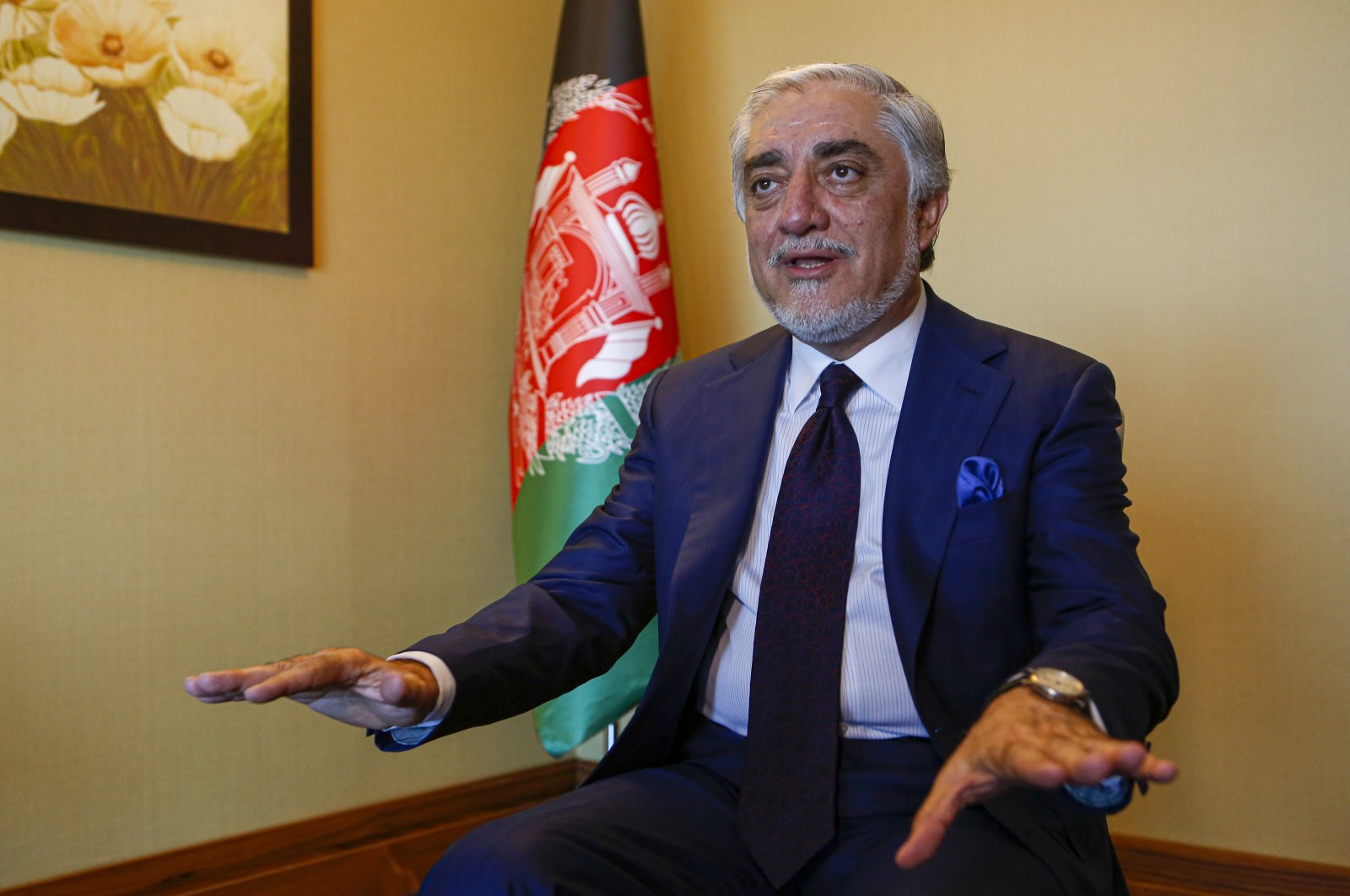 Abdullah Abdullah, head of Afghanistan's National Reconciliation Council, gestures as he talks during an interview on the sidelines of a diplomatic forum in Antalya, Turkey, June 18, 2021. (AP Photo)
by DAILY SABAH WITH AA Jun 20, 2021 12:54 pm
RECOMMENDED

Turkey's presence at Kabul International Airport is important given that the Taliban are trying to "take advantage of relative vacuum after the withdrawal of foreign troops in the country," the head of Afghanistan's High Council for National Reconciliation said Saturday.

In an exclusive interview with Anadolu Agency (AA) on the sidelines of the Antalya Diplomacy Forum, Abdullah Abdullah said: "What we are talking at the moment about the Kabul International Airport is: The United States, after the start of the withdrawal of its troops as well as NATO troops, started its discussions with the Turkish government at different levels, and negotiations on what to do about the Kabul International Airport and its security."

Turkish Foreign Minister Mevlüt Çavuşoğlu also said Sunday that the operation and security of the airport are very important for Afghanistan, describing it as Afghanistan's gateway to the world.

"It is important not only for Afghanistan but also for the survival of all diplomatic missions there, including Turkey," he continued.

Emphasizing that it is not an obligation that Turkey will undertake alone, the minister said Turkey needs support from important countries and allies but above all from Afghanistan itself.

"The Afghan administration also wants Turkey to stay here," he said. "We have always said that we will stand by Afghanistan and we will be in Afghanistan as long as Afghanistan needs it."

Turkey, whose forces in Afghanistan have always been of noncombatant troops, is reported to have offered to guard Hamid Karzai International Airport as questions remain on how security will be assured along major transport routes and at the airport, which is the main gateway to the capital Kabul. The security of the airport is crucial for the operation of diplomatic missions out of Afghanistan as Western forces pull out.

Biden has ordered the withdrawal of all U.S. forces from Afghanistan by Sept. 11, the 20th anniversary of America's longest war, believing that no more can be achieved. Even U.S. officials have acknowledged concerns about whether the Kabul government can withstand a potential offensive by the Taliban – and the airport is considered crucial to stability. Turkey, as a Muslim-majority nation but also a member of NATO, has played a key role in Afghanistan.

Regarding the Taliban's recent attacks in the country, Abdullah also said that "Taliban have tried to take advantage of the relative vacuum that the absence of the international troops or departure of the international troops has left behind. The Taliban are trying to take advantage of that attacks." But he also added that the Taliban's gains were "temporary."

He went on to say that the Taliban's surging attacks are part of their strategy to be used at the negotiation table or push for a military solution, noting that "it will not work" either way.

Another point Abdullah mentioned was the planned Istanbul conference for Afghan peace talks. He said that the Taliban have not agreed to attend and have laid out conditions that are not viable or rational for the Istanbul conference.

"That would have been another opportunity to boost and re-energize the peace process, or the negotiations, which at the moment is moving forward very slowly, with a very slow pace," he said.

The Afghan peace conference that was scheduled to take place in Istanbul on April 16 has been postponed due to the Taliban's opposition. In March, U.S. Secretary of State Antony Blinken sent a letter to Afghanistan's President Ashraf Ghani that stated Turkey would be asked to host a senior-level intra-Afghan peace meeting in the near future to finalize a peace agreement. Following the news, Turkey expressed its readiness to take part in mediation efforts to establish peace in Afghanistan and the region.