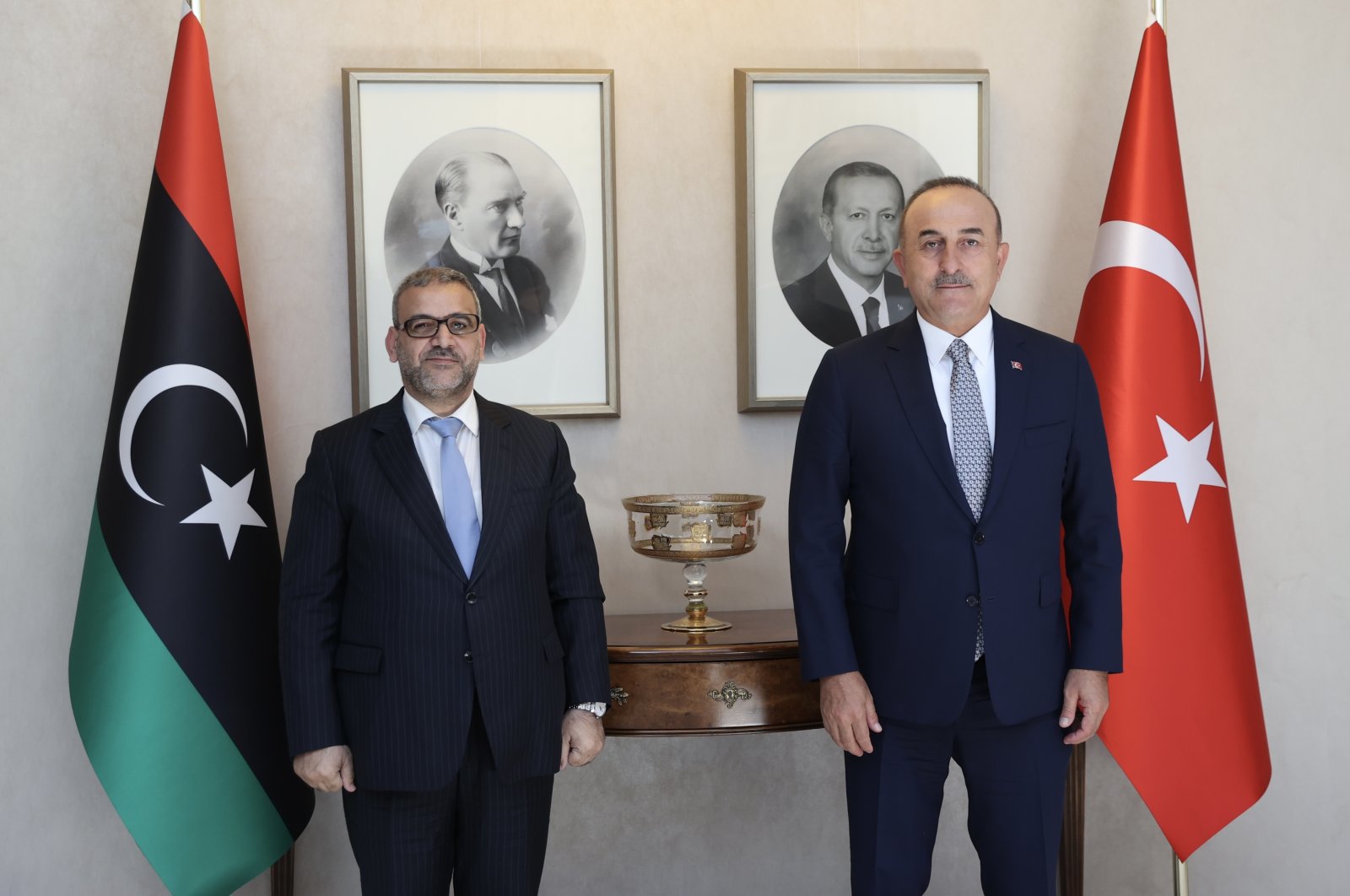 Turkey's Foreign Minister Mevlüt Çavuşoğlu and the head of the Libyan High Council of State Khalid al-Mishri met in the Turkish capital Ankara on Thursday. The two officials discussed the developments and the election process in Libya.

"Today we hosted Khalid al-Mishri, who was re-elected as President of High Council of State of Libya," Çavuşoğlu said on Twitter.

He said they discussed "developments and the election process in Libya" in detail and Çavuşoğlu vowed to "continue our strong support to brotherly Libya and further develop our cooperation in every field."

According to the statement made on the ministry's Twitter account, Akar emphasized that Turkey's support to the brotherly Libyan people will continue with the understanding that "Libya belongs to the Libyans" during the meeting.

Libya's High Council of State reelected al-Mishri as chairman for a fourth one-year term on Tuesday.

Al-Mishri won 73 out of 128 votes in the election in the capital, Tripoli, council's spokesperson Mohamed Nasser told Anadolu Agency (AA).

Libya has recently witnessed positive developments following a breakthrough in which rival parties agreed Feb. 5 on a unified new executive authority to govern in the lead-up to Dec. 24 national elections.

Libyans hope the new authority will end years of civil war that has engulfed the country since the ouster and killing of strongman Moammar Gadhafi in 2011.

Turkey had backed the internationally recognized Tripoli-based Government of National Accord (GNA), against the eastern-based forces of putschist Gen. Khalifa Haftar, which was supported by Russia, Egypt, the United Arab Emirates (UAE) and France.

Germany to reopen its embassy in Libya

Libyan prime minister Wednesday also announced that Germany is set to reopen its embassy in Libya.

Abdul Hamid Mohammed Dbeibah made the announcement during a meeting with German Foreign Minister Heiko Maas who is on an official visit to Libya's capital Tripoli.

German Embassy closed its doors seven years ago due to a civil war in the North African country.

Dbeibah hailed the reopening of the embassy as yet another "step towards stability."

"I am happy with the visit by the German Foreign Minister Heiko Maas and we look forward to the realization of privileged relations between the two countries," Dbeibah said.

Libya's latest political developments as well as the upcoming elections in the oil-rich country slated for December this year were also among topics discussed during the meeting.

Meanwhile, Maas hailed the progress made so far in the North African country.

"We are seeing good progress in the country and want Libya to continue on that path," Maas tweeted.