Ukraine seeks Turkish help for release of prisoners from Russia 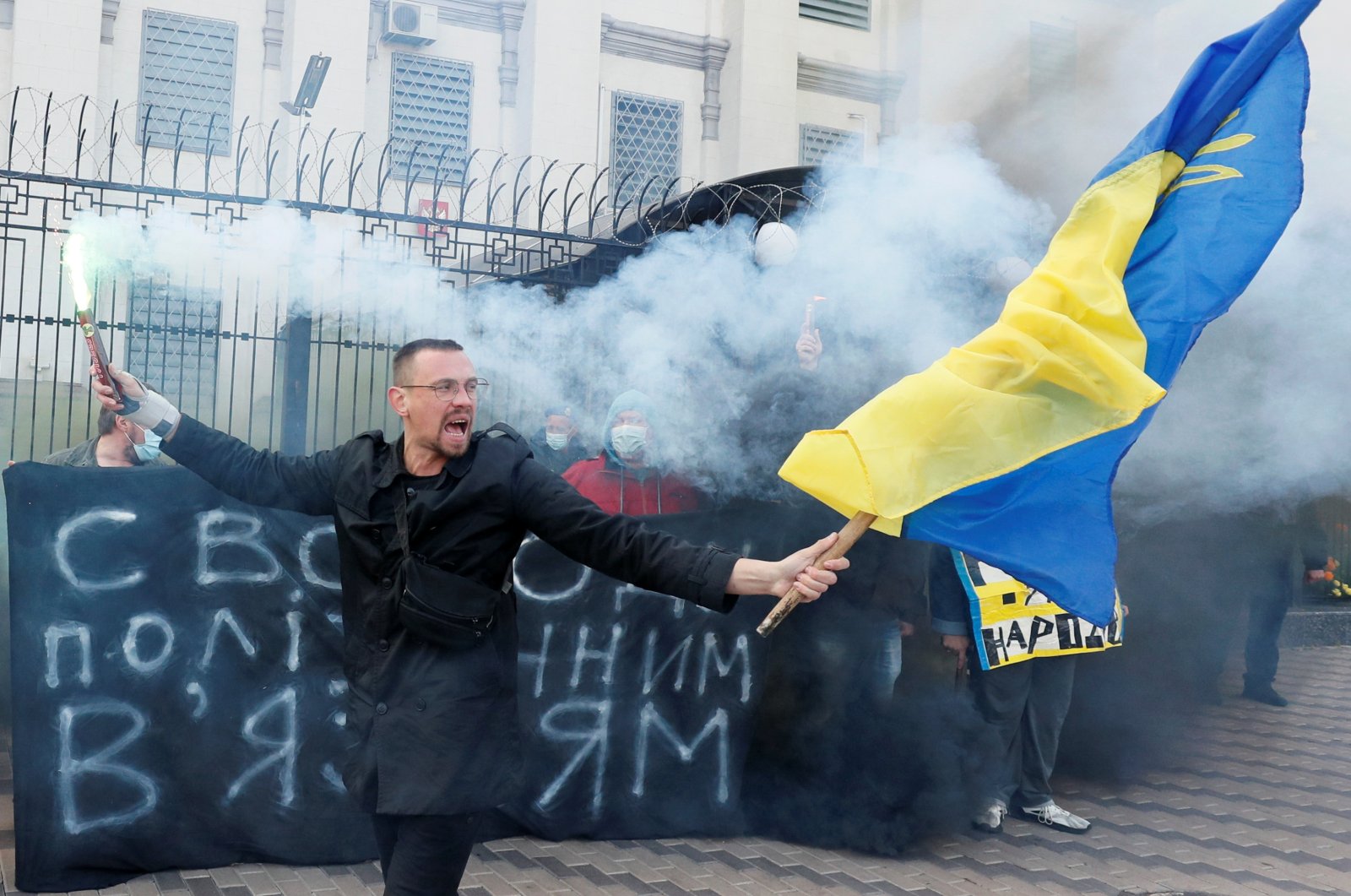 Human rights activists hold a rally in support of Ukrainian prisoners, whose arrests in Russia and Crimea were, according to the organizers, politically motivated, in front of the Russian Embassy in Kyiv, Ukraine, Sept. 29, 2021. (REUTERS Photo)
by DAILY SABAH WITH AA
Oct 01, 2021 10:34 am

Speaking at a news conference, Dmytro Kuleba recalled that Zelenskyy and Erdoğan held one-on-one and delegation-level talks in New York, where they attended the 76th session of the United Nations General Assembly.

Kuleba said that during the meeting, Zelenskyy handed Erdoğan a list of 450 Ukrainian detainees, including Nariman Dzhelyal, the deputy head of the Crimean Tatar National Assembly.

Ukraine had said in an earlier statement that a recent series of arrests of Crimean Tatars by Russian authorities constitutes "another wave of repressions in the temporarily occupied Crimea."

During a summit of the Crimean Platform, Foreign Minister Mevlüt Çavuşoğlu stated that Turkey has never recognized the illegal occupation of Crimea and will not recognize it, underlining that Ankara supports Ukraine's territorial integrity. He also called on the international community to act as one against the annexation of Crimea.

The Crimean Platform is a new consultative and coordination format initiated by Zelenskyy for the rapid de-occupation of Crimea and to increase pressure on Russia. Turkey was among the first countries to voice support for the Crimean Platform that was held on Aug. 23.

Military tensions between Ukraine and Russia have been high since the annexation of the Crimean Peninsula by Russia in 2014. Turkey, along with the rest of NATO, criticized Moscow's 2014 annexation of Crimea and voiced support for Ukraine's territorial integrity as Kyiv's forces battle pro-Russian separatists in eastern Ukraine.

Crimean Tatars are a Muslim community indigenous to the Black Sea peninsula. Most Crimean Tatars opposed Moscow's annexation of the peninsula. Russian authorities have since cracked down on the community, banning their assembly and television channel as well as detaining and jailing dozens of activists.