US still in denial over YPG terrorism, former envoy says 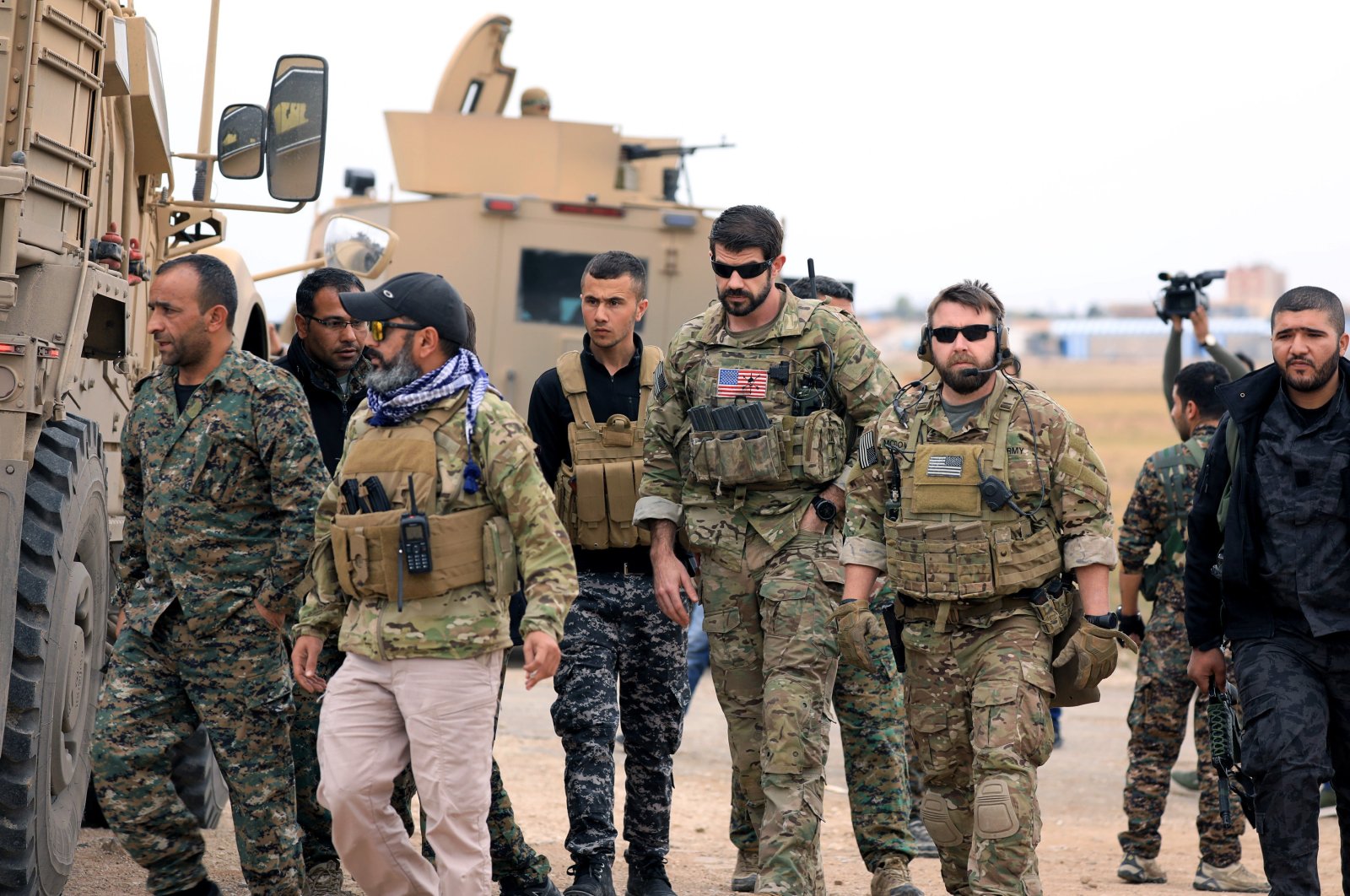 The U.S. shares Turkey’s concerns about the PKK and yet, somehow, still insists that the terrorist group’s Syrian branch, the YPG, does not pose a threat to the country, as Washington’s former special envoy for Syria once again confirmed Tuesday.

Speaking to German broadcaster Deutsche Welle's Turkish site, James Jeffrey said that one of the biggest disappointments in bilateral relations with Turkey during former President Donald Trump’s term was that they could not convince Ankara that Washington has not supported the establishment of a “PKK state."

“In the U.S., no one opposes the fact that the PKK, an ethnic revolutionist fake communist guerilla force that has been surviving for more than 40 years, has been posing an existential threat to Turkey. Therefore, there is big sympathy toward the steps taken by Turkey against the PKK. I do not think that the SDF poses a threat to Turkey," he said, using an alternate acronym for the YPG-led group in Syria. "It is a flat area, unlike Qandil Mountain, which is about 3,500 meters (11,482 feet) high ... Establishing a ‘PKK state’ in Syria is not beneficial for either us or Russia."

Qandil Mountain, located roughly 40 kilometers (25 miles) southeast of the Turkish border in Iraq's Irbil province, is used as headquarters by the PKK.

Turkey has aimed to prevent the YPG from establishing a de facto autonomous region in northern Syria, which would border Turkey and connect the so-called northwestern Afrin canton to the so-called Kobani (Ain al-Arab) and Jazeera cantons in the northeast. Ankara describes this as a "terror corridor" posing a grave security threat to its national security, underlining its possible impact on the PKK's activity within Turkish borders.

Rejecting the claims that the U.S. has provided heavy weaponry to the YPG, Jeffrey said that the terrorist group has no effective military power or intention to attack Turkey, claiming that the YPG has not conducted any attacks against Turkey from northeastern Syria.

The U.S. has primarily partnered with the YPG in northeastern Syria in the anti-Daesh fight. On the other hand, Turkey strongly opposed the terrorist group's presence in northern Syria, which has been a major sticking point in strained Turkey-U.S. relations. Ankara has long objected to the U.S.' support for the YPG, a group that poses a threat to Turkey and terrorizes local people, destroying their homes and forcing them to flee.

Under the pretext of fighting Daesh, the U.S. has provided military training and given truckloads of military support to the YPG, despite its NATO ally's security concerns. While underlining that a country cannot support one terrorist group to fight another, Turkey conducted its own counterterrorism operations, over the course of which it has managed to remove a significant number of terrorists from the region.

Regarding the U.S. partnership with the YPG in Syria despite its strategic NATO ally Turkey’s legitimate security concerns, Jeffrey said that the U.S. provided support to the YPG in their fight against the Daesh terror group at a time when the coalition forces against Daesh were in a desperate situation in 2014 and the YPG was the only force putting up a fight against the group.

"During the time when the support was provided to the YPG for the fight against Daesh, we were in very close cooperation with Turkey and we were on the same front. Actually, Turkey provided an opportunity for our military activities to support our operations in northeastern Syria in 2017, and allowed us to conduct some military activities through Turkey," Jeffrey said.

"However, then, for a reason that we could never understand, they decided that what we have done is a threat to Turkey and this would lead to the establishment of a 'PKK state' in northeastern Syria somehow. Following these developments, we had many efforts such as the Manbij road map and the formation of a buffer zone in the north ... Then Turks entered the area, American troops withdrew from most parts of the northeast, and a major part of the area is under Russian control now. We do not really understand the Turks' issues. But what is clear is that if they have a problem with the YPG, they have to first talk with the Russians now," he said.

Turkey launched Operation Peace Spring in 2019 to eliminate YPG terrorists from northern Syria east of the Euphrates in order to secure Turkey's borders, aid in the safe return of Syrian refugees and ensure Syria's territorial integrity. The operation, conducted in line with the country's right to self-defense borne out of international law and U.N. Security Council resolutions, aimed to establish a terror-free safe zone for the return of Syrians in the area east of the Euphrates, which was controlled by the U.S.-backed YPG terrorists at the time.

Despite the two countries' disagreements on the YPG, Jeffrey said that Ankara and Washington had a very positive understanding of the general situation in Syria. "Turkey and the U.S. have a consensus on the goals in Syria. Both sides agree that a political solution in Syria must be reached, the Assad regime must be changed, Iranian forces must leave the country and the Daesh must be permanently defeated," he said.