US will continue to consult on Syria with NATO ally Turkey 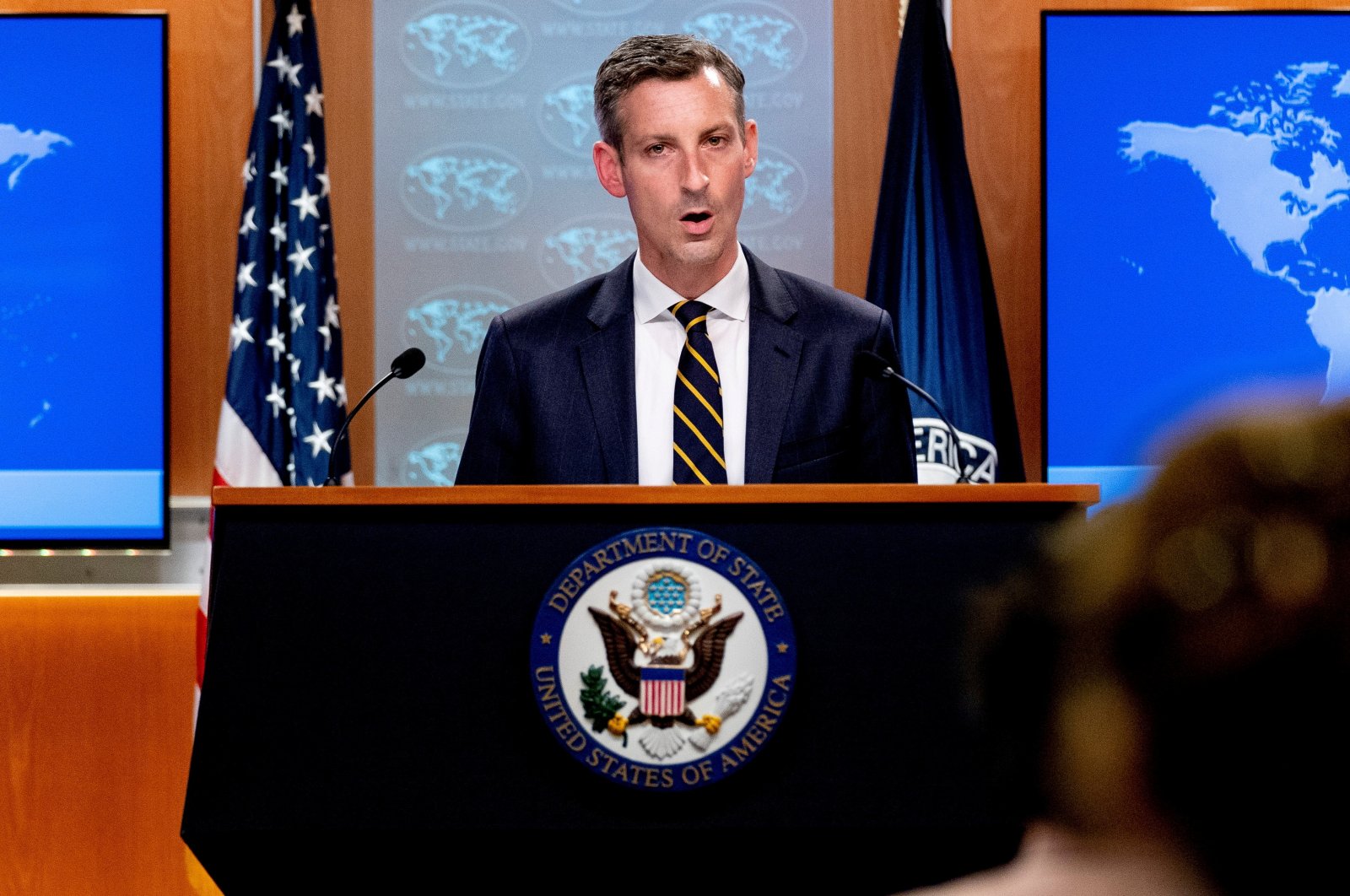 The United States will continue to consult with its NATO ally, Turkey, concerning Syria because it shares "an interest" with Ankara in the war-torn country, Washington said Thursday.

State Department spokesperson Ned Price said the U.S. and Turkey both want to see an end to the country's 10-year conflict, and Washington will work with Ankara and other regional nations "as we seek to bring about an end, and a diminution to that violence."

The U.S. on Tuesday condemned a cross-border attack on Turkish soil and offered condolences for the killing of two Turkish police offers in northern Syria.

Three mortar shells were fired Monday from an area occupied by the PKK terror group's Syrian branch YPG into different locations in the Karkamış district of southeastern Gaziantep province. No casualties took place in the attack, according to the Gaziantep governor's office.

Separately, two Turkish special operations police officers were killed, and two others wounded, when the PKK's Syrian offshoot carried out a terrorist attack Sunday in Azaz, in northern Syria, using a guided missile that struck an armored vehicle.

In response to the attacks, Turkish President Recep Tayyip Erdoğan said Turkey has run out of patience due to repeated attacks on Turkish forces and territories in the region, adding that Ankara is determined to eliminate threats emanating from northern Syria, either on its own or with the support of local forces.

Asked about those comments, Price said the U.S. has "emphasized the importance of all sides respecting and maintaining cease-fire zones in order to enhance stability in Syria."

Foreign Minister Mevlüt Çavuşoğlu also said Wednesday that the U.S. and Russia are responsible in part for the attacks carried out in northern Syria by the YPG, adding that the two countries did not keep their promises.

Çavuşoğlu also accused the U.S. of being "insincere" in its condemnation of terrorist attacks on Turkish elements, noting that Washington supplied weapons to the terrorist group and trained its militants in the first place.

"You are providing them with arms and then making a statement for show only. The insincerity is obvious there," he said, referring to Washington.

"They do not stick to their promises, therefore we will do what's necessary for our security."