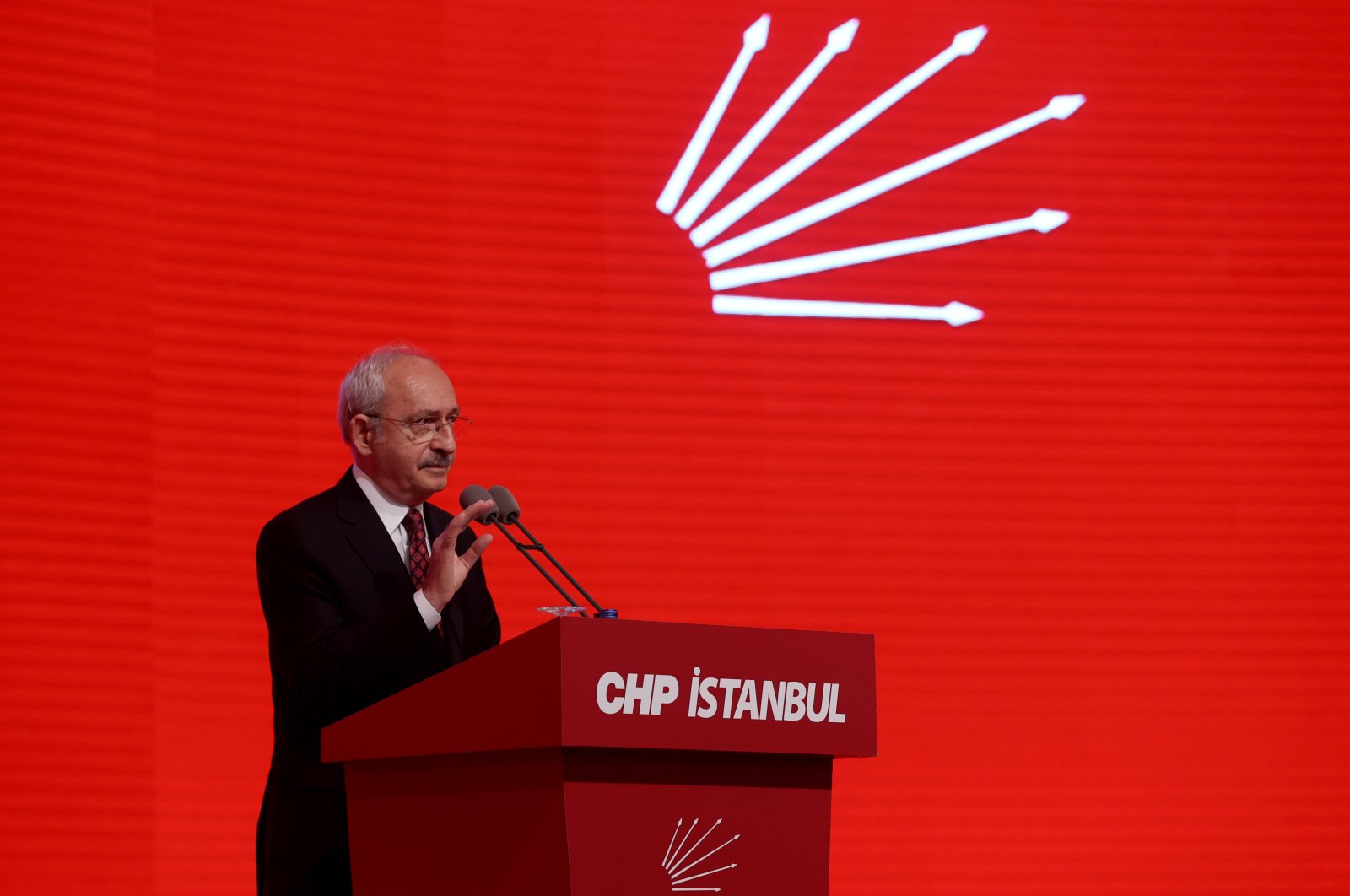 The main opposition Republican People's Party (CHP) leader Kemal Kılıçdardoğlu said late Tuesday that he could be a presidential candidate in the next elections if the opposition-led Nation Alliance accepts his candidacy.

Speaking in a live televised interview, Kılıçdaroğlu responded to a question on whether he would be interested in running for president by saying: "If the alliance accepts, it's fine. We have an alliance, the leaders of the alliance have never met or talked about this issue. Therefore, I cannot speak for them. If the alliance accepts the candidacy issue, of course, I would be honored, but this issue was never discussed. Therefore, it is not right to make an individual decision on this issue. We need to get together, sit down, talk, and then decide."

"We defend democracy. On the other hand, there is no democracy in the People's Alliance, there is an authoritarian understanding. A person decides and he is obeyed. Therefore, our atmosphere is very different from theirs," he added referring to the ruling Justice and Development Party (AK Party)-led alliance.

Kılıçdaroğlu added that the head of CHP's alliance partner, Good Party (IP) leader Meral Akşener, is a candidate for prime minister, not president as she previously stated.

"It is not correct to comment on these issues. It is not right to share private discussions within the alliance with the public. Ms. Akşener is worthy of being prime minister. She has state experience, she has also been a minister. Therefore, her statement is one that has our attention," he said.

Earlier this year, Akşener said she would not be running for president but that she would be a candidate for the now-defunct position of prime minister in Turkey in the upcoming 2023 elections.

The right-wing IP cooperates with the main opposition center-left CHP, the conservative Felicity Party (SP) and the center-right Democrat Party (DP) under the Nation Alliance, which was formed before the general elections in June 2018. The Nation Alliance frequently voices demand for early elections and a return to the parliamentary system.

Government officials and the ruling bloc have repeatedly dismissed demands from the opposition for early elections, saying the next elections will be held on schedule in 2023.

It has been more than four years since Turkey switched from a parliamentary system to the current presidential system after the majority of Turkish voters opted to create the new system. Turkish voters narrowly endorsed an executive presidency in the April 16, 2017 referendum with 51.4% of the votes in favor. The official transition to the new system took place when President Recep Tayyip Erdoğan took the oath as president in Parliament after the June 24, 2018, general elections, during which he won 52.6% of the votes.