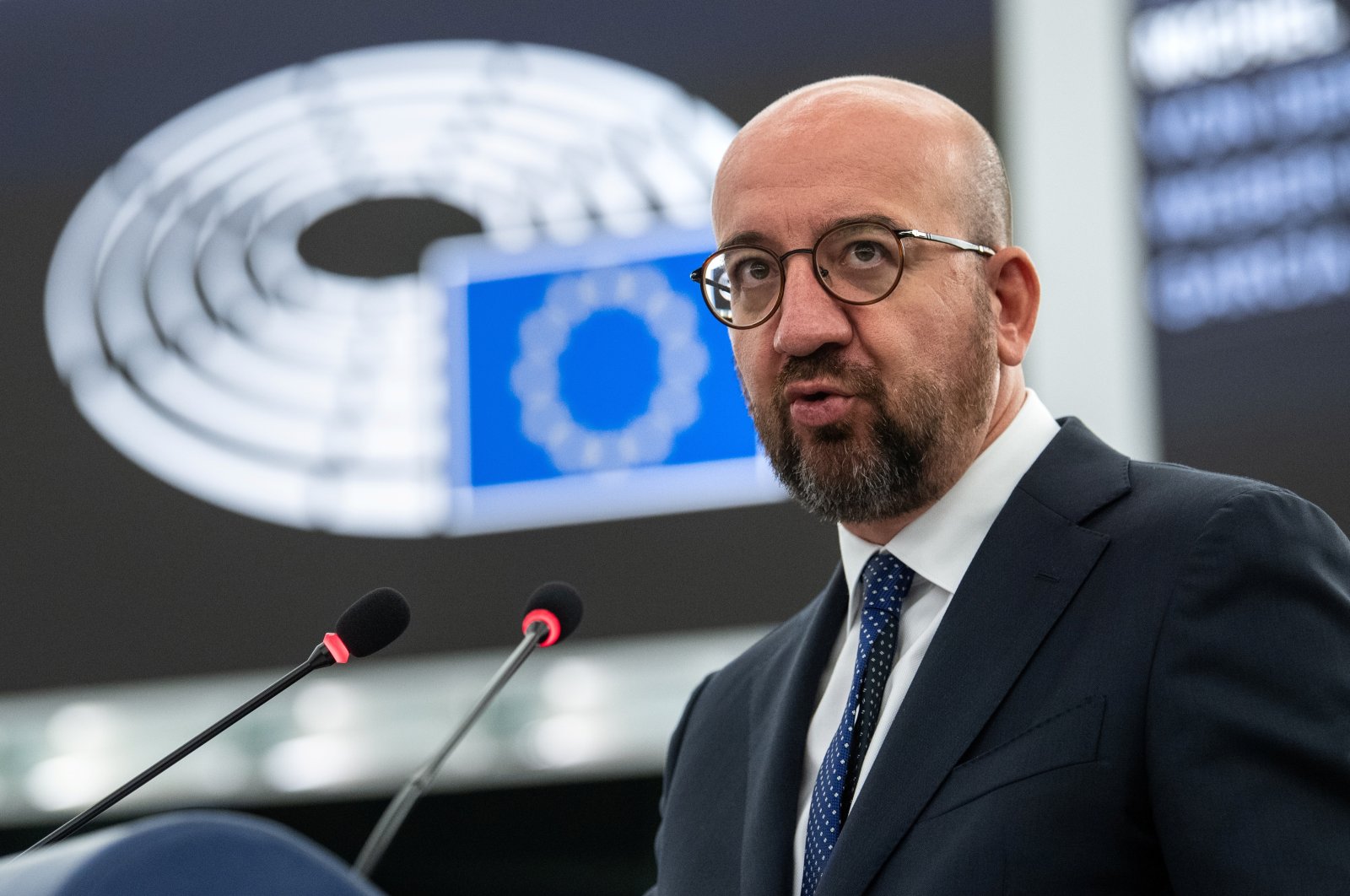 The European Union will continue to build its policy toward Turkey based on establishing face-to-face, proportional and permanent relations, European Council President Charles Michel said Wednesday.

Michel addressed the European Parliament during a session on the results of the EU leaders' summit held June 24-25.

Stating that the COVID-19 pandemic, the foreign relations aspect of migration, economic recovery, fundamental rights and the rule of law were discussed at the summit meeting, Michel said that the decrease in tensions in the Eastern Mediterranean is a good sign. Michel emphasized that the bloc will continue to develop its policy toward Turkey based on establishing in-person, proportionate and irreversible relations.

Reminding deputies that work has begun to update the EU-Turkey Customs Union, Michel said that the European Commission has agreed to provide additional funds for Syrians hosted by Turkey.

The EU decided to continue their work on updating the customs union with Turkey, German Chancellor Angela Merkel said after the summit, and added that the bloc also agreed on additional funding of 3 billion euros ($3.6 billion) for migrants in Turkey.

She said that the European Commission submitted a report on how the migration deal with Turkey can be extended. "We will continue the work on the customs union, and of course we expect a constructive attitude from Turkey. We have also seen an improvement in the situation in the Mediterranean," she said.

In response, Turkey's Foreign Ministry released a statement outlining that the decisions taken regarding Turkey at the summit in Brussels are far from containing the expected and necessary steps.

Turkey has more than fulfilled its responsibilities in terms of reducing tensions and initiating dialogue and cooperation, the statement said. "The EU's acknowledgment that the tension has decreased and delaying taking concrete decisions to implement the positive agenda, including updating the customs union, is seen as a delaying tactic, lack of will and abuse of EU membership by one or two member states. Avoiding reference to our candidacy status in the text also confirms this view," it added.

"The proposed new financial aid package is for Syrian refugees, not Turkey, and is essentially a step to be taken to ensure EU's own peace and security. Reducing migration cooperation to just a financial dimension is a big mistake. Aiming for close cooperation in this area would be beneficial for everyone," it said.

In March 2016, the EU and Turkey reached an agreement to stop irregular migration through the Aegean Sea and improve the conditions of more than 3 million Syrian refugees in Turkey. The deal has been successful in stemming the flow of migrants and refugees, but the EU’s reluctance to take in refugees from Turkey, and bureaucratic hurdles in transferring promised funds for refugees, have led to sharp criticism from Turkish politicians.

Ankara criticized the EU for failing to fulfill its pledge to provide funding for migrants and refugees in Turkey as part of the pact while allocating billions of euros to Greece. Five years on, the pact is failing as Turkey struggles with increased numbers of migrants, while the EU is more divided than ever over its asylum policy.

Turkey is hosting 6 million migrants, with nearly 4 million from Syria, according to the country's migration authority. That is 2 million more than in 2016 and a heavy burden on a country that only had 60,000 asylum-seekers in 2011 before Syria's civil war broke out.