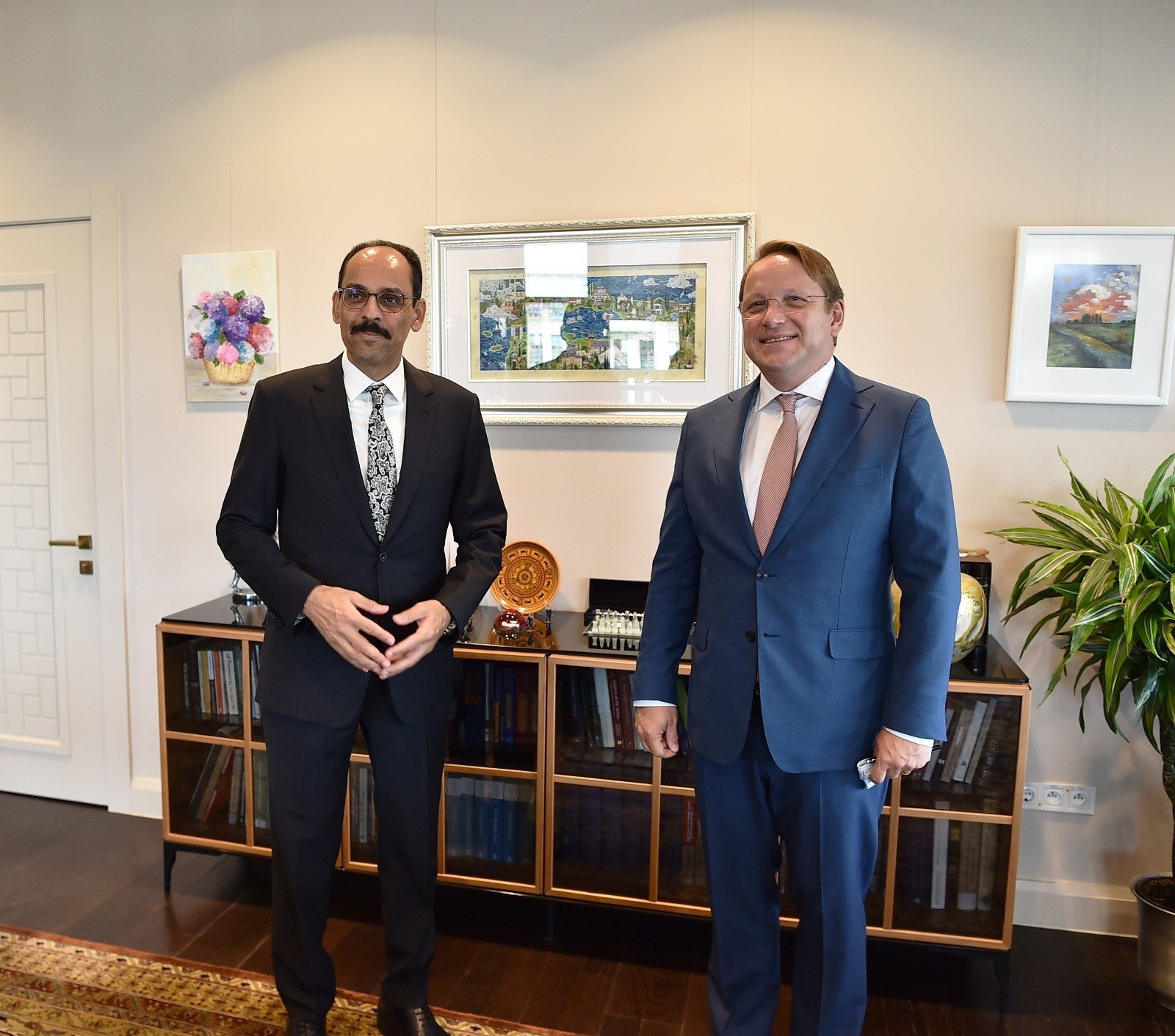 Senior Turkish officials and the European Union's neighborhood and enlargement commissioner on Tuesday met to discuss migration and regional issues.

The strategic importance of Turkish-EU relations was also highlighted at the meeting, and it was emphasized that a positive agenda should be maintained, according to the statement.

Turkey's expectations that concrete steps be taken toward visa liberalization, modernizing the 1995 EU-Turkey Customs Union and updating the migration agreement were also expressed during the meeting, it added.

During the meeting, Turkish officials stressed that the operation of the High-Level Dialogue mechanism between Turkey and the EU would contribute to a positive agenda, underlining that the EU should act with a sense of joint responsibility and reduce Turkey's migration burden.

On the issue of Cyprus, Turkish officials stressed that a two-state solution for the long-divided island is the fairest solution and that the EU adopting a fair, rational and impartial stance on the issue would contribute to a solution.

On Afghanistan, Turkey and the EU agreed that they should continue their close cooperation and diplomatic initiatives to ensure peace and stability in the country and prevent a new wave of migration.

The migration deal was signed on March 18, 2016, as the Syrian civil war continued to uproot millions who then began their "journey of hope" to reach the EU.

Turkey has long complained that while it upheld its end of the deal, the EU did not keep its pledges, including on visa liberalization.

Sharing a photo with Kalın on Twitter, Varhelyi said: "Pleased to have had a good and comprehensive discussion on EU-Turkey relations as well as regional developments with @ikalin1 today in Ankara."

"Constructive exchange of views with Minister of Interior @suleymansoylu on bilateral relations, migration, and regional issues," he wrote on Twitter.