There has been normalization trend in Turkey-EU ties: Deputy FM 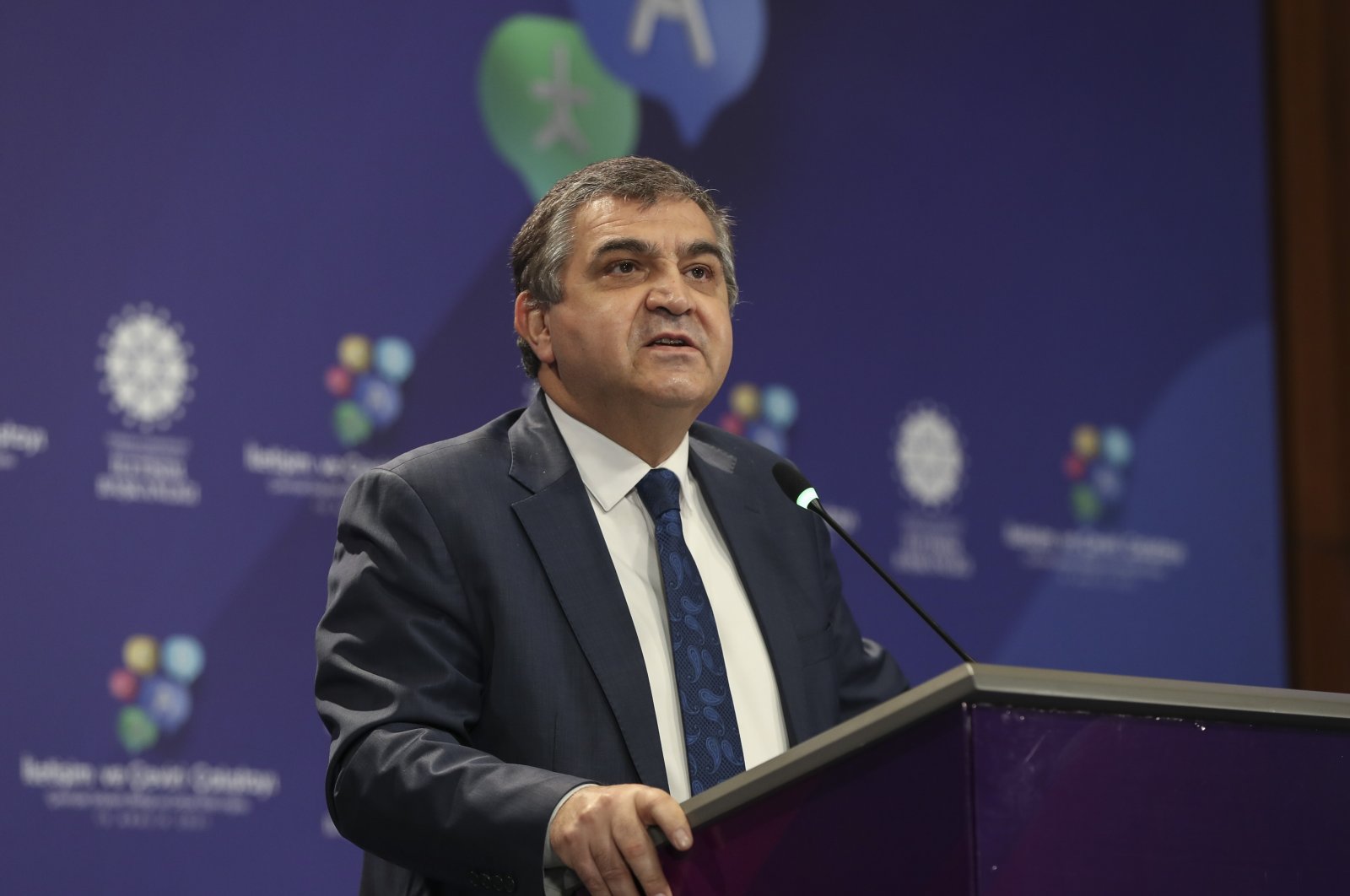 Turkish Deputy Foreign Minister Faruk Kaymakcı speaks at the Communication and Translation Workshop organized by the Directorate of Communications in the capital Ankara, Turkey, Dec. 15, 2021. (AA Photo)
by DAILY SABAH WITH AA Dec 15, 2021 11:05 am
RECOMMENDED

Communication and dialogue between Turkey and the European Union have not been at the level Ankara wanted for the last few years, but there has been a certain normalization trend in relations in the last six months, Turkish Deputy Foreign Minister Faruk Kaymakcı said Wednesday.

Kaymakcı spoke at the Communication and Translation Workshop organized by the Directorate of Communications in the capital Ankara with the theme of "Unity of Discourse in Translation and Construction of a Common Language."

Pointing out that communication is one of the most important issues in relations with the EU, Kaymakcı said: "As a candidate country, we normally maintain our relations within the framework of the membership negotiations, but unfortunately we have not been in a level of communication and dialogue with the EU in the last few years. In the last six months, there has been a certain softening in the relations and gradually normalizing tendencies."

Kaymakcı stated that they started high-level dialogue meetings with the EU, especially on issues such as health, the fight against terrorism and migration, they conveyed their expectations for the Customs Union update and they continue their relations and communication with the EU within the framework of climate change and green transformation.

Reiterating that they accepted the national action plan covering the years 2021-2023 for EU accession, Kaymakcı stated that this program lists the steps that Turkey will take for EU membership in the next two years.

Kaymakcı stated that Turkey has accepted its own green agreement action plan for harmonization with the green agreement brought to the agenda by the EU, adding: "With the approval of the Paris Agreement, Turkey will effectively continue its role in the new green world order."

Earlier this year, Turkey accepted a bill proposal on the ratification of the Paris climate deal. Turkey was among the first signatories of the Paris Agreement in 2015 but did not initiate the ratification process due to its objections to injustices in the section on obligations, President Recep Tayyip Erdoğan had earlier said.

European Union leaders earlier this year said the bloc is ready to support a concrete and positive agenda with Turkey, especially when it comes to economic cooperation and migration, after Erdoğan received the head of the European Council, Charles Michel, and the head of the European Commission, Ursula von der Leyen, in Ankara to discuss bilateral ties and establish a way forward after tensions heightened last year.

Last month, Kaymakcı also said Turkey is not moving away but is being pushed away by some European Union countries.

Both the EU and Turkey have voiced their intentions to set a positive agenda, yet further efforts and actions are needed. Turkey has reiterated that it is part of Europe and sees its future in the EU, adding that it will continue to work toward full membership.