Inviting bureaucracy to oppose govt is call for tutelage: Erdoğan 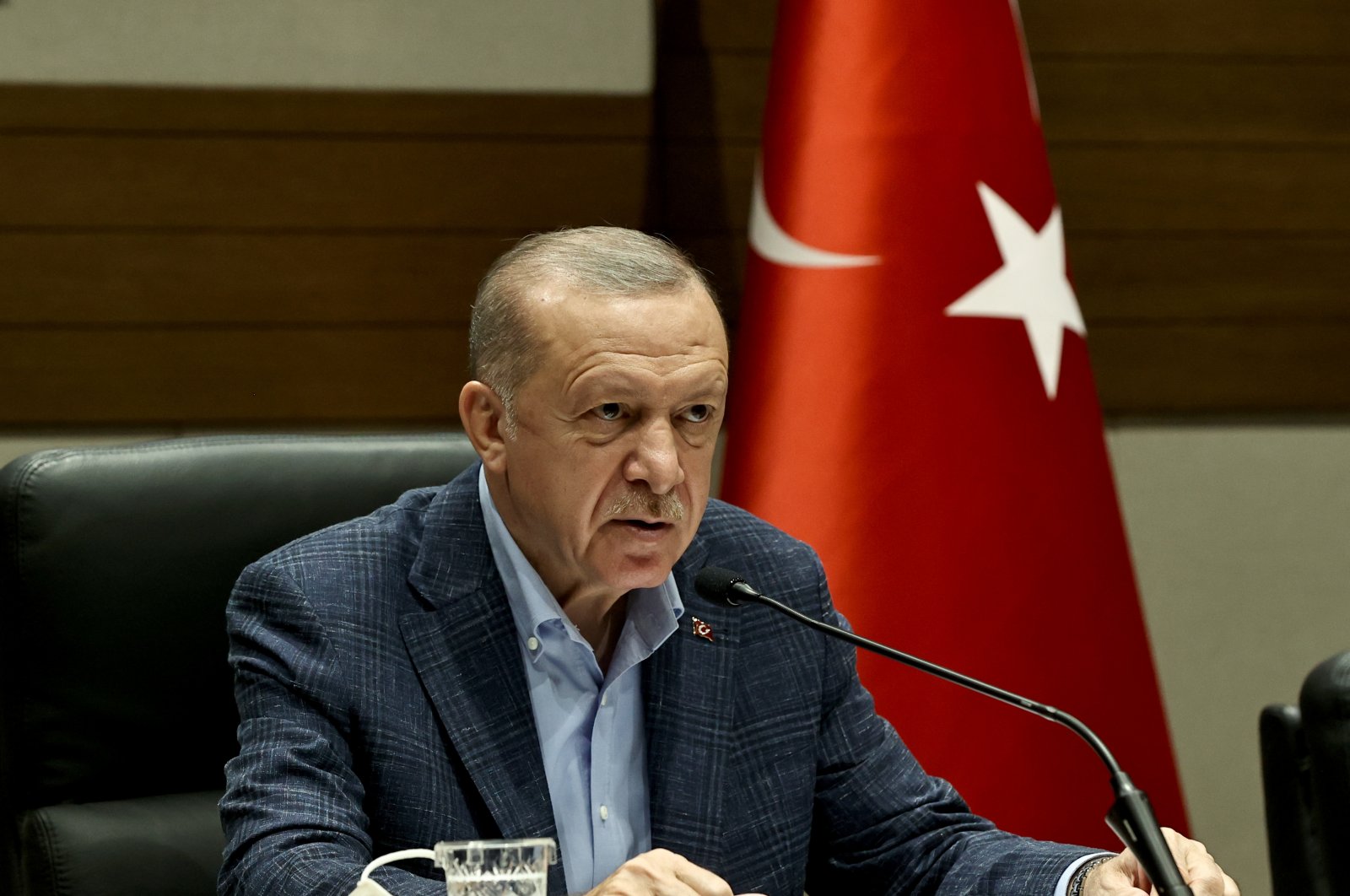 Inviting the bureaucracy to oppose the elected government is nothing but a call for tutelage, President Recep Tayyip Erdoğan said Sunday in reference to the main opposition Republican People's Party (CHP) Chair Kemal Kılıçdaroğlu's recent threats.

Addressing reporters in Istanbul before departing for Angola on a four-day Africa diplomacy tour to Angola, Nigeria and Togo, Erdoğan said that Kılıçdaroğlu's recent threat to public officials is clearly a crime and a political failure.

Kılıçdaroğlu on Saturday in a video message shared on social media called on public officials not to follow the orders of the ruling government, saying: "I say clearly, you cannot serve the mafia order in the name of duty. You cannot consider illegal works as orders. You are honorable officers of this state, not the Erdoğan family. This is the last call of your brother Kılıçdaroğlu for you to come to mind. As of Monday, Oct. 18, the responsibility of all your support to the illegal requests of this order will begin to belong to you. You can't get away with this dirty work by saying 'I have received orders.' Whatever is being done to you illegally, stop by Monday."

"This statement is a clear admission that the CHP mentality is a tutelage mentality. Inviting the bureaucracy to oppose the elected government is nothing but a call for tutelage," Erdoğan said in response.

"Turkey is a state of law. I remind Mr. Kemal of this. It is not the field where Mr. Kemal plays games. Gone are the days when you were enthusiastic. Everyone, from the president to the lowest-ranking civil servant, has to do their duty in accordance with the law," Erdoğan added.

He underlined that Turkey buried the tutelage and coup mentality a long time ago.

The Nation Alliance main opposition bloc led by CHP and the Good Party (IP) has recently intensified calls for an early election and a return to the parliamentary system from the existing presidential government system, making political moves in this regard.

After the Turkish lira plunged to a record low against the U.S. dollar last week, Kılıçdaroğlu visited the Central Bank of the Republic of Turkey (CBRT) and held a meeting with its Governor Şahap Kavcıoğlu.

After the meeting, Kavcıoğlu said: "The central bank is strong, it takes the necessary decisions together with the Monetary Policy Committee, with its reserves and figures and its struggle for price stability."

Additionally, the Ankara Chief Public Prosecutor’s Office has launched an investigation on its own motion about recent claims by Kılıçdaroğlu that political murders may be committed in Turkey, a claim strongly rejected and condemned by officials, including Interior Minister Süleyman Soylu.

The investigation followed recent allegations by Kılıçdaroğlu, who indirectly implied that the government may be planning political assassinations.

“I have concerns about murders. Erdoğan will do everything to stay in power,” Kılıçdaroğlu told journalists at a meeting in souhtern Mersin province last week.

The official transition to the new system took place when Erdoğan took the presidential oath of office in Parliament after the June 24, 2018, general elections, in which he won 52.6% of the votes.