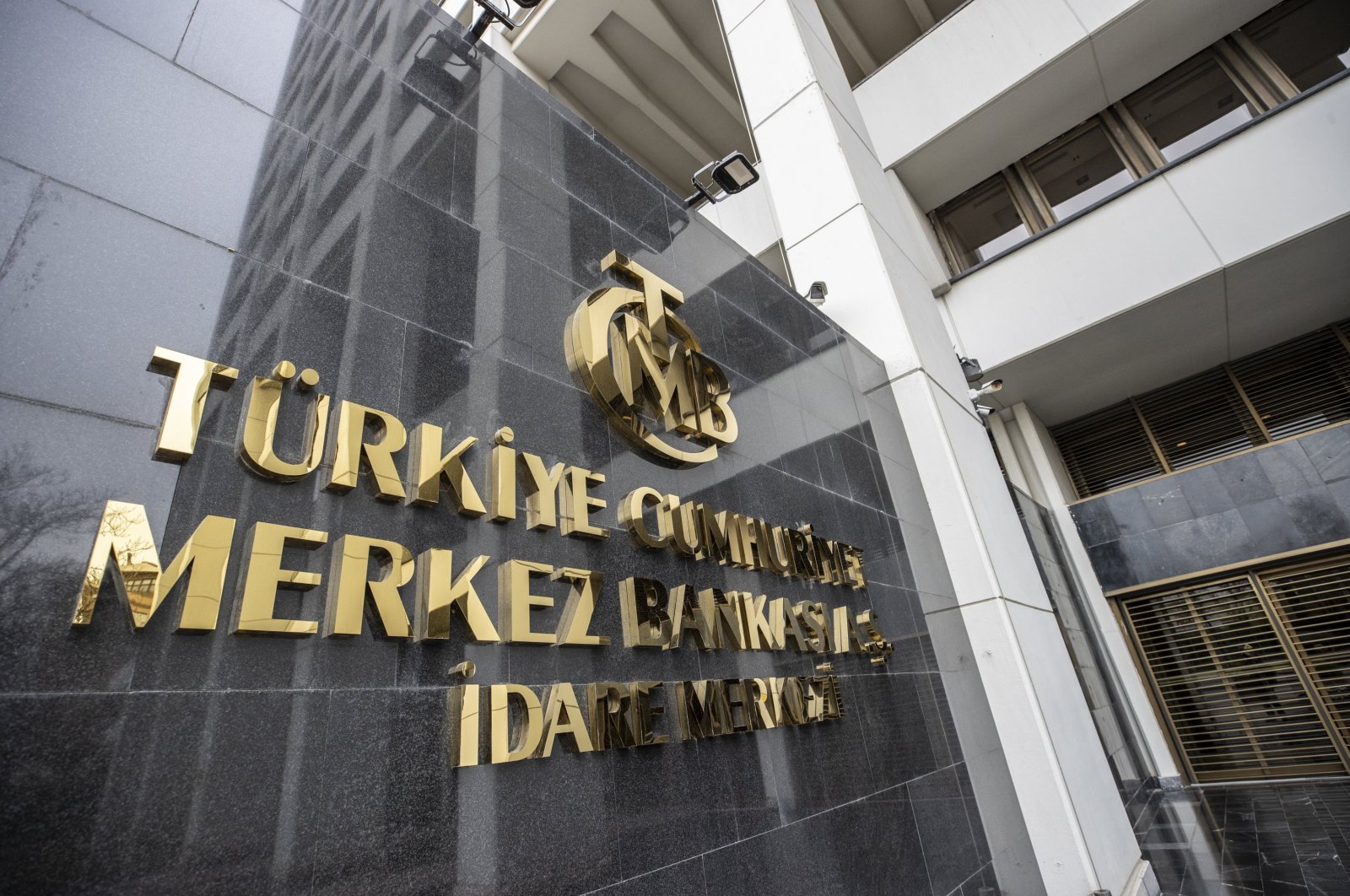 The logo of the Central Bank of the Republic of Turkey at the entrance of the bank's headquarters in the capital Ankara, Turkey, April 19, 2020. (AA Photo)
by Daily Sabah Oct 14, 2021 12:14 am
RECOMMENDED

Turkey has dismissed two of its central bank deputy governors and another high-level official early Thursday, according to the Official Gazette.

Taha Çakmak was appointed deputy governor while Yusuf Tuna replaced Yavaş as a member of the committee.

The MPC overhaul came after the presidency said on Wednesday evening that Erdoğan had met Central Bank Governor Şahap Kavcıoğlu, publishing a photo of the two men together.

Çakmak, the new deputy governor, was a deputy chairman at Turkey’s Banking Regulation and Supervision Agency (BDDK) from 2019. Previously he held posts at state lender Ziraat Bank, including head of human resources.

Tuna, the other MPC hire, was a professor and also served as a management board member at the BDDK from 2003-2009.

Following the move, Turkish lira plunged to record low of 9.18 against U.S. dollar amid the latter's ongoing strengthening trend for the past two months.

The central bank had surprised markets by unexpectedly cutting its key policy rate to 18% from 19% last month.

Kavcıoğlu said this week that the rate cut was not a surprise and had little to do with the subsequent lira sell-off.

The bank’s next policy-setting meeting is on Oct. 21.

Turkey’s annual inflation accelerated to 19.58% in September, its highest level in two and a half years, while a core measure – which Kavcıoğlu has been stressing over the last month – was 16.98%.

The governor this week told investors the bank does not look only at core inflation measures in determining monetary policy.

He stressed that the monetary policy was sufficiently tight to tackle inflation and expected core price measures to fall in the short term.

Kavcıoğlu took the post almost seven months ago, replacing Naci Ağbal. He is the CBRT’s fourth governor in less than two years.

Murat Çetinkaya had served as the bank’s chief between April 2016 and July 2019. His replacement Murat Uysal served for 16 months until November last year when he was fired and replaced by Ağbal, who spent less than five months in the office.