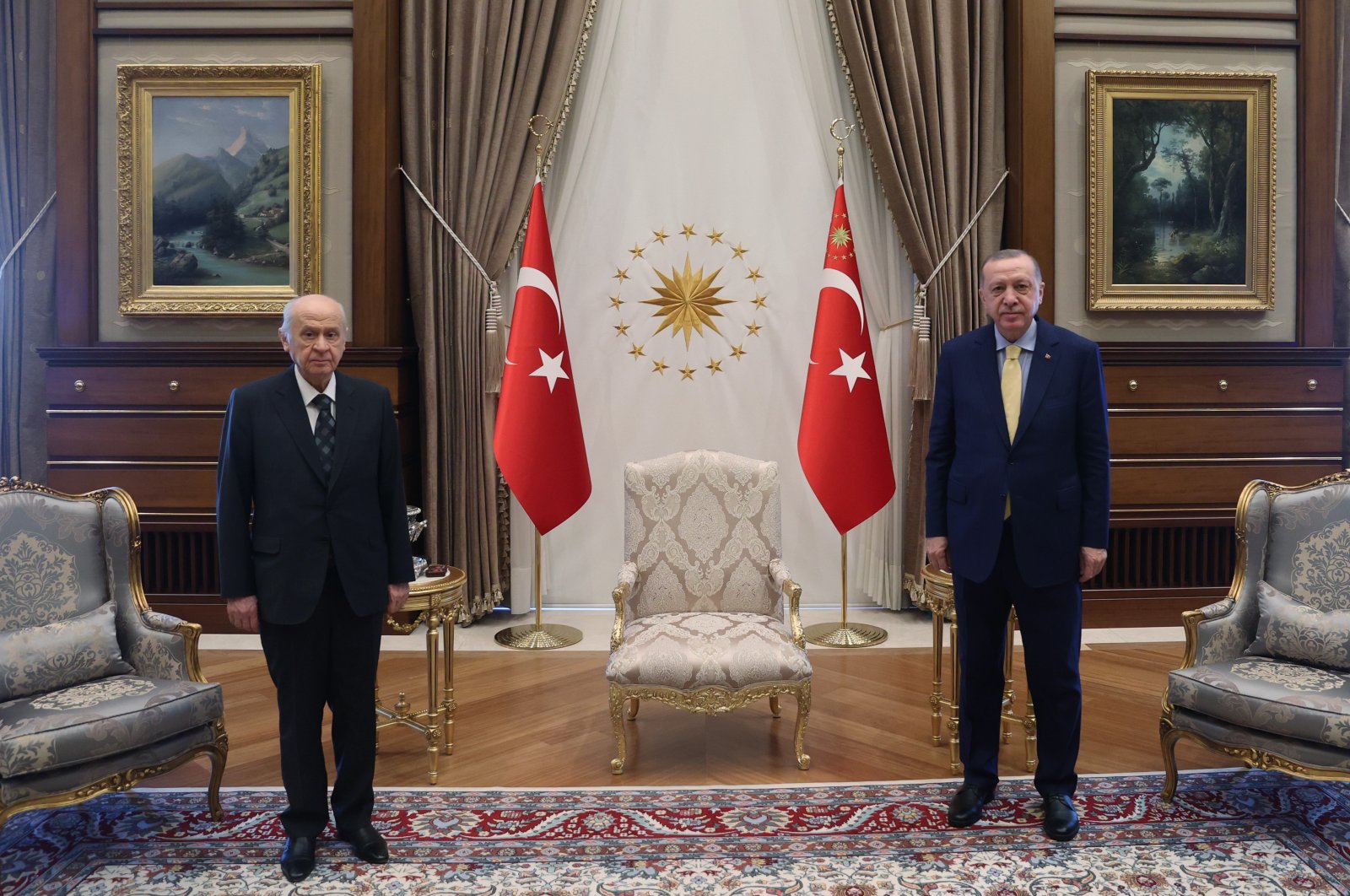 The ruling Justice and Development Party (AK Party) and the Nationalist Movement Party (MHP) agreed to form a scientific committee for the Reestablishment Constitution under the chairmanship of presidential adviser Yavuz Atar, a media outlet reported Wednesday.

An article in Akşam daily said the decision was made during a phone call between President Recep Tayyip Erdoğan and MHP leader Devlet Bahçeli. Accordingly, a scientific committee consisting of constitution professors will be formed. The board will also include one representative from both the AK Party and the MHP.

The two political groups are partners in the People’s Alliance election bloc, which aims to complete the constitution within two years.

The conditions are ripe for preparing a new constitution in Turkey, Erdoğan said earlier this month, as he indicated that the country would pursue a new text rather than revising the existing document, which has been criticized for having traces of putschist ideology.

He noted that the People's Alliance and the Parliament in general, have a great responsibility in this regard, as all sides can sit down and discuss different opinions.

The MHP pledged to support the plan to draft a new document, as Bahçeli underlined in his statement that the country's Constitution in its present form was the "product of extraordinary conditions."