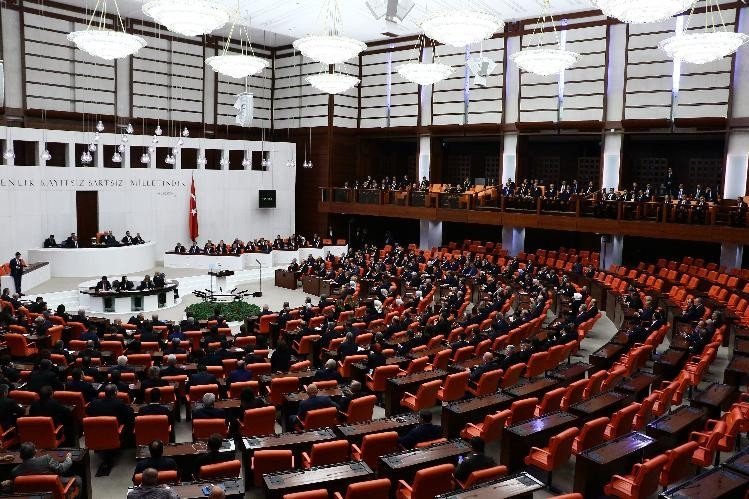 A group of former deputies released a statement Monday supporting the 104 retired navy admirals who signed a "declaration" that warns the government to keep the commitment to the Montreux Convention and to abandon plans to build a new canal in Istanbul.

The former deputies, who served from the main opposition Republican People's Party (CHP) in different parliamentary terms, said in the statement that the government should refrain from discrediting the Montreux Convention, which is “Turkey’s biggest diplomatic success after the Lausanne Treaty and a guarantee of Turkey’s authority over Istanbul and Dardanelles straits.”

Most figures among the 96 names that signed the statement constitute the centrist-Kemalist cadres of the party, of which mostly represent the CHP's intraparty dissidents.

The deputies added that it is wrong to accuse the retired admirals of having putschist intentions for voicing their opinion.

Prior to the admirals, 126 former ambassadors had voiced their opposition against Montreux Convention becoming a subject of debate.

The declaration drew mixed reactions from opposition parties and figures.

Turkish officials on Sunday strongly condemned the declaration, which has drawn a strong reaction from the government and the public saying it implies interference in democratic institutions and public will.

The Ankara Prosecutor’s Office also launched an investigation based on Article 316/1 of the Turkish Penal Code. In a statement, the prosecutor’s office said the 10 suspects were detained to prevent the destruction of evidence and to determine other suspects involved in the incident, while four other suspects were not detained due to their age but were told to report to the Ankara Police Directorate within three days.