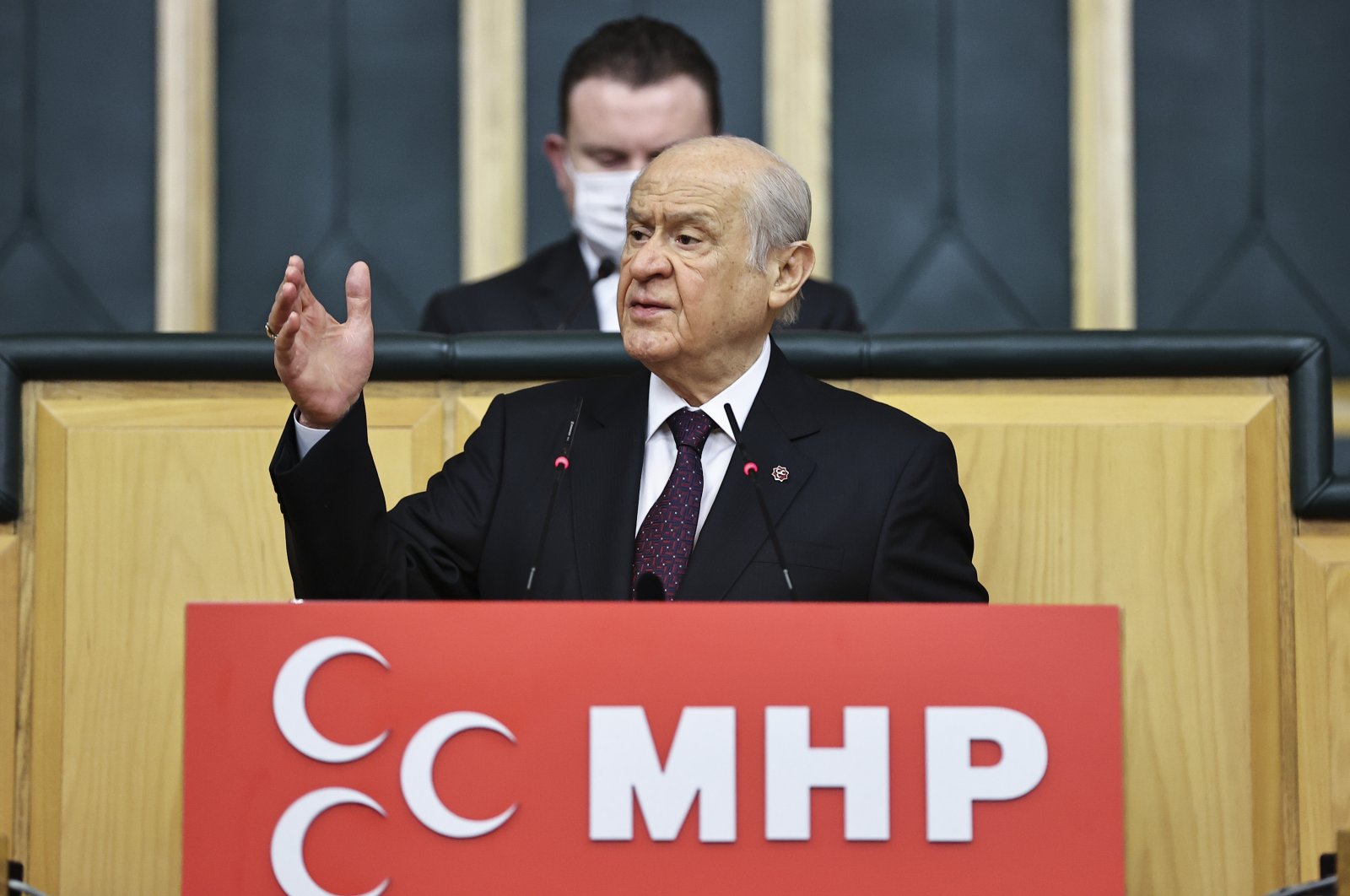 The declaration signed by 104 retired admirals is a call for a coup, Nationalist Movement Party (MHP) leader Devlet Bahçeli said Tuesday, adding that the statement targeted democracy and the national will.

Speaking during a party meeting in the capital Ankara, Bahçeli said that the declaration by the retired admirals is a black stain on the history of Turkish democracy.

"Clearing this stain is the honor of democracy, law and national will against history," he said.

The MHP leader was of the view that the admirals committed a crime with their statement, saying, "This crime cannot and will not go unpunished."

Bahçeli said it was a call for a coup. "This statement violates the law, and (it's) a weapon directed at the national will."

Bahçeli's remarks came amid discussions after 104 retired navy admirals late Saturday signed a "declaration" warning the government to keep its commitment to the Montreux Convention and abandon plans to build a new canal in Istanbul.

The declaration has drawn a strong reaction from the officials and the public who say it implies interference in democratic institutions and public will.

The Montreux Convention is an inseparable part of the Treaty of Lausanne, Bahçeli also said, calling the convention a red line and a guarantee for peace and stability in the Black Sea.

"First of all, I would like to say that the Montreux Convention signed in 1936 is a component and inseparable part of the Treaty of Lausanne," Bahçeli told his party's parliamentary group.

"At the same time, it is our red line which guarantees peace and stability in the Black Sea," Bahçeli said.

"Moreover, there is no one in Turkey who opens the Montreux Convention for discussion or calls for abolishing it," he added.

The Montreux Convention is a 1936 agreement that gives Turkey control over the Bosporus and Dardanelles and regulates the transit of naval warships. The convention guarantees the free passage of civilian vessels in times of peace and restricts the passage of naval ships that do not belong to littoral Black Sea states.

The Treaty of Lausanne – which was signed between Turkey and World War I allies Britain, France, Italy, Japan, Greece and Romania in 1923 – ended the Turkish War of Independence and scrapped the humiliating Treaty of Sevres imposed upon the Ottoman government after its defeat and determined Turkey's new borders.